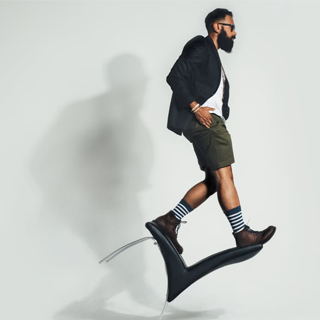 Your attraction to the Ram is understandable. He moves through the world on his own terms and makes commitments that are adhered to. His good looks are complemented with athleticism that makes him look physically fit even when he might have stayed away from the gym for quite some time.

His natural independence makes him a real “catch” as well, as it may appear that he prefers to wander instead of settling down. However, the sincerity and simplicity of the Ram cannot be overstated. You can guarantee you are getting exactly what is advertised. Check him out and you will discover that what you see is what you get.

The Aries Man: Care and Maintenance

When you want a jolt of non-stop energy and a curious mind that never stops, you are looking for an Aries. When you are interested in someone who will respect your space and your individuality, an Aries man is hard to surpass. If it is acceptance that you crave, along with some distance to balance the intimacy between you two, an Aries man is quite suited for your needs.

Holding on to his affections might seem impossible at first. If you can adjust your expectations, you will realize that he is already meeting most of what you want in a partner. Aries men are turned off by clingy women, needy partners, and a lingering invasion of their private spaces and time.

Every Ram needs a little area in the universe to call his own. If you can leave him alone when the need for his brooding arises, you will have his heart. He seeks the reassuring tranquility of partnership, yet needs a respite to be one with the universe.

None of this, though, has to affect a love relationship. In fact, a strong woman understands the need for space. A clingy and needy woman appears unattractive in the eye of the Aries man.

See how you can find a Ram who’ll stick around. Whether you are partnering up for passion or practicality (or both), your sign may have some traits he finds irresistible. Read below to see how a girl with your zodiac sign gets along with a Ram man before you decide to lock horns.

Keen Editorial Staff
Keen's Editorial Staff is made up of world-class writers, astrologers, psychics, and advisors with diverse experience and spiritual sensitivity.
Gemini Man in Love & Relationships
Numerology: The Cosmic Vibrations of Numbers

Psychic Events to Look Out…

How Does Astrology Compatibility Work?