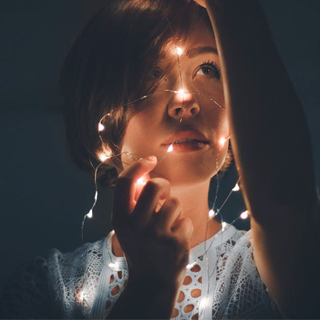 Finding love is sometimes a daunting task. It’s often especially difficult for the Pisces woman. Why? Because she’s the ultimate romantic. The typical Fish will often sacrifice all for love, sometime to her detriment. If she finds herself entangled with the wrong partner, emotional Pisces can end up with nothing to show for her efforts except a broken heart and a bruised ego.

Pisces needs a partner who will understand and appreciate her deep emotions and one who will reciprocate her intense feelings. She needs a sense of stability to anchor her flights of fantasy. Which signs will she be most compatible with? Which signs should she avoid?

This match will likely be beneficial for Aries but not as much for Pisces. While the Fish is tender, kind and thoughtful, the Ram is aggressive and occasionally ill-tempered. Aries is also somewhat of a loner and will have trouble “opening up” emotionally to Pisces. The Fish will often see the Ram as insensitive, brash, and selfish.

This match has great possibilities. Taurus can provide the practicality and stability that Pisces lack. Most Bulls are patient, faithful and will be careful not to hurt the Fish’s feelings. These two signs often bring out the best in each other. When the Fish retreats into her fantasy world, the Bull can bring her back to reality. On the other hand, when Taurus becomes too rooted in his boring reality, Pisces can provide him with an imaginative escape.

This isn’t usually a good match for Pisces. Gemini tends to tease a lot, and occasionally Pisces will be the butt of these jokes and will end up feeling hurt. Gemini won’t be able to provide the stability that Pisces needs. He’ll likely get bored quickly with Pisces and will toss her aside. He simply isn’t into forming the deep emotional bonds that Pisces needs.

The Crab and the Fish can be a wonderful combination, and not just at a restaurant. Like Pisces, Cancer is emotional, sensitive and will understand and reciprocate the Fish’s powerful feelings. The Crab is also steadfast and provides the security that the fish needs. Cancer will appreciate the tenderness of his Pisces mate and the Fish will adore the Crab’s affectionate nature.

Fish girls will do well to steer clear of the Leo man. The Lion is the ultimate extrovert, while Pisces is usually very private. Leo can be insensitive which can lead to a wounded Fish. The sex life in this relationship can be filled with fiery passion, but other important areas can go overlooked. His bold and abrasive nature will be difficult for her to handle, while her inability to make decisions will drive Leo crazy.

A pairing that rarely works, this relationship will be fraught with problems and will be a challenge at every turn. The Virgo man is much too practical for dreamy Pisces. He will never understand her need and desire to escape into her fantasy world. Also, Pisces hates arguing, and Virgo often thrives on it. He’s very critical of just about everything and expects order, while the Fish is more comfortable with chaos.

Potentially a good match for both parties, the two signs have a deep appreciation for beauty in many forms and are imaginative. The Libra man is emotional, although not as emotional as the Pisces woman. The Scale and the Fish love harmony and avoid discord, so the relationship should be a peaceful one where each partner respects the other. There will also be a profound sexual intimacy with this couple.

The Scorpio man is often a great match for Pisces. Both signs are emotional, intuitive and romantic. The chance for a deep commitment is likely. For this to work, the Fish will have to curb her natural flirtatious tendencies as Scorpions are intensely jealous and possessive. The Fish will adore his protective nature, though. Scorpio and Pisces will be able to connect on a number of levels, including a powerful sexual intimacy.

The Fish should keep on swimming for a number of reasons. Pisces needs emotional security and she won’t find it in the Archer. The Sagittarius man is a sexual explorer and will often seek numerous partners. Pisces needs someone who is completely committed to her alone and the Archer needs his space. Sagittarius is brutally frank in his opinions which will be too harsh for tender Pisces. This couple will probably spend more time arguing than relating to each other in a positive way.

Although opposites in several ways, with some effort from both parties this relationship can work. The Capricorn man doesn’t like to share his feelings, while emotional connection is important to the Fish. She should be able to win his trust through her devotion, allowing him to let his guard down. Unlike Pisces, the Goat is stable and ambitious, which will bring a happy medium to the relationship.

He might be bearing water, but that shouldn’t seduce our water-dwelling heroine. An Aquarius man is far too aloof for Pisces. The two share immense creativity, and they’ll appreciate that quality in each other, but a long-lasting intimate relationship between the Water-bearer and the Fish is doubtful. Both partners will often be so lost in their own thoughts that communicating with each other will prove difficult. This could be a fun fling for the Fish, but a long-term relationship is probably out of the question.

Two Fish in the same bowl? A relationship between a Pisces woman and a Pisces man is a mixture of good and bad. On one hand, they are both extremely sensitive and will be mindful of each other’s feelings. Problems can arise if both partners experience a deep depression at the same time. Since both partners prefer retreating into a fantasy world whenever reality gets too harsh, no one to take the reins and make important decisions.

The above are just general guidelines. There might be a good match specifically for you that is an exception. If you’re serious about finding love, consulting a psychic can be your best strategy. A psychic can provide invaluable advice about your love matches, along with knowledge about yourself. A psychic can help you find love on the deepest emotional levels – the exact kind that Pisces needs to be completely fulfilled. Based on your rising signs, your moon placements, and your Venus placements they can create a chart specifically for you. Consulting a knowledgeable, caring psychic is just a phone call away. It could be the most important call you ever make in finding love!

Keen Editorial Staff
Keen's Editorial Staff is made up of world-class writers, astrologers, psychics, and advisors with diverse experience and spiritual sensitivity.
Taurus Woman Love Advice
Healing the Heart Chakra: Changing the Way You Love From Within