Chiron in Pisces: What Do You Want in Life?

Home /Astrology/Chiron in Pisces: What Do You Want in Life?
Astrology | 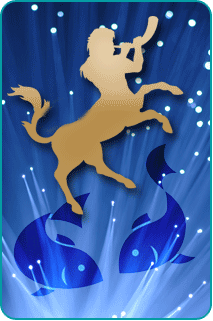 While the planets have long been known to have an influence over life on Earth, a comet discovered in the 1970s has been observed to have an astrologically significant effect on us based on our respective astrological signs. The comet’s name is Chiron and it was discovered in 1977. It has many astronomical oddities and is not included in every astrology book. Some people consider Chiron to be a unique class of space object that has the characteristics of both a comet and an asteroid, but it is doomed to leave us one day, so therefore is a comet.

Chiron circles the Sun located between Saturn and the planet Uranus. Its orbit takes 50 years, but this rotation is quite eccentric. Chiron spends almost half of that time in two zodiac signs: Pisces and Aries. Instead of a circular path, Chiron’s orbit is an oval and as it moves away from Saturn and towards Uranus, its trip across these zodiac signs can take almost two decades. When Chiron is close to Saturn it begins to wobble as it gets too close to the gravitational pull of that planet. It is theorized that just as Chiron got caught in Saturn’s pull an unknown number of centuries ago, so too it will someday be unleashed into deep space, trapped by the solar system no more.

Astrologers have only had 33 years to study Chiron and much lively debate centers on the meaning of this comet to all of us down here on Earth. As it isn’t a planet, this comet has not been assigned a sign over which it rules. It has been observed that its influences mimic both Saturn and the planet Uranus in that it has an affect on setting limits (the influence of Saturn) and on the shocking moments of our lives (the planet Uranus rules over these). These electric limits are often defined as serving those who we wish we could be. Wherever Chiron is, our longing for fulfillment is in an area of life that we love, but in which we are inherently weak. Chiron’s influence is always present when the bittersweet moments of what we want and what we can have are seen to be eternally separate, no matter how much we believe them to be something destined to finally occur.

Chiron is well on its journey away from Saturn right now and will be moving towards Pisces for a long stay. The comet will be in Pisces until February 2019. Chiron indicates to us where we are most unrealistic, and yet where we would be of the most service in assisting those living the dream we have been denied by fate. Read your sign to see what dilemma this curious comet holds for you in the decade ahead.

Your desire for a spiritual existence is about to be challenged by your day-to-day life. It is impossible to transcend reality when you are amidst the grind 24/7. You will, however, be able to inspire by example in your daily life by giving money to the poor.

Your intense longing for recognition is being beaten down by the successful careerists who are far less talented than you, but far more connected on the social circuit. Your strong work, though, will always speak for itself and inspire enough people that you will be carried past the poseurs.

Career opportunities have long been denied you, and yet you have managed to advance to a place of status. From this perch you can let people know that you could be doing their jobs in your sleep. And they will agree because you deliver your managerial scolding with such pleasant prose.

Your desire to get out and see the world grows as you make more and more commitments to your local community. Perhaps you can function as a tour guide and meet travelers and newcomers as they come to your neck of the woods. Can your local enmeshments put you in touch with the different perspectives for which you so long?

Your aspirations in life are large and you have the personality to fill the bill and the stamina to complete the tasks. But it is the lack of a patron or investor that regularly stalls your progress. You dream big and need financing. Without a benefactor, will anything get done?

Your critical attention to detail requires that a person receive your criticism and benefit from it. When you give advice, someone has to follow it and become better for having done so. Chiron in Pisces will underscore your need to treat people well or you can be left analyzing your own world, alone.

Chiron in Pisces challenges you to address your weaknesses: procrastination and avoidance. While many look up to you for inspiration on getting their work done, your focus on them can easily slip over to the wrong side of codependency. Meanwhile all to which you aspire sits on the sidelines waiting.

The need to create on your own terms will be seen by some as your genius and by others as just stubbornness. Making the right connection might become an obsession that takes you away from the actual work itself and leaves you in an uncomfortable place.

Are you finalizing plans for remodeling a home or a move to bigger and better digs? Your ability to visualize projects around the house is greater than your follow-through on finishing them. Sagittarian optimism is challenged by Chiron in Pisces to be more focused.

Gossiping is one of the oldest forms of communication, and yet it remains frowned upon, especially in the elite circles in which you long to be accepted. But everyone is doing it, so why are you the one who seems to get caught doing it? Your inherent desire to be a class act is actually too challenging for most people.

Understanding the complexities of finances and investing would make you a great advisor on the subject for wealthy people looking to make their money work. However, you’d have a negative customer flow if they were to see how you conduct your personal finances, despite all your comprehension of the subject.

Is your volunteerism a way of keeping the people you love on the defensive if they are to criticize you? After all, you are out saving humanity, the planet, et cetera; just who is this person to critique you? Perhaps you can save a relationship and take the time to find out whom he or she is.

Keen Editorial Staff
Keen's Editorial Staff is made up of world-class writers, astrologers, psychics, and advisors with diverse experience and spiritual sensitivity.
Appreciating the Love you Have
Could a Leo Be Your Soulmate?