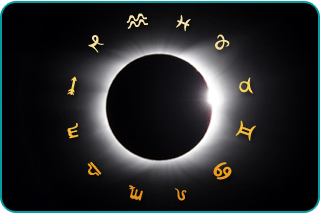 As astrologers chart your future, they predict good times as well as the bad. The way they do this is to look at the current locations of the planets. As the Moon and Sun follow the path of the zodiac, so to do the planets, each at their own pace. Anytime planets interact, it is called an “aspect.”

As planets move around the ancient circle of the zodiac, their relationship to earth changes day to day. There are times when the effect they have on earth is harmonious because of the position of another planet as it moves about its path. The real-time interaction of two planets is called a “current aspect,” as when this aspect takes place, it is currently happening. Harmonious planetary aspects occurring between two planets can lead to pleasant stretches of time among us all here on our home planet.

The second type of aspect is called a “transitory aspect.” This is when a planet moves into position with the location that another planet had on the day you were born. The location of the planets at the moment of your birth is recorded and calculated as your astrology chart. It is believed that the planets, the independent bodies of the solar system, began having an effect on you when you became an independent body on earth. The imprint of these planetary locations on you at this moment is your lifelong way of accepting the universe as it should be. The aspects between the planets in your astrology chart are called your “natal aspects.”

There are three harmonious aspects in astrology between planets: the conjunction, the trine and the sextile.

When a planet is moving into the same part of the zodiac as another planet, this is called a conjunction. While these planets are hundreds of thousands of miles apart, they appear to get together in the same spot of the zodiac as you look at them from earth and thus have an effect on us here. A solar eclipse is the best example of a conjunction; the Sun and the Moon are together in the sky as seen from earth.

A trine is when two objects or points in the zodiac are exactly 120° apart. A person who was born four zodiac signs after you, regardless of the year, will always be a soulmate possibility. Trines occur between signs that share the same astrological element. A natal trine aspect in your astrology chart is the indicator of your personality strengths.

Now that you have the basics of planetary aspects, read below about the different harmonious aspects of the planets your astrologer looks for to predict good times ahead or to understand the positive attributes in your personality.

The harmony created by planetary aspects is what creates the enthusiasm for life and the expressions of love we all share. When planets interact on a harmonious level, we are reminded that it is a wonderful world.