Full Moon in Pisces: Can You Get Satisfaction?

Home /Astrology/Full Moon in Pisces: Can You Get Satisfaction?
Astrology |
Facebook0Tweet0Pin0 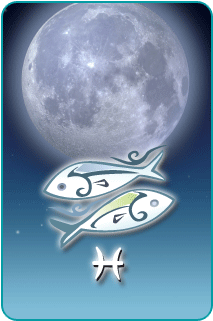 For thousands of years, human beings have followed the waxing and waning of the Moon. It was long ago discovered that the Moon’s relationship to the earth had an affect on the tides. The fortunes of nations depended on efficient shipping and the Moon’s path was studied intently. Like earth, the human body is about 75% water and is susceptible to the position of the Moon; we are all influenced by it and as we approach every full moon, the chances increase that our free will may give way to the urges of this heavenly body.

The monthly rotation of the Moon starts with its occupation of the same part of the sky as the Sun. This is called the new moon. Projects and relationships that commence during a new moon are blessed with strong development. As it forms a crescent and building toward becoming full, the Moon is said to be waxing. The full moon is exactly when the Moon is 180° opposite the Sun. Full moons are times of culmination and getting things done.

While all of humanity sways in cycles based on the rotation of the Moon, the other planets of our solar system interact in our daily choices as well. Sometimes there is a full moon that includes another planet in the path of the Sun and Moon, such as what is to happen in the coming days. At the end of February, a rare and powerful planetary alignment will put Jupiter in the same space as the Sun and, therefore, directly opposite the Moon. This will be making for more than just the ordinary full moon climax.

The Sun is the ruler of the human ego and the Moon influences the emotional nature of every person. When these two heavenly bodies interact, our goals and moods are in synch. The rhythm of their monthly movements keeps pace with our professional and interpersonal developments.

Jupiter is the planet of expansion and excess. Big things and bigger ideas abound when this big planet is interacting with us. For Jupiter to be involved in a full moon, you can bet that the usual concerns of this monthly lunar phenomenon will expand into concerns far greater than we all are used to experiencing.

This end of the month full moon occurs with the Sun and Jupiter together in the zodiac sign of Pisces and the Moon opposing them from Virgo. Pisces is the sign that sees the big picture, understands truths that go beyond language and can visualize worlds beyond that in which we live. Virgo is the sign that pays attention to the details, uses language to define all that can be imagined and embraces the magic of the everyday mundane experiences we all share.

The buildup to the full moon begins on Friday Morning, February 26 as the Moon creeps close to its exact full moon opposition. The climax is the exact moment of the Moon’s opposition to the Sun, which actually occurs at 8:38 a.m. PST on Sunday morning, February 28 just 18 minutes after the exact lunar opposition to Jupiter has occurred. In astrological terms, your ego drive will be in search of satisfaction like never before while an emotional need to constantly top yourself and your achievements will predominate.

Your zodiac sign will determine how you are affected by this rare lunar event involving Jupiter – the effects of which can linger all the way until lunchtime on Tuesday, March 2. Read your sign’s forecast below to understand your deep desire that is about to emerge this weekend. You can better harness the coming full moon fever by knowing the core impulses that are on their way.

Cosmic understanding lets you communicate in pictures and images.
Weekend Ego Boost: Proving you make a better executive than just a secretary.
Point of Passion: Recalling exactly how a friend likes breakfast in bed.

Getting the most out of a popularity contest, the other contestants are no match for you.
Weekend Ego Boost: You will make a parent or other authority figure so proud that you may get the weekend off.
Point of Passion: Standing out in the crowd will be a bigger turn-on than you or your date expected.

Your career drive could make this a work-at-home weekend. Someone who volunteers to shuffle paper has more on their mind.
Weekend Ego Boost: A recent bonus pays for some nice treats.
Point of Passion: The creature comforts of home finally get an in-depth exploration.

Try to get out of town and do something wild that will make the gossip rounds back home and at work.
Weekend Ego Boost: A complete stranger could be too enchanted with you to stop at asking your name.
Point of Passion: A lover will be shocked at how well you blend in with your new surroundings.

Finances are the determining factor in whether you are making love this weekend to celebrate your security or to release your anxiety.
Weekend Ego Boost: Someone who should invest in your project seems to be quite interested.
Point of Passion: As it all centers around the pursuit of pleasure this weekend, there will be many, many points.

A moody weekend features a confrontation with a partner; are you announcing an ultimatum or just being picky and neurotic?
Weekend Ego Boost: Seeing that a recent critique has been heeded and a new technique has been adopted.
Point of Passion: Showing your date a tried and true method of feeling great.

A long-held belief you have will be proven to work even better under the light of the full moon.
Weekend Ego Boost: There will be witnesses who can attest that you were right when you made what seemed to be a crazy prediction.
Point of Passion: Your patience will be rewarded as a long lusted-after partner comes forth.

Your childlike sense of wonder could inspire you to pursue a lover who reminds you of wilder times.
Weekend Ego Boost: Someone important will compliment you on a painting, song or poem.
Point of Passion: A popular local celebrity may have more than just eyes for you.

Entertaining at home can be like having pizza delivered, except in this instance it could be a cute co-worker or classmate.
Weekend Ego Boost: Bringing a few friends over gets lots of compliments on how your place looks.
Point of Passion: Some gossip around the office could come out of what goes on this weekend.

An intimate encounter with an exotic date will be the highlight of a weekend to remember. If you are in a committed relationship, pursue a fantasy with your partner.
Weekend Ego Boost: People in the neighborhood suddenly want to get to know you.
Point of Passion: Your physical ecstasy will transfer over into a spiritual phase.

Your money situation has improved to the point that you might spend the weekend splurging.
Weekend Ego Boost: Understanding your behavior as a consumer allows you to avoid clever marketing tricks.
Point of Passion: An old friend you bump into at a retail outlet might be ready for a clearance sale on love.

A partnership that has seen its share of ups and downs will be back in an intense, lasting way.
Weekend Ego Boost: You will be told you look better now than you did at a younger age.
Point of Passion: You have forgotten more about loving your old flame than anyone in between will ever know.

Facebook0Tweet0Pin0
Find Your Center: Wellbeing by the Zodiac
How Psychic is Your Sign?