Jump Into Action with Mars in Aquarius and Pisces

Home /Astrology/Jump Into Action with Mars in Aquarius and Pisces 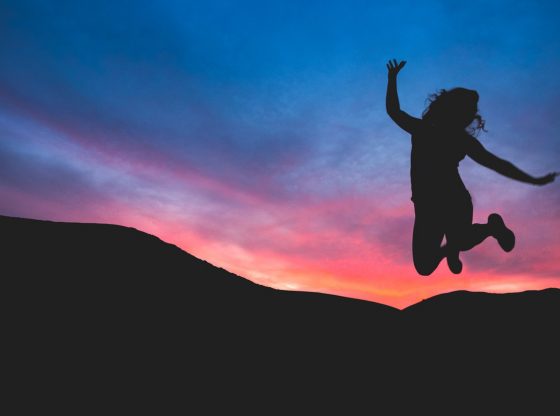 This article is Part 5 of Draven Grey’s written series “What to Expect Astrologically for the rest of 2018,” which outlines all you need to know about major astrological events, positions, and movements coming up from September 2018 through the end of the fall. Click here to check out the rest of the series!

Mars, although symbolizes war, is the “Warrior” of the Zodiac, and represents the nature of action that stems from desire. Representing the potency when it comes to human survival, Mars dictates how we handle our “fight or flight” response. As the “Warrior,” Mars is able to create a stance of forwardness, especially when trying to overcome obstacles, but Mars has its own set of rules that it plays by.

On September 10th, 2018 at 8:53 PM EST, Mars moved into Aquarius for the second time this year. This can be a very challenging energy, because of the position of indifference that it is able to create. It will remain in Aquarius until November 15th, 2018 at 10:20 PM, at which point it will enter into Pisces.

The “water bearer” sign tends to follow the trajectory of a theologian that fights for humanitarian causes, and so with the Warrior Planet moving retrograde through this position, it is able to bring an understanding for what the path of peace will entail, along with an ability for being noble in fighting for what’s right. This will be the shift of focus that will come forward over this time in the news and media, and will affect the world at large. But this is also a time for people with Mars in Aquarius in their sign to get more enjoyment out of life and to see that which is good in the world.

The position of Mars in Aquarius will be a good time to start relationships that are based on romance, but do be careful in starting relationships that are contingent on attraction, as this will not last long. Mars in Aquarius holds no patience for superficiality, which is part of how it is able to create such change and bring things to light that one might deem unjust over this course of time. This can prove to be a challenging time for Water Signs.

In the Tarot, Mars is represented by the Tower card, which on its surface shows destruction, but Mars can also be the position that rebuilds the Tower from its position of devastation. Aquarius is shown with the Star Card, and shows the clear vision of the direction that one should go in their path, but with this pairing Mars creates a positive fortitude, even though it can create hindrances for individuals with the Sun in Aquarius. Such individuals might find themselves pulling away, because of a stance of indifference. Because it is so easy for a member of Aquarius to find such fortitude for themselves an obstruction like Mars traveling through its path can diminish the position of fortitude that would otherwise be created.

On November 15th, 2018 at 6:20 PM EST, Mars will move through Pisces, which is, arguably, one of the most benevolent positions in the Zodiac, in terms of empathy, compassion, and understanding. But it is able to use rather unorthodox means to create this stance of empathy. People entering into a relationship during this course of time will find their relationships being long-lasting with a sense of love that is almost too much to bear. This is Mars’ final position before entering into the sign of the Zodiac that it rules, Aries.

Mars in Pisces is described in the Tarot with the ten of cups, and shows the nature of contentment, satiety, and happiness that is able to derive from love. Full disclosure must be made between two people that meet during this time, to begin a romantic nature, but honesty will win the war. Being open and honest about one’s past to one’s partner and expecting the same in return, is where this nature of full disclosure is able to create this greater position of contentment, and it is able to serve as a means for stabilizing the foundation of the relationship that is able to form. Because this position will be forming during Scorpio, this will enable complementing positions (more than opposites) of the Zodiac to find themselves creating strong and long standing relationships with each other. For example, Aquarius and Gemini, Taurus and Virgo, or Cancer and Pisces individuals are able to find this to be a more prominent time for joining together in greater romantic relationships.

On December 31st, 2018 at 10:19 PM, Mars will move into Aries, which I will write about in my next quarterly astrological article.

Keen Editorial Staff
Keen's Editorial Staff is made up of world-class writers, astrologers, psychics, and advisors with diverse experience and spiritual sensitivity.
Jupiter in Scorpio Will Bring Out the Truth
How Venus Will Impact Your Love Life This Fall