How Venus Will Impact Your Love Life This Fall

Home /Astrology/How Venus Will Impact Your Love Life This Fall 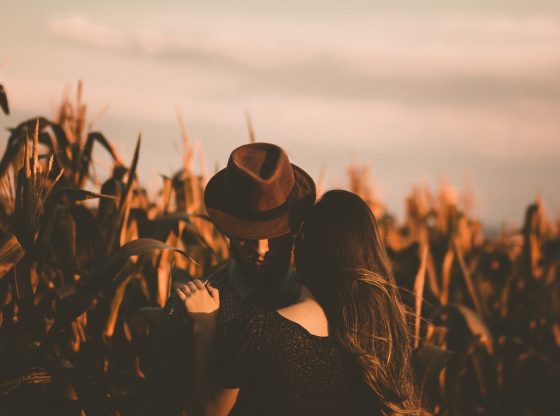 This article is Part 4 of Draven Grey’s written series “What to Expect Astrologically for the rest of 2018,” which outlines all you need to know about major astrological events, positions, and movements coming up from September 2018 through the end of the fall. Click here to check out the rest of the series!

Venus, the ruler of Libra and Taurus, has the capacity for bringing beauty to the equation, in a most materialistic sense (Venus will be discussed in further detail, below). It is earthly beauty that Venus corresponds to, as it rules both Libra and Taurus. During the first part of the Sun in Libra, Venus will continue its shadow period, where it appears to be still in the sky (a shadow period is a position that takes hold of a planet before it begins a retrograde/direct period). Venus plays favor to more financially driven matters to Taurus, especially when it comes to success in business and can, oftentimes, create love that is felt in more superficial capacities.

In the Tarot, Venus is represented by the Empress card, which provides the balance to the Emperor. The Empress holds both measures of earthly beauty and superficiality, but also understands the importance of the nature of love, which is able to create the greater degree of openness that can otherwise be thwarted by Mars and Saturn.

Venus is in Scorpio! While in this stance, it is not wise to make final decisions when it comes to relationships, and is also such that understanding what we want, before making any decisions, could lead to regret, if decisions are made too hastily. In the Tarot Venus in Scorpio is the seven of cups, which can create, on the surface, a clear understanding of what we want, until we realize that we should have been careful for what we wished for. This can lead to quick decisions to hold back that which we really want, because we don’t recognize that it is not only what we want, it is also what we need. If we reach for something in a more outward way during this time, its permanence is far from guaranteed, as it is such that for as quickly as we reached out for it, we throw it across the room in contempt. Taurus individuals will find a more challenging capacity for understanding the path of love during this time, as well as Scorpios, many of which will be intertwined with each other.

Venus in Scorpio in Retrograde

On October 5th, 2018 at 3:04 PM EST, Venus will move into its retrograde position through Scorpio where it will appear to move backwards in the sky. This is when it will be easier to make these final decisions, as the retrograde motion of Venus will create a less superficial disposition, thus creating a more tangible position that will help us to understand the greater mechanism for what we do need. This position is able to create a greater degree of splendor, when it comes to how we are able to more plainly see that which we want to obtain. This will provide a very wonderful time for Taurus and Scorpio Sun Signs, especially those that are involved romantically with each other.

Venus in Libra in Retrograde

On October 31st, 2018 at 3:46 PM EST, Venus will enter into Libra and will continue its retrograde approach until November 16th, 2018. During this time, Venus, as the ruling Planet of Libra can create a more superficial stance when it comes to love, unlike the position that negates superficiality when Venus goes through Scorpio in its retrograde. This will, once again, be a time when decisions won’t want to be made hastily, especially in terms of superficiality, as this is able to create a quick snap to boredom, thus creating challenges when it comes to love. During normal circumstances, when Venus moves through Libra, this is all about the emotion of love, which strips away the nature of superficiality, but this can prove to be all the more difficult when the retrograde occurs. Dates picked up at the Halloween party, although may seem fun and charming in costume, can be revealed as just the opposite, especially when the sun comes up the next day.

On November 16th, 2018 at 6:51 AM EST, Venus will move direct through Libra thus creating the more normal circumstance for this position that I mentioned above. This is the proverbial sun rising, revealing the truth about the fictitious Halloween date, but all joking aside, this is something that should be absolutely avoided, because of the pain that it will be able to create, and the hot and cold positions that will be able to emerge, once Venus returns to Scorpio.

Venus will move back into Scorpio on December 2nd, 2018 at 12:54 PM EST. It will move throughout Scorpio until January 7th, 2019 at 7:17 AM EST, at which point it will enter into Sagittarius (which I will be writing about in my next quarterly astrological article). During this time, the Halloween date that was dumped will be yearned for once again, because of the more superficial standing that this is able to create, so please do utilize caution, so as not to have your heart broken and so that you can keep someone else’s heart from being broken. What Your Summer Road Trip…