Where Mercury Will Visit Before Returning to Retrograde

Home /Astrology/Where Mercury Will Visit Before Returning to Retrograde 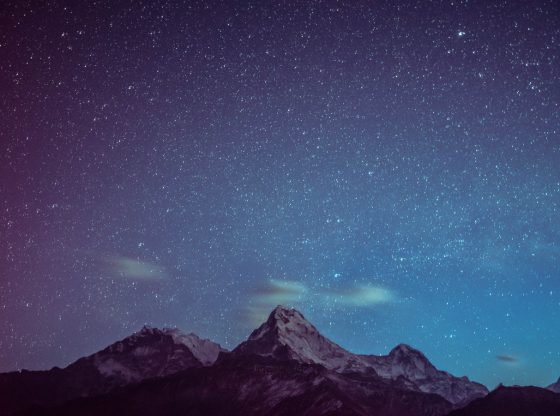 This article is Part 3 of Draven Grey’s written series “What to Expect Astrologically for the rest of 2018,” which outlines all you need to know about major astrological events, positions, and movements coming up from September 2018 through the end of the fall. Click here to check out the rest of the series!

Mercury is the fastest traveler through the Zodiac, and can create a steady flow of energy or promote upheaval and discourse, especially when in retrograde. In the Tarot, Mercury is represented by the Magician card, and represents the light and dark side of this Planet through the meaning of the card. Right side up, this card shows the light side of traits most found in Gemini and Virgo and reversed, is able to show nefariousness, lies, deceit, etc. Also known as “the Trickster,” when this card is reversed, it can show what is about to happen when Mercury goes into retrograde one of three times each year.

On September 21, 2018 at 11:40 PM EST, Mercury will move out of Virgo and into Libra, where it will stay until October 9, 2018 at 8:40 PM EST. During this time, with the position of the Sun in Libra, this will create a feasibility in communication throughout each Sun sign in the Zodiac, meaning that no matter who you are, past tensions will be easy to be resolved and can create positions of forgiveness for past transgressions, openness to others’ thoughts and ideas, and allow for more meaningful conversations to occur. This tends to be a very diplomatic time in the Zodiac, and can allow for thoughtfulness to reign over disagreement and strife.

Libra tends to embody a natural ability to lean toward peacemaking, and is the resolver of disagreement. This is an excellent time for furthering the development of friends and family, but can also allow a greater position to emerge for romantic relationships. Virgos, Libras, and Scorpios are the only three Sun Signs that would be able to have Mercury in Libra, but for all three of them, this can create lighthearted and open-minded communication, which can magnify their greatest strengths.

This combination in the Zodiac is portrayed in the Tarot with the Justice card and the Magician, which creates balance through communication. The position of the Magician in the Tarot is Mercury, and when there is no retrograde of Mercury, the “trickster” magician is shadowed, thus leaving a resolve for harkening stability, especially by means of communication. As the manifester of the archetypes in the Tarot, it is the Magician’s position to speak. While being in Libra, this can create a stronger understanding for the importance of words and can deeply show the impact that words can have to hinder or help an individual, group, society, or even the world.

On October 9, 2018 at 8:40 PM EST, Mercury will move from Libra and into Scorpio, which gives the ability to see that the only way to move forward is by engaging with ensuing darkness, which can only be defeated by traveling through its tunnel and coming out, preferably unscathed, on the other side. This position in the Zodiac is able to create misunderstandings by virtue of thoughts, ideas, or even statements of fact that are able to emerge, with a lack of belief for said thoughts, ideas, or statements. This can create challenges, especially for Scorpios, when it comes to striving to convey the positions that are near and dear to their hearts.

The only Sun signs that will have Mercury in Scorpio are Libras, Scorpios, and Sagiattarian individuals. For Libras, it is much easier to find a balanced position, because of the courtesy that Mercury will always play to an air sign over water and fire signs. Conveying thoughts and ideas, although will be questioned, aren’t such that they will be disbelieved after a certain measure of thought emerges.

For Scorpios, this reminds me of Cassandra, in Greek Mythology, who was blessed with the gift of sight, to always know the future, but was cursed such that no one believed her. Persistence is the greatest way to overcome this position, and to state elements of what needs to be said, in such a way that it adheres to the way that a person receiving the information would perceive the information themselves. This can be very challenging, and is such that Scorpios in all their mystery are able to find it to be easier to understand other people, which can certainly be a blessing for overcoming such a stance.

For Sagittarian people, their resolve is to seek out their truth and to understand the world and Universe in such a way that it allows them to find connections between society. This makes the position of Mercury in Scorpio less stark, but it can create a nature of indecision for a Sagittarian individual, with the sense that they are dealt the short end of the stick. Remembering that choosing not to choose is still a decision can be a daunting task for a Sagittarian individual, but understanding this energy can help to overcome obstacles that would otherwise emerge.

On October 31st, 2018 at 12:40 AM EST, Mercury will move into Sagittarius, which is shown in the Tarot with the eight of wands. Scorpios, Sagittarians, and Capricorns are the only three Sun SIgns that possess Mercury in Sagittarius and can affect all three of them in completely different ways. This is a swift action of forwardness, without a resolve for thoughtfulness, which can add an even deeper indecisive energy to a Sagittarian individual’s disposition. This is a position of strength, but it is also able to create challenges, when it comes to forgetting that sometimes you have to look back a ways to see where you have been. Otherwise, it is too easy to get lost. This tends to be a very scattered energy and create hindrances in written and verbal communication. This doesn’t necessarily lead to misunderstandings of information, but rather, can create misconceptions about the individual that possesses Mercury in Sagittarius.

For Scorpio members of the Zodiac, this energy is able to create more outgoingness, thus enabling a stance of fortitude, as it relates to Scorpio, allowing them to let those closest to them to see some of the more deeply hidden aspects of themselves. For those that don’t take the time to properly respect a Scorpio individual, because of preconceived notions, this is able to destabilize the positions that they need, thus creating tension, which can ramp up while Mercury is in Sagittarius.

For Capricorns, this energy is able to emerge in a very individualistic way. This is able to create elements of openness for themselves, especially when it comes to the projects that they most desire doing, whether it is parenting, working, or artistic endeavors. Mercury in Sagittarius can be a most merciful position for these individuals, and can allow for creative endeavors to take shape in a faster way, with a resolve for achieving perfection. This is met with a desire for instant gratification, and can serve as a driving force for enacting such endeavors.

Mercury in Scorpio and Mercury in Sagittarius, both, will be felt in two different ways three times this year, two times with a direct energy and once while Mercury is in retrograde for the third and final time this year. Deeper misunderstandings, arguments, and communication aren’t the only things impacted by Mercury’s retrograde. Travel plans, flight delays, technological mishaps, and other such things as credit card fraud and identity theft can occur.

On November 16th, 2018 at 9:33 PM EST, Mercury will start its stance to go into retrograde (just in time for Thanksgiving). This can actually stabilize individuals that already have Mercury in Retrograde in Sagittarius, but can certainly wreak havoc for everyone else, especially in terms of how stress is dealt with. “Cooler heads always prevail” would be a great motto to take on while this is able to occur.

On December 1st, 2018 at 7:40 AM EST, Mercury will continue its retrograde and will move from Sagittarius to Scorpio, creating a sudden shift when it comes to how people are able to deal with each other, especially when misunderstandings are prevalent. This will still disrupt travel plans, but in a lesser way, but will lead to challenges when it comes to stolen credit cards, identity theft, etc., so do be careful with what you do with your online information over this course of time. Fortunately, this energy will only last for a bit less than 6 days, before Mercury will move direct again on December 6th, 2018 at 5:21 PM EST through Scorpio, at which point it will shift back into Sagittarius on December 11th, 2018 at 9:42 PM EST.

Keen Editorial Staff
Keen's Editorial Staff is made up of world-class writers, astrologers, psychics, and advisors with diverse experience and spiritual sensitivity.
How Venus Will Impact Your Love Life This Fall
The Autumnal Equinox and Sun in Libra