Do Differing Tastes in Pop Culture Matter In A Relationship? 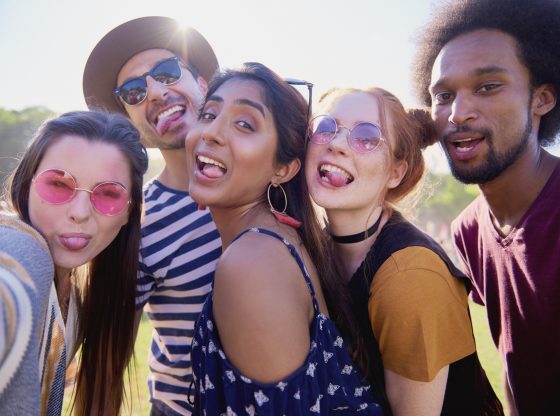 I agreed that what really matters is what you like, not what you are like … Books, records, films—these things matter. Call me shallow but it’s the … truth

A few days ago, I received a call from Sarah, a young woman who had some questions about her new boyfriend, Todd. They had been on a handful of dates after having met a rather old-fashioned way: at a party for mutual friends. Sarah and Josh got along very well. She said they both had the same ideas about family, worked in similar industries (she was in publishing, he was in PR), and were both fairly athletic. They had even made plans to start up a co-ed softball team in the spring. In short, things seemed to be going fairly well. Of course, I could tell, there was going to be a “but.”

“But,” she continued, “we can’t agree on anything that we like. It’s still silly fun now—fake arguing over what movies to see, but we really can’t agree on it. And I really don’t like his taste in music. I’m not super artsy or anything, but I don’t think that Top 40 is the end-all be-all. Am I shallow?”

The Importance and the Limits of Taste

There are, perhaps, people who like to listen, unironically, to German propaganda songs from the 1930s, or whose favorite poetry is Joseph Stalin’s, or whose favorite movie is Birth of the Nation, not for its cinematography, but for its message. In those cases, taste in culture is a signal of character. But 99% of the time, you can’t judge a person’s decency, kindness, generosity, intelligence, ambition, or anything else from their taste in music.

That’s why so many people think it is shallow to have a relationship be determined on compatible opinions about art and culture. Sarah told us that a lot of her friends were aghast when she even brought it up. Listening to Taylor Swift, they told her, wasn’t a bad thing. Just agree not to listen to music when you’re driving (also, because her new album is great, so get over it).

This seems like good advice, and, of course, Sarah told us she felt bad for thinking ill of Todd. But it had been getting frustrating. Last Friday was supposed to be a Netflix date, but they spent probably an hour deciding what to watch. It had been funny at first—they both made over-the-top buzzing sounds to veto a choice—but then it got legitimately irritating. There was a sub-surface tension. The rest of the night was fine once they settled on something, but her uneasiness lingered on.

But as Sarah discovered during our conversation, as we explored more about past relationships, this was an actual problem. She didn’t want to have every weekend be dominated by little debates about what to do, nor did she want to have to explain or be embarrassed about her “weird” music taste. And this, despite what some people believe, is a 100% legitimate issue.

I did a Tarot reading for Sarah while on the call with her, and as the cards were revealed, I prodded her to think more in-depth about her life. She began to realize just how important these things were to her. It’s not that we’re defined by our taste in pop culture, but for many, it makes up an important part of our lives. It reflects how we see things, and dictates what we enjoy. It informs our memories, and more than anything, provides a common ground for conversation. It’s a constant ignitor of conversation, not to mention often a prerequisite for recreation. So it does matter. But how much should it? Should differing tastes be a deal-breaker?

Should Cultural Tastes Be A Deal Breaker? Maybe.

Sarah was looking for a “yes or no” answer from me, but that’s not the way the cards work. They provide choices and help make feelings clear, which is exactly what was needed in this case. Too often, the question of whether or not taste should be a permanent obstacle in a relationship is framed as a moral one, a binary between “should” and “shouldn’t,” with “shouldn’t” holding the ethical high ground. After all, unless what the person is listening to or watching is deeply immoral, it shouldn’t be a reflection on his or her character. Making it so, the wisdom goes, is a reflection on yours.

But the question should be a different “yes or no.” The question I asked Sarah was if she thought she could deal with it. Did she think that Todd was a great enough guy, and there was enough common ground that they could make it work? Did she think that they were open enough to influence each other and that they could see the virtues in the other’s taste and try to enjoy sharing in an amicable and accepting manner?

The answer, Sarah was surprised to learn, doesn’t always have to be yes, and more importantly, it isn’t an indication of bad character to say no. Sarah didn’t want to spend the foreseeable future, and maybe the rest of her life, gritting her teeth whenever the radio came on, or having to explain to a bored partner why the new David Simon show was worth watching. And how fair is it to Todd? There is nothing wrong with his opinion, and he shouldn’t be subjected to something he hates just to make Sarah happy.

For some couples, this is an easy fix. They don’t care as much about music, or there is an easy compromise on TV, and they have friends who they can see movies with, anyway. If sides are passionate, maybe they can influence each other. Or maybe not. Not every relationship works out, and compromising on the things you enjoy most in life or agreeing to bury them altogether (or forcing someone else to) isn’t the ideal infrastructure for success.

Our spiritual conversations with Sarah, aided by the power of Tarot, helped her realize how important certain things were to here, and that far from being superficial, they were intrinsic to herself. She realized that in denying them and burying their importance, she was being unfair to Todd and herself. The most crucial part of any relationship is knowing yourself, and what you really want, and with the help of the advisors at Keen.com, Sarah knew what mattered to her. That’s a journey anyone can, and should, take.

Keen Editorial Staff
Keen's Editorial Staff is made up of world-class writers, astrologers, psychics, and advisors with diverse experience and spiritual sensitivity.
A Psychic Reading Restores Confidence for a Fresh Start in Love
Dating After Death of a Spouse: What Do You Owe a Deceased Love?