Can a Tarot Card Reading Help You Head Off Heartache on the Road to Love?

Home /Love/Can a Tarot Card Reading Help You Head Off Heartache on the Road to Love?
Love | 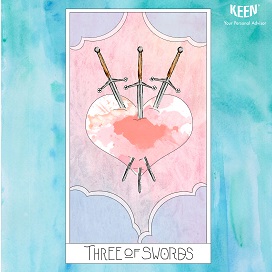 When Shakespeare wrote “The course of true love never did run smooth,” he was speaking as Lysander, one of the star-crossed lovers in A Midsummer Night’s Dream, a tale of affection misplaced and destiny delayed, of jealousy and comic revenge. In this play, even couples who possess the courage to follow their passions in the face of staunch opposition find themselves entangled in a web of magical forces over which they have no control.

In an instant, a spell transforms undying love into cruel indifference, and awful dread into unquenchable desire. Of course, by the last act, all is made right and harmony is restored. Each partner is perfectly paired with their own true love, just in time to ensure the closure of a happy ending. . . but only as a result of supernatural intervention as imagined by a brilliant playwright, of course.

Even today, many people seem to feel that when it comes to love, the cards are stacked against them, like some mischievous playwright is playing havoc with their relationships. When love eludes them, they write it off as fate, never realizing that while fate may be the highway we’re all riding on, we don’t have to take a passive role and let someone else drive our car for us, but when Belinda came for a reading not long ago, she seemed to have “passenger” written all over her.

In the Passenger Seat

At our first meeting, Belinda confessed that when it came to meeting quality men, her radar was rarely working properly. She told me she’d wasted more time on ne’er-do-wells than she cared to admit, and had passed by some truly awesome guys for what later turned out to be all the wrong reasons. Now, at the age of 31, she was beginning to wonder if she’d ever get it right.

“Well, let’s see,” I told her, handing her the deck. “Select a card that you think best represents your luck in love.” It only took her a few seconds to pull out the Three of Swords. “Interesting,” I mused. “Now, pull a card to represent your ideal romance.” I could see she was torn between The Lovers and the Ace of Cups, but after a moment’s hesitation, the Ace won out.

“Tough decision?” I asked as she handed me the card.

She nodded yes. “But it can’t be The Lovers,” she said, “With my luck, I’d finally find the love of my life, and then trip over the serpent and get tossed out of the Garden of Eden.”

“The Lovers wouldn’t have been a bad choice, but it is the obvious one, and I don’t think concentrating on bringing that energy into your life would give what you’re really looking for,” I explained. “Physical attraction is one of the most seductive forces on earth, and there’s certainly a time and place to indulge in passion, but since you say you’re looking for someone who can be in it for the long haul, to me, the Ace of Cups is a more appropriate choice. It means you’re hoping to pursue romance with your head clear, eyes open, as an adult.”

Belinda smiled, eager to hear what might be next up on her romantic menu. But first we had to take a step back, and consider the other card she’d selected.

“This card, on the other hand,” I said, laying the Three of Swords on the table, “tells me that as hopeful as you are, you may not be entirely done sabotaging yourself in the love department. To me, this card indicates that you see yourself as a victim. It’s as if you believe that everyone will eventually hurt you, rather than taking responsibility for allowing them to do so. You make poor choices, but they get the blame.”

It’s Up to You

I could see that had given her something to think about. “Alright, now let’s do a little experiment,” I told her. “Concentrate on the Three of Swords and imagine if you maintain this mindset, what your future will have in store.”

After a moment of shuffling the deck, I pulled a card for her. The Four of Pentacles. “This is someone who is shut down, alone, with his back to the world,” I told her. “He’s clutching his resources to himself so tightly and he’s so frozen by fear of losing the little he has left, he’s unable to move.”

That got her attention.

“Don’t worry–it’s just a warning,” I assured her. “It doesn’t have to be your future.” I handed her the Ace of Cups, and said, “Now, let’s concentrate on bringing this force into your life. I want you to imagine being open to a world of possibility, but without being reckless.”  If Belinda truly wanted to arrive at her desired romantic destination, she’d need to keep her eyes open, remember to mind the road, put on her seatbelt, and not to get sidetracked by things that might distract her.

After a bit of mutual concentration, I pulled a card for her. The Page of Cups. I have to say, this card always makes me smile. In it, a cheerful young man holds a golden chalice in his hand, from which a fish has just popped out its head. To me, they appear to be engaged in rapt, if unexpected, conversation.

I asked her if she was familiar with Grimm’s fairy tale, “The Frog Prince.”

“The point of the story is that you can kiss all the frogs in the world and never find a prince,” I told her, “but if you’re willing to see beyond the superficial and follow through, rather than fall victim, the next frog—or in this case, fish out of water—that shows up in your life, might prove to have tremendous potential for a real romance. I know old habits can be hard to break, but if someone out of your usual comfort zone approaches you, at least think about giving him a chance?”

The next time I spoke with Belinda, she told me that she’d been doing her best to concentrate on the things we’d discussed, and that a few weeks after our session, she’d actually met a man named Mark in a culinary class she’s signed up for. “He seemed sweet, but he was a total goofball. Definitely not my type,” she recalled. “It was painfully obvious that he didn’t know a thing about cooking, so I couldn’t help asking what he was doing there.”

Mark admitted his ex had signed him up for the course, “Hoping to improve me,” he’d told her, and he figured since the money was spent, and he was on his own, maybe learning to prepare something besides Mac & Cheese might be in his best interest. “I feel like a real fish out of water,” he’d confessed with a self-deprecating laugh.

Belinda said at that moment, a little bell went off in her head. “I promised I’d keep an eye on him and help him out all that I could,” she told me, smiling shyly. “And after a few classes, when he asked if he could return the favor by taking me out to dinner, I didn’t say no.”

Belinda and Mark have only had a few dates so far, and she hasn’t decided whether or not this particular “fish out of water” is going to be a keeper. She says, however, that at least by taking responsibility for her choices and keeping her eyes open when it comes to romance, she’s finally stopped feeling like a passenger in The Comedy of Errors, and for once, she’s really in the driver’s seat, hopefully heading for a destination where All’s Well that Ends Well.

If you feel like you’ve lost control on the rocky road to love, a trained KEEN advisor can help you get back in gear and rolling in the right direction.

Keen Editorial Staff
Keen's Editorial Staff is made up of world-class writers, astrologers, psychics, and advisors with diverse experience and spiritual sensitivity.
Channeling Positive Love Energy: 5 Things You Can Do Right Now
How a Tarot Card Reading Revealed That Maria’s Old Flame Might Still Be Carrying a Torch For Her