Five Signs Your Ex-Boyfriend Wants You Back

Home /Love/Five Signs Your Ex-Boyfriend Wants You Back 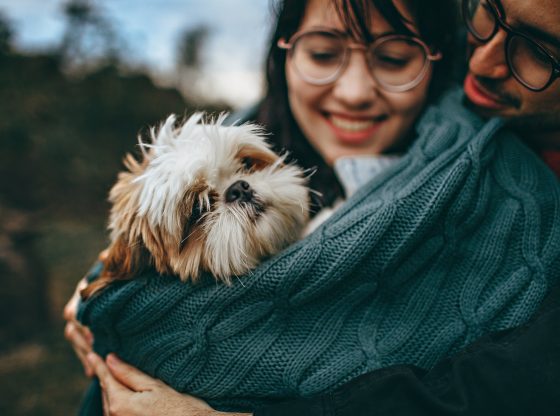 Should You Get Back Together? Get Expert Advice from a Love Psychic Today

The signs that your ex-boyfriend has moved on from a relationship are often hard to distinguish from signals that he is still longing for you, more broken-hearted and alone than angry and aloof. But how can you tell whether it is time to move on or go back and make one last move? Check out these five signs that he might be devastated by the break up and want you back. If you think there is a chance for you two moving forward, pack a sewing kit to mend his broken heart.

If a guy is over you or if he is already too into another woman to consider a return trip, he will not be making any effort to contact you for anything other than retrieving his stuff. If your ex-boyfriend calls you, he may just be interested in something physical and nothing more. It is up to you to measure how broken hearted he is. Calling you a few times after the break-up might, quite frankly, just be a habit of his left over from the relationship. If he is broken-hearted, though, the calls will continue and he might seem more interested in the little things about your day-to-day routine than he ever was when you two were together. Does he miss you or just miss the physical side of being with you? Here is how to detect a broken heart over a lustful libido. When he calls, chat for five minutes and then apologize and say you have to run. Tell him to call back at a specific time. Pick a time when you know he will be able to chat at length. Do this a few times and pay attention to whether he calls back at that time – if he is punctual about your request three times, this is not a booty call – he has a broken heart and is longing to reconnect with you entirely.

Have you heard through the grapevine that he recently did something dramatic, fantastic or just downright stupid? Is he escalating risky behavior? Can you objectively listen to tales of what he is up to and ponder whether any of this might just be to get your attention? If he just wanted you back for something physical he would not be resorting to dramatics. A man looking for extreme attention is not in touch with expressing his emotions and, when confronted with the rejection inherent in a broken heart, let’s loose with a flood of fury and suddenly needs the whole world to see him cry out – to you! If your broken-hearted ex is showing off, get word to your ex immediately that you want to see him if you think you can resolve the issues of the past and want to try again. He has already set up a network of friends to be ready for word from you, so get the word out and he will meet up with you almost immediately.

He Drunk Dials You

Are you getting text messages with spelling that is not abbreviations, rather simply incomprehensible. Is he calling late and rambling on your voice mail? If he is with another woman and enjoying himself, he is not doing these things. If all he wanted to make was a booty call, he would do it with the arrogant intention of it working, so he would be sober and slick, not slurring and sick. Drunk dialing is pretty pathetic, but it is one of the clearest signs that he is broken hearted over breaking up with you. When you get a call from him in this state, it lets you know that showing up to nurse his hangover tomorrow could be the start of a getting back together.

He’s Suddenly Spending Time with Your Friends or Family

Many couples split up because he or she doesn’t like the friends that come with the new partner. If he never took much interest in hanging out with your crew before, or could have cared less about making an appearance at your family’s home for the holidays, well look again. Did you hear that your ex was at that party the other night, the one you thought you might go to but didn’t? Did you hear he went with your brother and some buddies to Las Vegas for the Superbowl? Wait a minute – he never said two words to your brother the whole time you went out with him. The pattern might be subtle but you can hear things through the grapevine too. A recent ex who wants to make the move on you will not play it this meek. A guy who is over you will move on to completely new social circles. A broken-hearted ex will, however, circle on the periphery and make appearances that will (hopefully) bring you into the picture. A broken-hearted man wants to create meetings that appear to be chance or coincidence. They never really are, though. But go along with it if you envision a hope for a romantic reunion with him. If he is putting up with your friends and family, he is ready to put up with you!

If you check his profile on an internet social networking site and see that he is suddenly painting, drawing, taking artsy photographs or making involved, cinema-like videos, this newfound artistry may be a big indicator that he is harboring a broken heart. Throughout history, men with broken hearts have created masterpieces. Even if he is not as talented as Picasso, there is no reason to think his inspiration is suddenly coming from anywhere but deep in his emotional consciousness. Encourage his new vocation and, if you are interested in reuniting with him, offer to pose for a portrait. If you find out he is taking art classes, though, move fast, as a single heterosexual man in a studio art class quickly becomes popular with all the ladies of the art department.

Does you ex-boyfriend wnat to get back together with you? Talk to a psychic expert at Keen.com to find out! Our professional Love Advisors will tell you if the signs are real…