Should You Reignite That Old Flame? 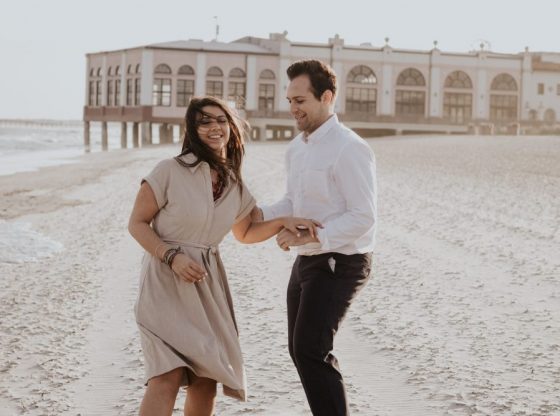 Many a love song has been written about the lover one longs for. Even more are written about the one that is gone. But the songs about a lover returning always have an element of worry in them. Reigniting an old flame is a worrisome venture. Creating positive energy in the universe rarely happens with reruns. Moving on is seen as a positive in almost every culture, even going back through history. Getting back together with an ex-boyfriend is something that needs to be approached with almost more seriousness than getting together the first time or breaking up. By taking him back, you will be seen as going backwards in life, your relationship will be seen as one that you settled for instead of have strived for more. And even if the perceptions of others are not important, you cannot help but wonder if you are spinning in circles when you consider getting back together with an ex.

But how big are those circles? If you were broken up for two weeks, this is almost a normal thing for a relationship to go through as you two iron out tensions. Even couples broken up for a month or two cannot really be considered to be “old flames” as much as they just took a break to see what life was like apart for a few weeks. If you have been apart for a year or longer, your ex is an old flame. If you have been broken up for a few months and either one of you had an exclusive relationship in that time period, he is your old flame.

But the consequences of going back might be worth the struggle with perceptions and unpopularity. When you know an ex well, you can be deep into a relationship after only a little time together. New relationships take a lot of learning, an old relationship can be further along as you two understand so much about each other already. But this convenience factor must be weighed with a big question: What were your reasons for breaking up? Check the list below to see how your breakup will let you know whether to reignite that old flame.

If he cheated on you, he will likely have another affair. If you are taking back a cheater you are simply setting yourself up for a future failure. If you cheated on him are you just setting him up, relying on him being a pushover? Ask yourself if a healthy approach and a clean slate might change your relationship luck.

Be it verbal, emotional or physical, you cannot take back an abuser. You must seek immediate counseling if you have even so much as made overtures toward this. If you were doing the abusing, you need to work on anger issues before you get into another love relationship.

If you two were in love but some financial problems forced a split, a reconciliation actually has a high probability of working out! Once a financial hurdle has been cleared, the headaches of the past are gone and the positives from days gone by seem to be forecast for the near future. Be sure, however, that neither of you is just using the other as a temporary financial crutch – the first time around might have been a credit card purchase, but the second time better be a love mortgage with a hefty down payment.

If he dumped you because he said he was bored and now he is back, does that mean he won’t get bored again? No. All it means is that you are less boring than the girls he saw after you two split. If you instigated the breakup because you were bored, taking him back would be an act of cruelty unless you have grown up – is he your ex from 20 years ago?

If he had children from a previous relationship and this caused some friction, your first obligation is to not interfere and your second is to not be used by this situation. No matter what incident occurs in the relationship, you must ask what the effect on his children will be and prioritize a partnership that way. You will find that children can sense selfishness and they will act out accordingly. If you are giving it a second try, remember this at all times.

If you take him back after some problems with your own children, it should only be after some sort of counseling has been established and is ongoing. You cannot expect your commitment to your children to be diminished by a desire to be in a relationship.

Be it drinking, gambling or just inattention as he hangs with friends, old habits die hard. A man who swears he has broken some old bad habits has to be forced to walk the walk and not just be allowed to talk the talk. A true, profound and permanent change takes a long time. Has it been two years since he quit his heavy drinking, or two weeks? Only one of those answers is eligible for relationship consideration.

There are three types of breakups: those that involve other people (affairs, children), those that involve bad behavior (drinking, abuse) and those that are trivial. Reconsidering a relationship after a year because you realize your bad mood contributed to an argument is different than getting back together with him after a restraining order between you two expires. An astrologer may notice some passing planetary action that either means it was meant to be or that it will only mean something for the rest of this week. Whoever you consult about a conundrum involving the return of a lost love, make sure you listen to this person’s focus on your future – no matter how good the past seems, repeating it will have to occur in your present.

Keen Editorial Staff
Keen's Editorial Staff is made up of world-class writers, astrologers, psychics, and advisors with diverse experience and spiritual sensitivity.
Is He Into You?
Love Lessons Learned