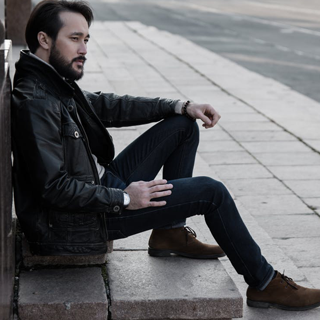 When you’re working the dating scene, it’s normal to get rejected more than a few times. But what if you’re missing more than you hit for a reason? Could you be making a subtle, but sabotaging, mistake on your first dates? Unfortunately, unlike a restaurant, your date probably won’t be leaving a review. So if you’re consistently landing—and then losing—dates, the Tarot is one way to home in on the issue.

Dozens of Dates, but No Girlfriend

My client, Aidan, was having this exact problem. He was an early-thirties, MBA-holding financial analyst living in a high-rise condo he owned in Miami. After his six-year relationship ended, he was eager to get back to playing the field, so to speak. Aidan had no trouble asking women out—in fact, he had the confidence and charm to pull off the difficult “cold approach,” where he’d score dates with total strangers. But, with a few exceptions, first dates weren’t turning into second dates. The women that did stick around usually turned out to be poor matches in a matter of weeks.

“I don’t get it,” he said. ‘The women I feel a real connection with don’t want to see me again. But they always seem to be enjoying themselves while we’re out.”

For Aidan, I instinctively leaned towards an intuitive three-card Tarot reading. He needed more information about the present, not a glimpse into the future. “The first card will represent your true emotional state,” I explained. Because dating problems are usually a reflection of our inner turmoil, it was imperative first to establish Aidan’s position in the reading.

I drew the Nine of Swords, and nearly gasped—this card, sometimes called the Lord of Cruelty, signifies nightmares, haunting memories, and the kind of hidden pain that tightens its grip in the querent’s loneliest hours. As I described it to Aidan, he fell silent. “Is this what you are experiencing?” I asked. “Have you been tormented by the end of your last relationship?”

He let out a slow breath as if I had just plucked an arrow lodged in his chest. “It’s been awful since Laura left.” I waited for him to explain more, but he didn’t. He only added, “It sure feels good to admit that out loud.”

Sometimes, it is enough to begin the healing process to simply acknowledge pain. I believe this is one of the more subtle, but also most essential, services we psychic readers offer—allowing our clients the space to confront their struggles, on whatever terms they wish. I sensed that Aidan could already feel a considerable burden eased, now that I had witnessed his quiet hurt.

I decided to continue the reading. “This next card symbolizes what you project to your dates.”

This time, I drew a much cheerier card, the Seven of Cups. Typically, this card represents visions of a limitless future. When it arrives in a career spread, it’s a pat on the back: “The world is your oyster,” it seems to exclaim. But in the present position, I gravitated towards an alternate interpretation.

“Your dates are noticing a disconnect between your senses of the present and the future, Aidan. You are looking ahead, dreaming about the splendor that may be on the horizon, at the expense of nurturing the moment at hand.”

“Does that mean my dates find me distracted?” he asked.

“Not necessarily. I think we’ll get more clarity with the last card, which represents the feeling most of your dates are leaving with.”

I drew the Nine of Wands, which is a card of a defensiveness and anticipating injury. “This reading suggests that many women are put on edge—only slightly, but just enough to dash your chances at a second date—by your forward-thinking. My intuition says that you’ve been getting a bit carried away whenever a date is going encouragingly, and women can sense that. Tell me honestly: How soon do you start proposing long-term plans?”

“I don’t do anything creepy, like talk about having kids or getting married on a first date.”

“Are you sure there’s nothing you might be saying about the future that could be disconcerting?”

“Well, I do like to talk aloud about things we could do together. There was one woman who I promised to take pumpkin picking when the season started.”

“How many weeks from the first date would that be?”

“That’s a lot. On an early date, she just wants to get to know you, and when you propose plans more than a few days or weeks out, it sends a message that you’re feeling really strongly about this—or that you’re looking for just anyone to be your girlfriend.”

“I never thought about it that way. Oh my gosh, I feel so embarrassed now that I invited a different woman to join my family for Christmas in Virginia …”

What You Don’t Know Can Hurt You

For Aidan, learning that his habit of dreaming big on a first date was perturbing women was a breakthrough. Before he hung up, I helped him understand that his future-oriented outlook was a result of his present discomfort. He decided that maybe he should ease off the dating for a few weeks, to give himself time and space to confront his breakup pain.

Although it’s hard to learn what you’re doing wrong on a date, it’s much better to discover early on what habits could be discouraging otherwise great matches than to endure failed date after failed date. Aidan’s issue, focusing on the future instead of embracing the uncertainty of a first date, isn’t uncommon. Other people are foiled by nervous tics, a habit of dominating the conversation, insecurity, or plain old poor hygiene—all very fixable problems! So if you’re consistently finding that your most promising dates aren’t panning out, save yourself some heartache by taking a good look in the mirror.

Are you having trouble keeping romance around? Advisors at KEEN.com can help you discover what positive changes you can make to invite lasting love into your life.