I had a client call me after he broke up with his fiancé because he found out she was being unfaithful. After this, he was at a really low point in his life.

He was doing many odd jobs without any benefits or true security in his life. We discussed his ideal dream of life. He wanted to work in an industry he was passionate about, with benefits. He wanted to live in a house with a yard, he wanted his girlfriend to be his wife, and he wanted them to have kids. He could see this so clearly. His family situation would be peaceful. Every time he called, I let him clear the air; then, we would discuss a step toward changing this. We set up some steps, like getting a journal to write in. He would write letters and burn them to remove that energy from his life. People in his life that he wrote letters about started contacting him to clear the air. He got a text from his ex, asking how he was. Communication had opened up and he was pleasantly excited.

Interested in speaking with a psychic? Get 10mins for $1.99!

At the same time, he was looking for a house, and he found one! Soon, a friend contacted him about a potential job opportunity that sounded like a great fit for him. He put in his resume and ended up getting the job and working his way up to a managerial position. He got his perfect job with the right hours and good benefits.

He opened up his self-love, caring for the important details and steps to get his dream. He is patiently going with the flow, knowing it is just a matter of time until the right people will end up in his life. Self-love builds your dreams into reality. So, are you ready to give yourself self-love and live your dreams? 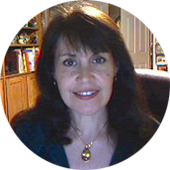 JennVirginia is a certified intuitive life coach with clairvoyant, clairsentience, clairaudience, Claircognizance, clairempathy abilities assisting others through her abilities to sense blocks and needed realignments within situations well as career, relationships and spiritual growth. Her psychic insights and guidance aim toward self-empowerment and self-love.

Get a psychic reading from JennVirginia today! 10 mins for ONLY $1.99.