How to Tell He’s Losing Interest 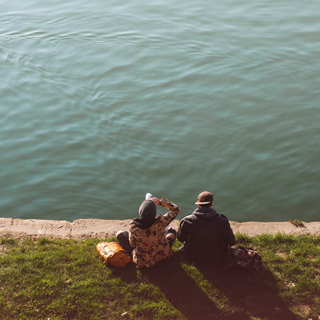 Relationships are tough – especially a romantic relationship between a man and a woman. You’ve probably heard about the popular book Men are from Mars, Women are from Venus. The author, Dr. John Gray, wasn’t trying to be funny with the title – it’s actually a true statement if you consider it from a symbolic perspective. Venus was the Roman goddess of love, romance, and emotion, and Mars was the god of war and aggression. The two deities are practically total opposites, as often seems the case with men and women.

A man doesn’t think the same way a woman does, nor does he react to situations in the same way she does. Man and woman see the world in different ways and often seek different goals in life. When you think about it these terms, it’s amazing that any relationship between the two sexes ever works out. Of course, short-term flings or “hookups” are easy, but what about relationships on deeper levels – the ones that really stand the test of time?

If you’ve found a man who loves you, and if you’re in a committed relationship, consider yourself fortunate. Now all you have to do is to find a way to make love endure, which is much more difficult that simply finding love. It’s relatively simple to be able to get along with someone for a few months or even for a few years, but what if he starts to lose interest? What if he starts sending you signals that it’s over?

A man might lose interest in a woman or in the relationship itself for a number of reasons. Perhaps he feels trapped or suffocated and that he’s lost his freedom and his youth. Maybe he’s interested in another woman or in a different lifestyle. It could be that he’s just bored with the present relationship and wants something more exciting. Sometimes a man doesn’t even understand why he’s lost interest in a woman, so he couldn’t express his reasons even if he wanted to.

How to Tell He’s Losing Interest

Most women have an amazing power of intuition, and they can usually tell when something is not right. Females are much more attuned to slight nuances than men are. A woman can pick up on little changes in her man’s daily habits, in his attitude toward her, in the words he uses, and in the words he avoids. Women are extremely observant when it comes to the happiness and well-being of their relationship.

A man might be losing interest if he begins to spend less and less time with you. Maybe he’s working longer hours or spending more time with his friends. He might stop inviting you to go places with him that he always took you to before.

One area that’s often the first to go when he begins to lose interest is communication. When a man loses interest in a woman, he usually stops confiding in her. He no longer “opens up” to her, sharing his hopes and dreams for the future. When the relationship was healthy, he might have called you during the workday just to say hello or to ask about your day. If he stops doing this, he’s probably losing interest. He might also stop asking for your advice and feedback as a way to distance himself from you.

Of course, sex is another important aspect of a relationship, and if the relationship is threatened by either partner, sex and other forms of physical communication are usually casualties. Maybe he doesn’t wish to make love as often, or it could be something as simple as his forgetting to kiss you goodbye. Maybe it’s his goodnight hug that’s missing.

Any of these warning signs can be caused by problems other his losing interest in you. They could be caused by stress at work, worrying about money, or a physical illness. If such is the case, however, the changes should be temporary and should resolve themselves when the specific problem is resolved. If you confront him with your observation and he denies them, there might be a problem, especially if he becomes defensive. If he sincerely wishes to continue the relationship, he wants the problems to be addressed and solved as much as you do.

How to Save Your Relationship

If your relationship is headed down the tubes and you think it’s over, don’t give up before seeking help! If your love is worth salvaging, get expert help in the form of a psychic. If you’ll be honest and open with them, a psychic can help you get to the bottom of what’s going on in your marriage or relationship.

How Can a Psychic Help?

A psychic can help in several ways. For one thing, they’ll be an objective observer who can see the potential problems more clearly than you can because they’re not emotionally involved. You’re most likely distraught over the possible demise of your romantic partnership, so you’re not thinking clearly. A psychic, however, can view the relationship from a third-person point of view and offer sound advice.

Also, a gifted psychic can help you better understand your mate. By learning more about your partner’s psyche, you’ll discover what really “makes him tick” and what he really desires. A gifted psychic will be able to share this with you by reading a detailed astrological chart based on his birth date. Since the rising sign in a chart changes about every two hours, your psychic will also need to know the precise hour of your lover’s birth. With exact information, they can provide a detailed look into his persona. They’ll know him from the inside out! A gifted psychic will most likely have other gifts in their arsenal, too, including clairvoyance, the reading of Tarot cards, or the use of a pendulum. Some psychics also use I Ching and the interaction of yin and yang embodied by ancient Taoist philosophy.

By consulting a psychic, you’ll also learn a wealth of information about yourself and about what you really need and desire in a relationship. After all, relationships are two-way streets, and you deserve happiness and fulfillment just as much as your partner does.

Fortunately, getting psychic advice is the easiest thing in the world! You’ll be amazed at their abilities, and you’ll find them warm, compassionate, and extremely helpful. Your psychic can prove to be your staunchest ally in finding love – and more importantly, in keeping love alive.

Keen Editorial Staff
Keen's Editorial Staff is made up of world-class writers, astrologers, psychics, and advisors with diverse experience and spiritual sensitivity.
Six Surprising Things That Will Make You Happy
Offbeat Places to Meet Men