Why Do Women Love Bad Boys? 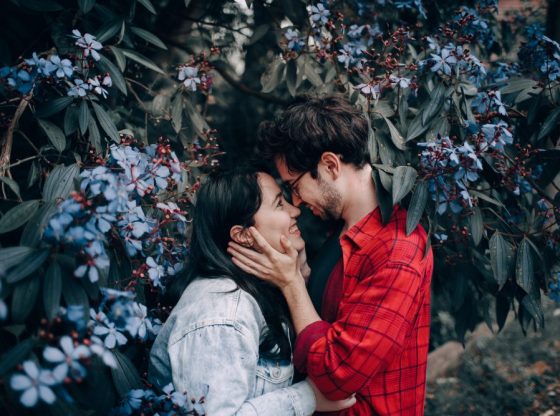 What is it about guys who are just a little apart from the mainstream that makes them so desirable? While a guy who plays by the rules often succeeds, the rules of love and attraction are frequently much different than those of climbing up the corporate ladder.

Look at a couple where he has a hint of danger and you will see many reasons why she is with him. Some of these reasons are all about him, but most of the time they are really all about her. When a woman loves a bad boy, something more than his attitude drove her there. And usually it was already inside her.

Dating a man who stands apart from the norm is known to deliver a heightened level of excitement. Perhaps he slightly ignores you and makes you work harder for attention â€“ the thrill of finally getting him alone and to yourself can be an overwhelming rush. Maybe he is a little confrontational with people, and perhaps gets into altercations. That can make you feel even more special when he is affectionate toward you. It all gets your adrenaline pumping and your heart racing. The badder he is, the more stimulating the intimacy becomes.

A Cure for Boredom

A girl who has a succession of boring dates will more easily follow a guy whose very presence in her life charges things up. If she is getting out of a long-term relationship that stuck to a simple pattern, she is an unwitting foil for the charms of a guy whose whims will take her out of the traditional routine for good.

If your life has become a repetitive series of cell phone conversations about trips to the mall, an interesting guy who stands apart from the crowd can fill the emptiness in a hurry. The downside is that your world can suddenly look mighty small when you are in the arms of a man who doesn’t operate by society’s chosen standards. When everything you represent fails to impress him, all of your values could disintegrate. For such a reassessment of one’s existence to occur in a short period of time with one guy, indicates that you are not living your own life’s potential. Your bad boy is able to enter and rock your world because there is a space inside you that is open to anything.

Does his unconventional appearance cause people to stare at you two? Does his nonconformity have the potency of an aura? All of this attention is bouncing back onto the people closest to him. The taste of this reflected glory can be like a powerful drink or drug. You may quickly get addicted to the limelight he provides. When you walk into a room and the people react to his presence, it may become impossible for you to wander more than a few feet away from him.

Danger is an Aphrodisiac

If your man has his own way of doing things it could bring about situations that are tense and dangerous. While we all have a built-in fear response, being around this element can make you slightly used to extreme situations. The danger of everyday life can become a turn-on. While someone putting you in harm’s way should be something from which you need to be protected, you could grow accustomed to the danger a bad boy creates and embraces. The excitement of it all could make you feel more alive, but you might be growing blind to the actual danger you are facing more regularly. Your bad boy could be your lover, but he is not necessarily your protector.

Rebelling Against Family or Upbringing

Dating a bad boy is announcing that you make your own choices in life. The need to make such a defiant statement may be based in having a strict upbringing. A need to rebel could be manifested in your relationship with a bad boy. When you embrace a taboo relationship, you are telling the world that everything up until this point in your life is worth sacrificing in order to be your own woman. In this regard, your bad boy may really be just a prop. As bad as he is, he might have a heart of gold and your using him as an assertion of your independence could carry consequences far beyond what you imagine your conservative family and friends have waiting in store for you.

Your need for a man who lives by his own rules might be a way for you to maintain an avoidance of really confronting your emotions on an intimate level. If your bad boy is a drug user or heavy boozer, his stunted emotional development may ensure that he never delves deep into your psyche. And if he were to clean up his act, it would be grounds for you to look elsewhere, again running from a true emotional bond. Maybe your bad boy has a criminal side and is in and out of jail. You can assure yourself of never risking intimacy when your bad boy is locked up away from you.

Trying To Top Your Friends

If you have friends who are marrying successful men, the bar might be raised quite high in your social circle. If you were dating a car mechanic and your best girlfriend is engaged to a doctor, you might look like a real loser in the eyes of a certain clique, no matter how deep your love for Mister Transmission Repair goes. But if you are suddenly dating a bad boy, the hierarchy is turned over. Now your girlfriends will be seen as marrying members of the drab establishment while you are living on the edge, high above them all. What fantastic revenge … unless of course you fall.

All of the above scenarios carry a common thread no matter what mold your bad boy springs from: your love of drama is necessary for the bad boy to turn you on properly to maintain your wild affair. A love of drama in your life attracts you to bad boys in order for others to see you as larger than life, and to leave them all in their boredom while you have a more interesting existence than they could ever imagine.

Keen Editorial Staff
Keen's Editorial Staff is made up of world-class writers, astrologers, psychics, and advisors with diverse experience and spiritual sensitivity.
Levels of Love
How to Avoid Post-Breakup Weight Gain