ASTROSarah: Using Her Intuition to Connect to the Past and Future

Home /Psychic/ASTROSarah: Using Her Intuition to Connect to the Past and Future
Psychic | 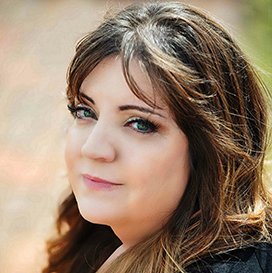 From an early age, ASTROSarah demonstrated signs of a heightened intuition. She frequently experienced astral projections, also known as out-of-body experiences, and her lucid dreams would often become reality. “My mother was born in a caul, which some believe to be a sign that the person will be able to see the world differently. Growing up, everyone who knew us would call to ask her for advice.” Understanding that she had similar psychic tendencies, ASTROSarah’s family gave her the freedom to explore her gifts. “My mom was my biggest mentor, but my abilities really improved with experience.”

ASTROSarah used her talents with friends but didn’t see herself using her skills professionally. Instead, she went to college and dabbled in several subjects. “I wanted to do a bit of everything. I considered going into the medical field or becoming a journalist, but ultimately, I settled on computer programming.” After graduating, ASTROSarah got a job at a major corporation but quickly discovered that an office wasn’t the best work environment for her. “I’ve always been able to pick up on the energy of those around me and working in such close quarters with so many people was too overwhelming. I was constantly sensing their emotions or seeing visions of things about them—I couldn’t get any work done.”

In 1998, ASTROSarah’s father became ill, and she decided to resign from her job. “My manager wanted me to come back because I was good at what I did, but I just couldn’t. I felt so much better not being there.” It was around that time that ASTROSarah found an online service that was in need of intuitives to do readings on their site. “I was excited about the opportunity and relieved that I could do it from home. It’s funny because this wasn’t the career I intended to pursue, but my whole life people have always been compelled to ask me questions. It felt like the universe was guiding me to experience my abilities and use them.”

ASTROSarah has been doing online readings for almost 20 years and became an advisor at KEEN.com in 2001. She has a grounded and direct approach to her readings. “I think people have a tendency to get too emotional, and that clouds our judgement and inhibits us from thinking clearly. I believe firmly in math, science, and nature, so I like to work outside where I can plant my feet in the grass or soil.” ASTROSarah is extremely committed to providing her clients with the best possible service and giving clear, honest readings. “I take the time to prepare myself and the atmosphere I’m in before I talk with anyone. I don’t allow any negative energy around me while I’m working, and if I’m sick or not feeling in tune with my abilities, I won’t log in.”

ASTROSarah has many psychic strengths, but she most often deals with the paranormal. Since the age of four, she’s experienced metaphysical encounters and can communicate with those who have passed away. “There are times when I can directly hear someone who has died, but usually, my mentor, Jack, will intervene, and the information gets filtered through him.” ASTROSarah has been communicating with Jack since she was a child. “I usually just hear his voice in my ear—I only see him if he needs to tell me something important, and I’m not paying attention.”

While doing readings, ASTROSarah concentrates intensely on her senses, which helps her tune into her surroundings. Frequently, when she detects paranormal activity, certain smells will alert her of any danger or negative energy that she feels around someone. Because of her connection to the supernatural, many clients call to inquire about what they believe to be paranormal activity in their homes. “I get a lot of calls about flickering lights, doors opening and closing, or strange sounds. Most of the time, it’s not paranormal. It’s just an old house or bad wiring that needs to be fixed. I’m always very honest with my clients—I pride myself on that.”

ASTROSarah loves that she can use her intuition in a way that benefits others. “The opportunity to help people fuels me. If I haven’t done something for someone else, I feel I’ve wasted my day.” On several occasions, ASTROSarah has had premonitions that have helped friends, family, or clients. “Sometimes it comes in the form of a mental picture and when I have one of these visions about someone—whether good or bad—I always share because I want the best for others. It’s difficult for me when people don’t listen to my warnings because I know, if they had listened, they could’ve avoided a negative situation. But, on the other hand, it’s such a great feeling when someone does listen and because they were prepared, avoided tragedy or made a decision that led them in the right direction on their personal journey. Those are the rewarding moments that remind me why I’m doing this.”

ASTROSarah loves that, as an advisor at KEEN.com, she has had the opportunity to help people with careers, relationships, and much more. “One of my favorite things is mentoring individuals who have been holding themselves back. When I can guide them down their right path and get then to break free from their fears, that’s when I feel like I’m making a difference. It’s so rewarding to know that I played a part in effecting positive change in their life by showing them their truth and encouraging them to pursue a path that will lead to success.”

ASTROSarah believes that, if we want answers, we need to listen. “We are all connected to one another and share energy with the people around us. We communicate through our energy all the time; it’s just that most of us don’t tune in. I have respect for all entities and simply allow myself to be a vessel, nothing more and nothing less.” ASTROSarah’s goal is to use her abilities to help others find peace, balance, and happiness. “Can you imagine a world where everyone was having fun? We should all be living life to the fullest—because there is no reason not to—and I want to help people do that.”

Visit KEEN.com to find advisors, like ASTROSarah, who can use their intuition and psychic abilities to provide insight into your past and future.