Beyond the Law of Attraction: Demystifying Your Crush With Science

Home /Psychic/Beyond the Law of Attraction: Demystifying Your Crush With Science
Psychic | 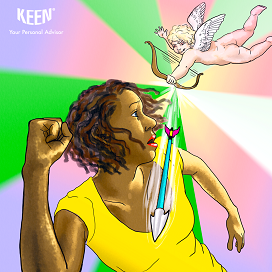 In Kabbalah, the system of ancient Jewish mysticism, it’s said that men and women are half-souls—each an equal part of a whole that can only reunite through matrimony. Nowadays, we might say it’s not necessary to be legally wedded nor straight to experience that seemingly divine bond. But the big question remains: Why are we so magnetically drawn to some people, and not others? And does attraction always point the way to destiny?

The Science of Attraction

Scientists, including biologists and psychologists, have taken a serious interest in attraction. Although plenty of results and related theories have surfaced over the last few decades, there is no “unified theory” of attraction. The consensus remains that what we like is complicated, shaped by our social norms and upbringing as well as our pre-programmed, genetic traits.

Here’s what researchers do know: opposites attract is, largely, untrue. We tend to find people who resemble ourselves—and, believe it or not, our parents—more appealing. It’s not that we all have Oedipal complexes; the phenomenon appears to be subconscious. But our parents certainly have an impact on our notions of “good looking.”

“Like attracts like,” known as the law of attraction, isn’t just about looks: We tend to find ourselves most attracted to people who affirm our values and beliefs. They often share our personality traits, too, like introversion or neuroticism. Longevity in relationships does seem to be predicted by how much partners have in common. Perhaps it’s all about feeling “on the same time,” like your experiences are shared.

Sometimes, though, we crave people who seem prohibitively different—someone who’s several rungs above you on the career ladder, or in another sphere altogether. What could a freestyling artist and a business type ever have beyond a fleeting physical attraction? Quite a lot, actually. People who have the potential to expand our world, to help us grow as individuals, are quite alluring. When two souls have a lot to teach each other and just enough in common to sustain a connection, sparks can (and do) fly.

What If I’m Attracted to the Wrong Person?

Attraction is a neutral thing, neither healthy nor unhealthy on its own. But sometimes, you can become helplessly drawn to a fantasy that, in real life, can only hurt us. Maybe your new neighbor is charming and handsome, but you’re already in a committed relationship. Or you can’t make those butterflies in your stomach quit every time you think of your awful ex. Some people lament that they’re chronically attracted to the “wrong kind of person,” which usually means people who for one reason or another aren’t emotionally available.

One thing’s for sure—you can’t will away your attraction to someone, no matter how absolutely ill-fitting they might be as a potential partner. If you’ve been instructed not to think of a floating speckled elephant, what do you think will spring to mind? Attraction is instantaneous, a force that roars into life faster than you can drop a glass of vinegar into a baking soda volcano. It’s chemical. And it’s already there, fully grown before you have time to whip out your self-talk: “It could never work!” “I already have a boyfriend!”

If you’re like most of us, your problems have never vanished when you closed your eyes. Unwanted feelings are no exception. So what is there to do, when your heart wants what it can’t or shouldn’t have?

That’s where free will comes in. Romantic urges are a biological imperative, which means they are not fundamentally different than the drive to eat a bowl of brownie batter or spend your day in a kiddie pool full of golden retriever puppies (other people have this urge, right?). Everyday, our brains unleash cascades of chemical messengers that manifest as longing—for love, for food, to hug baby animals. Sometimes we give in. Other times, we say, “Not right now!” You can have a feeling and not act on it. You can choose not to spend your lunch break with a tempting but married coworker, and you can choose not to call your on-again-off-again ex when you’re feeling vulnerable. We’d be lying if we said this was easy. What we will say is, it gets easier. When you practice saying, “No,” to what you don’t really want in your deepest heart, you get better at it.

The Tidal Force of Attraction

So, is attraction always a breadcrumb trail leading to relationship fulfillment? Not exactly. It’s a pretty complicated force that sweeps through your mind like a wayward breeze, and some of the time, it’ll point you towards a dead end. But that doesn’t mean it’s never right. Nearly all great relationships start with a seed of attraction (although sometimes it’s originally platonic), and nurturing that core is part of every long-term love. So listen up when you feel that all-over tingling: It could be a false alarm, but it may lead to your other half.

Want to know more about attraction—how to amplify your allure or make sense of a questionable crush? Advisors at Keen.com can help.

Keen Editorial Staff
Keen's Editorial Staff is made up of world-class writers, astrologers, psychics, and advisors with diverse experience and spiritual sensitivity.
Are We Meant to Be? Tarot Cards That Predict Relationship Outcomes
What Is Astral Projection? Out-of-Body Experiences for Everybody