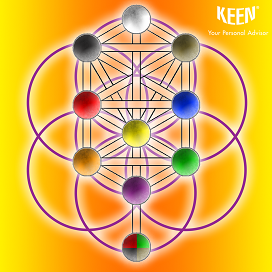 Have you ever seen someone wearing a red string bracelet? Or heard about the Kabbalah Centre in Los Angeles, which boasts Madonna, Ashton Kutcher, and Lucy Liu as clientele? What exactly is Kabbalah, anyway?

The answer depends entirely on whom you ask. There are really two Kabbalahs, one a form of Jewish mysticism, and the other a universal school of spiritual teachings. Although they share a common historical root, the dual movements that share usage of the name (which in Hebrew means “received teaching”) are radically different today.

At its most fundamental core, Kabbalah is ancient Judaism’s collective answer to some of the biggest questions about the universe: What happens after death? Is there such a thing as magic? What’s the origin of good and evil? In fact, the primary texts of the Jewish faith, the Torah and Talmud, are largely silent on these metaphysical questions. The Kabbalah springs from a third book, more recently written than either of the classical texts, that details this incalculably complex school of mystical Jewish thought.

The Controversial Origins of Kabbalah

This seminal text is called the Zohar, and like its cosmological contents, it’s shrouded in mystery. It’s not even clear who wrote it—scholars debate whether the enormous tome was produced by the 2nd-century rabbi Shimon bar Yochai, or 13th-century Spaniard Moses de Leon. According to legend, the wise scholar Shimon bar Yochai was inspired by the prophet Elijah to transcribe all of the mystical traditions of the Israelites, which were carried by word of mouth at the time. Fearing that the Romans would end his people and silence their wisdom, Shimon bar Yochai wrote in a cave for thirteen years. After his death, his book was lost for over a millennia, until it was discovered and published by the Spanish writer Moses de Leon. He claimed that the Zohar was entirely the authentic work of the long-ago rabbi, but scholars aren’t so sure. Some argue that he’d written his own work of mysticism (which would be an impressive feat on its own) and credited legendary Shimon bar Yochai for gravitas. But there’s powerful evidence that the Zohar could not possibly have been a recent work, including numerous anachronisms, timeline issues, and major stylistic differences from Moses de Leon’s other books. This debate underscores an even more pressing question: how seriously should Jews take the Kabbalah? Does it represent ancient mysticism, or just a fascinating historical commentary? As we’ll see, this question is at the heart of the rift between the two modern attitudes towards Kabbalah.

What Does the Zohar Really Say?

The Zohar is among the most challenging spiritual texts to make sense of. Its contents are esoteric and layered with meaning, so intricate that traditionally, only men over the age of forty were considered suitably prepared for study! Perhaps its most iconic teaching is the ten sephirot, or attributes, through which the eternal and unknowable qualities of God (the ein sof) reveals Himself to the world (yes, it really is as complicated as it sounds!). The sephirot are arranged as a tree, shown in the accompanying illustration, and each is ascribed a color and name. Some example sephirot include wisdom, eternity, kingship, and splendor. Many of them may be consciously understood through meditation and rigorous study, but others are elusive and incomprehensible. In fact, the uppermost attribute on the tree is said to be unknowable to the conscious mind. The Zohar also assigns various masculine and feminine aspects to God and provides mystical interpretations for controversies and fantastical events in the Torah (the Old Testament).

How is Kabbalah Practiced Today?

In some forms of Judaism, namely the orthodox Chasidic sect, devoted study of the ten sephirot is thought to enlighten the student to the “soul” of the Torah. These practitioners generally accept that the Zohar is a truly ancient work. But in the more liberal denominations of Judaism, the Kabbalah is a curiosity more than a way of life, viewed as a very fascinating document from the 13th century. Most Americans who were raised Jewish did not encounter the Zohar in their Hebrew school curriculum (pretty reasonable, considering that the mind-boggling complexity of Kabbalistic thought doesn’t translate easily to a third-grade class). That’s why for many practicing Jews, it can be understandably hard to fathom the global interest in Kabbalah.

As mentioned earlier, Kabbalah has another face, one that transcends religious boundaries. In the last few centuries, the Kabbalah has fascinated metaphysical thinkers from diverse traditions, including the occultist Aleister Crowley and Tarot deck co-creator A. E. Waite (of the Rider-Waite deck). These influences have shaped a branch of Kabbalah truly distinct from the practices you’d expect from a rabbi. According to this school of thought, the teachings of Kabbalah are universally sacred and compatible with all world faiths, not just Judaism, and should be available to all who seek them. This form of Kabbalah has evolved in conjunction with other spiritual practices; for example, each of the ten sephirot can be identified with a Tarot card, planet, and chakra. Additionally, these Kabbalists have wholeheartedly embraced astrology. They believe that stars and planetary forces have been known to shape our lives for millennia, but this wisdom was historically suppressed.

Celebrity practitioners of Kabbalah are more often than not in this camp, as are most practitioners who don’t identify as Jewish. It’s little wonder, since the attitudes of spiritual Kabbalists favor inclusivity and universality over a uniquely Jewish interpretation of the Zohar. That’s why these Kabbalists don’t stress knowing Hebrew or completing forty years of Torah study first. For many of these practitioners, Kabbalah is just one facet of spirituality, a worldview that unites ethics and self-growth with a metaphysical understanding of the universe. The widespread appeal of this branch is evident in the numbers of red cord bracelets that have trended on red carpets in recent years. These cords are more than proof of membership at a Kabbalah Centre, but also function as a form of protection against the “evil eye” curse.

The Future of Kabbalah

So where does that leave Kabbalah today, and what does it mean for new practitioners? It’s unlikely that the divide between rabbinical scholars and astrology-following non-religious practitioners will close anytime soon. A more volatile question is, what will happen to spiritual Kabbalah when the celebrity craze fades? Perhaps its popularity is a sign of the Kabbalah’s far-reaching appeal. Equal parts a strenuous mental workout and metaphysical guide, adherents both Jewish and otherwise equally derive enlightenment and spiritual wisdom that is unlikely to waver based on trends. For a school of mysticism that’s perplexed the brightest minds for nearly two millennia, and probably existed long before it was ever written down, staying power is virtually guaranteed.

Do you have questions about the Kabbalah? Many KEEN advisors can provide insight gained from years of study.