My “Out of the Norm” experiences go back to my earliest childhood memories. It started when I was around three and I clearly remember watching flowing illuminated specks of light swirling in empty space around plants and people. I could even watch those specks in the dark while going to sleep in my bed. They were beautiful. Little did I know, I was seeing energy in thin air. I just thought it was, you know, normal.

Before the age of six, I clearly remember chasing these beautiful little creatures with wings flying around the plants and flowers in the yard. Oh yes, they were illuminated too, in brilliant colors, bopping from plant to plant like hummingbirds. Little did I know, I was seeing fairies. Some call them elementals.

As the years went on, I just knew things that would happen. I never had to think about it; I just KNEW. For example, I would know if someone was going to get sick or if something was going to fall and break. Many times, I would see a split-second flash vision of the object crashing to the floor and smashing into pieces. Then, it would actually happen seconds later. The flash vision is always in vivid technicolor and in a split second, I can see every part of the scene that would make an imprint in my mind.

As a teen, I had some experiences with dead friends and relatives. This connection has followed me throughout my life. I have been visited with full blown spirit apparitions right in front of my eyes when fully awake. I can see clear and distinct images of the soul that are illuminated. These spirits have given me messages, not verbally, but telepathically, since we all have the ability to communicate with our minds. We actually do this all the time, but just don’t realize it; we don’t realize the powers that we all have. Our thoughts travel like radio signals; consciousness is very similar to a radio transmitter and receiver. We just have to tune in!

Our psychic advisors are here to uplift you. Call or chat today!

My Otherworldly experiences of the so-called “alien variety” are too wild and metaphysical to describe. But this type of encounter has followed me since my earliest memories as well and they happen on a regular basis. So yes, I believe in other life forms and they don’t just arrive in space ships; they are interdimensional beings!

I have also worked on unsolved crimes such as missing person cases with State Police in several states. Traumatic energy sends out a strong imprint to pick up on.

I even had an hour long Talk Interview Show on a Denver Access TV Station for a while called, “Out of the Norm.” I produced and hosted it. It was great fun and I got to teach others about my abilities.

So obviously, with all of my “Out of the Norm” experiences, I have studied the paranormal most of my life. My background in metaphysics and philosophy is immense.

I have researched ufology for over 40 years; so, if any of you out there are experiencers, please call me on Keen. I’m all ears and can offer advice. I have been an advisor with Keen for many years because it is a great platform and I enjoy helping others.

Talk to you soon! 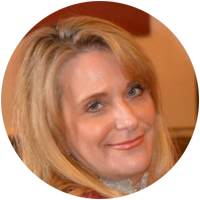 Dianne has experienced the “Out of the Norm” since early childhood. Spirit communication has been a major focus of research and personal experience throughout her life. This connection to the spirit world was handed down from her mother who had similar experiences as well. She assists others through difficult times, to help them advance spiritually.