How Simplifying Your Life Can Give You Back Your Power 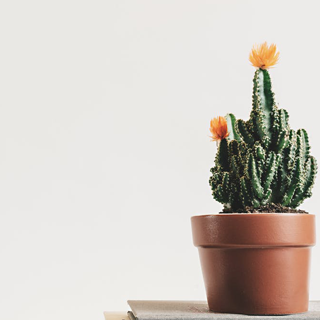 “I’m so overwhelmed,” Joanna said. “My life is total chaos, my house is a mess—every part of my life just seems complicated and crowded.”

“I can’t sleep, and I haven’t had a lover in over a year,” Dan confided. “You’ve got to help me figure this out. I’m overwhelmed, exhausted, and lonely!”

Feeling overwhelmed is common in our culture. Our mental, material, and emotional lives are cluttered and chaotic. The answer? Simplification. Movements that celebrate the simple life aren’t new, though they come and go in popularity. Recently, Marie Kondo’s The Life-Changing Magic of Tidying Up brought the idea of simplifying back into the mainstream. Though tidying might result in a clean house, how can simplification affect other areas of our lives?

Let’s start with Joanna. When I read her energy field, I could see there were negative thought forms attached to her, creating feelings of lack and fear. To start, I cleared these beings. But when she checked in for a second session, she reported that she felt “naked” somehow.

“I’ve thought about getting rid of stuff, but it feels like I’d be too exposed. I cleaned up my bathroom, but when I was done, it just felt so empty. It didn’t take long for it to go back to normal,” she said.

It’s common for people to surround themselves with clutter—both material and emotional— in order to feel protected or secure. With further work, Joanna realized her fear of emptiness actually stemmed from a past life and was impeding her ability to create space in this life. Although I cleared the past life blockage, changing her present was up to her.

“You are used to hiding behind stuff. You no longer have a karmic reason to do this, so now you have to change your neural pathways. Start simplifying your physical environment. We’ll take it one step at a time.”

Joanna began several months of tidying her home. It wasn’t always comfortable, but she kept plugging away. She had a reading every month or so to balance her chakras and remove any other issues.

Several months into this project, Joanna began to report that some problematic people in her work had left. One was transferred, one quit, and another had just stopped being an issue for her.

“Do you think it’s related to my simplifying? My work life certainly feels simpler now!”

Of course the two were related! When we begin creating space in one area of our lives, it also affects other areas in positive ways. This is the “magic” that Kondo talks about.

Creating More of What You Want

Because Dan’s issues were literally bed related, I asked Dan what his bedroom was like. He described the room: bed against the wall, sheets none too clean, laundry in the corner, books stacked on the floor, and a mountain of old mail on the desk. I kept seeing something under the bed, but Dan couldn’t remember anything. When he got home from the session, he texted me: I’ve got a box of my childhood stuff under the bed—I’d totally forgotten about it!

We’d started the session with chakra balancing and a look at Dan’s aura. I told him that his whole field seemed sluggish and clogged. After some energy work, I instructed him to go home and clean his room. The chaos there was energetically preventing him from restful sleep and was also not inviting for a new lover. And the box of childhood things was adding to the emotional clutter, even if subconsciously. It was the room of an adolescent or even a pre-teen boy—not a match for who he was in present time.

Dan took his time with the clean-up and returned for a reading about three months later. I clearly saw the room: he’d cleaned up outwardly but stuffed everything in a closet. The bed was still against the wall. He’d changed the sheets, but they were mismatched and worn. He confirmed what I saw.

“Okay, Dan,” I said. “You’ve made a great start. But you aren’t seeing results, and it’s because you haven’t really shifted the energy. You’ve got to get rid of everything in that closet or only keep that which is truly important. And you need to move the bed so that each side is accessible. Get a night table and lamp for the side you don’t sleep on. And buy a nice, new set of sheets. With a high thread count!”

He laughed but agreed. It took more time, but he began to sleep better at night, and six months later, he attracted a new woman into his life. She loved the calm serenity of Dan’s bedroom (he’d even repainted it and bought a new mattress)—and she loved the sheets. Dan was ecstatic and began working on other areas of his life, simplifying to create more space for what he really wanted.

Simplifying your life—on an emotional, material, or mental level—can be tremendously freeing, empowering, and magical. It does take effort on your part, but when you have control over your environment, you have more clarity, space, and peace. An advisor on Keen can assist you with finding blocks or imbalances that may be limiting your personal growth and help regain control over your life through the power of simplification.

Advisors on Keen are standing by to help you get the clarity and space you need to create the life you want.  Insight, guidance, and compassionate support can be yours now—why wait?

Facebook0Tweet0Pin0
Rituals and Practices for Cultivating Self-Love on Valentine’s Day
Listening To Your Gut: The Third Chakra and Personal Power