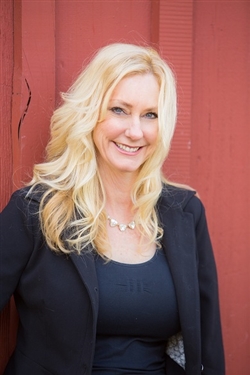 What started as a normal weekend 20 years ago resulted in Meredith discovering her soul’s true calling. After repeatedly recognizing strangers by name and realizing she knew things about people she’d never met, there was no denying that she had a gift. “I’ve been extremely intuitive since I was young, but I wasn’t fully open to my abilities because I didn’t understand that I had them. I think, after not actively using my intuition for so many years, my spirit eventually decided to wake me up to the fact that I could use my gifts to help others.”

Meredith began giving readings on the side to explore her abilities. “I wanted to test myself and see how people would receive my messages. At first, I was astonished at how accurate I was. Then, I realized the moral responsibility that was on my shoulders because the messages I receive are not always things that people want to hear. That’s when I decided that, if I really wanted to use my abilities for good, I would need to hone my skills and do it professionally. I knew that if I could embrace clients in a warm way and create a sacred space to share my intuition, I could connect with them and help them design their best lives.”

Stepping Into a Divine Space

In 2000, Meredith discovered Keen and decided to make an advisor profile for herself, with the name “Soul Navigation Meredith.” “In truth, I thought I was late to the game because there were so many other advisors on the site already.” Within a few months, Meredith rose to a top-50 spot on Keen’s advisor ranking. “For the first couple months, I barely slept. I was up all night doing readings and then I worked my corporate job during the day.” A year later, Meredith’s client base was so large that she was able to leave her job and began giving readings full-time. “I never felt that my work in marketing for the arts was a wrong career decision—I was very passionate about it—but once I discovered Keen, I knew I’d found a way to make a living pursuing my calling. And ever since, it’s felt like I’m working in my divine, rightful space on Earth.”

Meredith has given more than 125,000 readings on Keen and is amazed at how many clients she’s been able to connect with. “I never imagined that I’d be able to use my gift to help so many people become their best selves. It’s such a blessing to have the ability to tap into a larger network through Keen, and it’s given me immense satisfaction.”

Connecting With Your Soul’s Truth

As a clairvoyant and clairaudient, Meredith can see and hear messages, and through meditation, she has learned to raise her vibrational level to reach divine connection. After her father passed away in 2004, Meredith discovered that she also had the ability to do medium work. “It took some time to connect, but I can now channel loved ones who have crossed over, and I believe my father is the channel who opened that door for me.” Additionally, Meredith communicates with spirit guides and guardian angels to help clients realize their true callings and advises them on how to pursue that path. “We are on this Earth to learn lessons that will bring us closer to enlightenment. However, our ego often gets in the way and prevents us from being open to these lessons. In my readings, I’m able to feel a person’s energy and see their soul’s truth, which enables me to show people the lessons they’re meant to learn.”

When a person has an emotional attachment to the outcome of something, it’s hard for them to look at it objectively. Meredith is able to see situations from an unobstructed, unbiased perspective to give extremely accurate readings. “Our egos don’t want to be disappointed, so it’s often hard for us to step outside of ourselves and view a situation without our own agenda attached to it. But, our souls are capable of understanding truth and that is something I don’t compromise in my readings. Even if it’s difficult to deliver, I always find a compassionate way to deliver sensitive information. I’m committed to honesty and integrity in my readings because ignoring or denying the truth never serves us in the end.”

Meredith considers herself an intuitive reader and motivational life coach. “I don’t use the term psychic very often because I feel it puts too much separation between me and my clients. We all have intuition, I just use mine more than the average person so mine has become stronger with practice.”

While many people call Meredith about love, money, and career, her favorite question to answer is, “What is my soul’s purpose?” “It’s incredibly rewarding to help someone understand his or her higher calling. I consider it an honor and a privilege to help people get in touch with their highest, best selves, or to prevent a soul from making a tragic mistake.” Meredith loves working with people who’ve never had a reading done before. “The experience can enrich your life in ways that you can’t know until you try, but I know that, for some, stepping into a reading feels like taking a risk—it’s very vulnerable and intimate work. I enjoy showing people that it’s nothing to be scared of and that it can truly be life-changing if you allow me into your  heart. It is my mission to leave each person in a better place than they were before they spoke with me. Whether you’re feeling stuck in some aspect of life or you’re searching for truth and inspiration, I want you to leave a session feeling inspired to achieve your highest self and empowered to pursue your true calling.”

For an intuitive reading to help you find your soul’s purpose, call an advisor on Keen, like Soul Navigation Meredith, today.