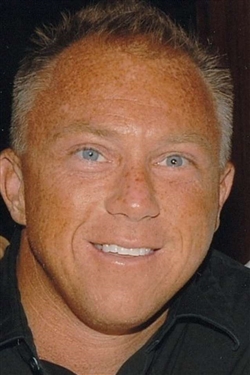 Darren, known on Keen as “Loveline With Darren,” always knew he had a heightened intuition, but as a child, people often brushed his premonitions off as luck. Eventually, it became clear that the accuracy of his foresight was no coincidence. “I didn’t actively pursue it, but as time went on I gradually became more aware of my abilities. I’d be in the middle of a conversation with someone and I’d suddenly develop a very clear sense of what was going to happen. In the end, everything I predicted would come true and, the more it happened, the more people I had asking me to do readings for them.”

After earning a degree in broadcast journalism, Darren decided to pursue a career with a major airline. But, in 2011, when the industry took a downward turn and companies were forced to make pay cuts, he began to entertain other options. “I often gave readings to my coworkers for fun and many of them encouraged me to look into doing it professionally.” Darren did some research and came across Keen. He liked the platform and decided to give it a try.

For the next few years, Darren built a client base while continuing to work part-time with the airline. Then, in 2005, he decided to leave his job to fully focus on his career as an advisor. “I was nervous at first to make the shift, but I looked into my own future and saw that Keen would be a successful path for me. It’s truly been the best decision I’ve ever made.”

Darren is self-taught but enjoys spending time in Cassadaga, a spiritualist camp, to expand his mind and fine-tune his abilities. He prides himself on being honest and straightforward during readings. “I get right to the point, and I always speak openly. I’m not looking to waste anyone’s time or money, and I don’t want to give people false hope. I share what I’m picking up on, but I always put myself in my client’s shoes and deliver messages in a compassionate way because readings are very personal and the subject matter can often be sensitive.”

It’s important to Darren that his clients are completely satisfied and that everyone leaves a session feeling that it worth their time. “My readings are always truthful and, if I’m getting a message that isn’t entirely clear to me, I won’t pretend to know or misguide someone.” Darren’s experience has taught him that always speaking the truth is the most important aspect of being an advisor. “Unfortunately, part of my job involves telling people things that they may not want to hear but need to hear. I take that very seriously because, often, no one else in their life is willing to be that direct with them. It’s very rewarding when someone calls back and thanks me for being candid with them. To me, being honest is imperative and my goal is always to help people see that, even though something may seem bad now, if they hang in there, things do look better down the line.”

Darren encourages people to come into a reading as a skeptic. “I like when someone doubts me because it gives me a chance to use my abilities to change their mind. Many people want to see it to believe it and so I always tell people that if, within two minutes of the reading, I don’t say at least two or three things that are on track, they can hang up and walk away. No one ever hangs up.” Darren is also good at sensing things that have happened in the past and many clients are blown away by his ability to pick up on facts or events that there would be no way for him to know about. “It’s an incredible feeling when someone says they didn’t want to believe me but had to come back because I was right. And it’s even more gratifying when they then refer their friends to me—that is a huge compliment.”

In his readings, Darren covers a variety of topics including relationships, careers, finances, and family. “No matter what I’m discussing with someone, I always talk to them like I would talk to one of my friends. I think people appreciate that and can easily relate to me because I remain true to who I am.” Darren has had many of the same clients for years, but he’s always open to new clients. “I like building a rapport with people and maintaining that relationship and trust.”

Being an advisor on Keen has given Darren the ability to pursue his calling. “Working with Keen has allowed me to do things I would never have been able to do otherwise. I love having the freedom and flexibility to run my own business from home, and it’s extremely gratifying to have a career that I enjoy. I look forward to talking with my clients every day and knowing that what I do is helping others find happiness is so rewarding. I believe very strongly in the idea that we get what we give and being an advisor allows me to pay it forward on a much larger scale by sharing my gift and living out my purpose.”

Contact advisors on Keen, like Loveline With Darren, for psychic readings to help you find happiness in many aspects of life, including love, career, and family.