What Does it Mean to be Psychic? A Skeptic’s Discovery

Home /Psychic/What Does it Mean to be Psychic? A Skeptic’s Discovery
Psychic | When most people hear the word “psychic,” they picture an exotic, mystical person swathed in colorful fabrics and holding a crystal ball. Those who consider themselves progressive might have a more favorable image in their minds, but still one of a person who is different in some way—a kind of quirky social outcast that dwells in scientifically-unproven realms. In fact, the word “psychic” has such a negative connotation in our society that most people feel uncomfortable even talking about the subject—this, despite the fact that all of us are naturally curious about the path our lives will take. 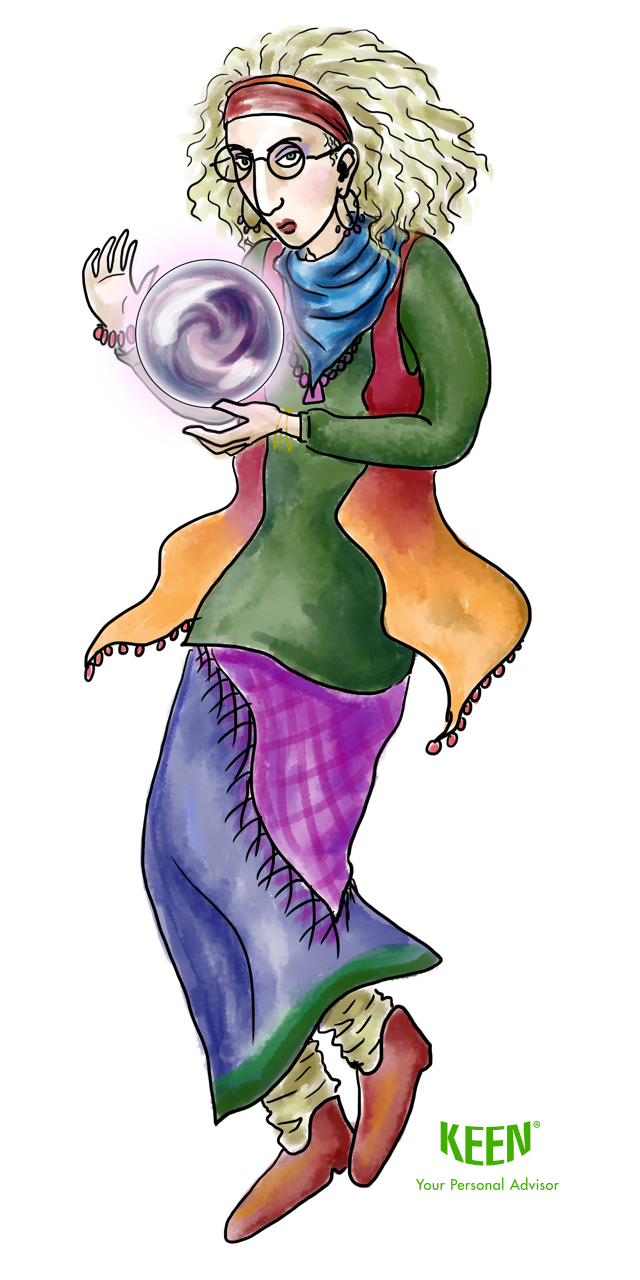 Until recently, I was one of the non-believers. Coming from a family of doctors and lawyers, I was taught since childhood to trust only the scientific and biological explanations for the world around me. I was also convinced wholeheartedly of the importance of self-sufficiency, never wanting to seek help or support unless I absolutely had to.

It was with great courage that, earlier this year, I signed up to attend a mind/body wellness retreat to explore the world of self-care. Once there, a new friend dragged me to a class called “Playing with your Intuitive Superpowers,” and I reluctantly agreed to participate. I’ll admit that the word “superpowers” is what ultimately got me to go: who doesn’t wish they had some of those? As a journalist, I was prepared to take in this class as an interested observer, but nothing more.

The teacher, Vanessa Codorniu, began by describing her own path to psychic awareness—at the word psychic I cringed—and then she began to describe the different ways that people can receive psychic information, such as through images (clairvoyance) or sounds (clairaudience). 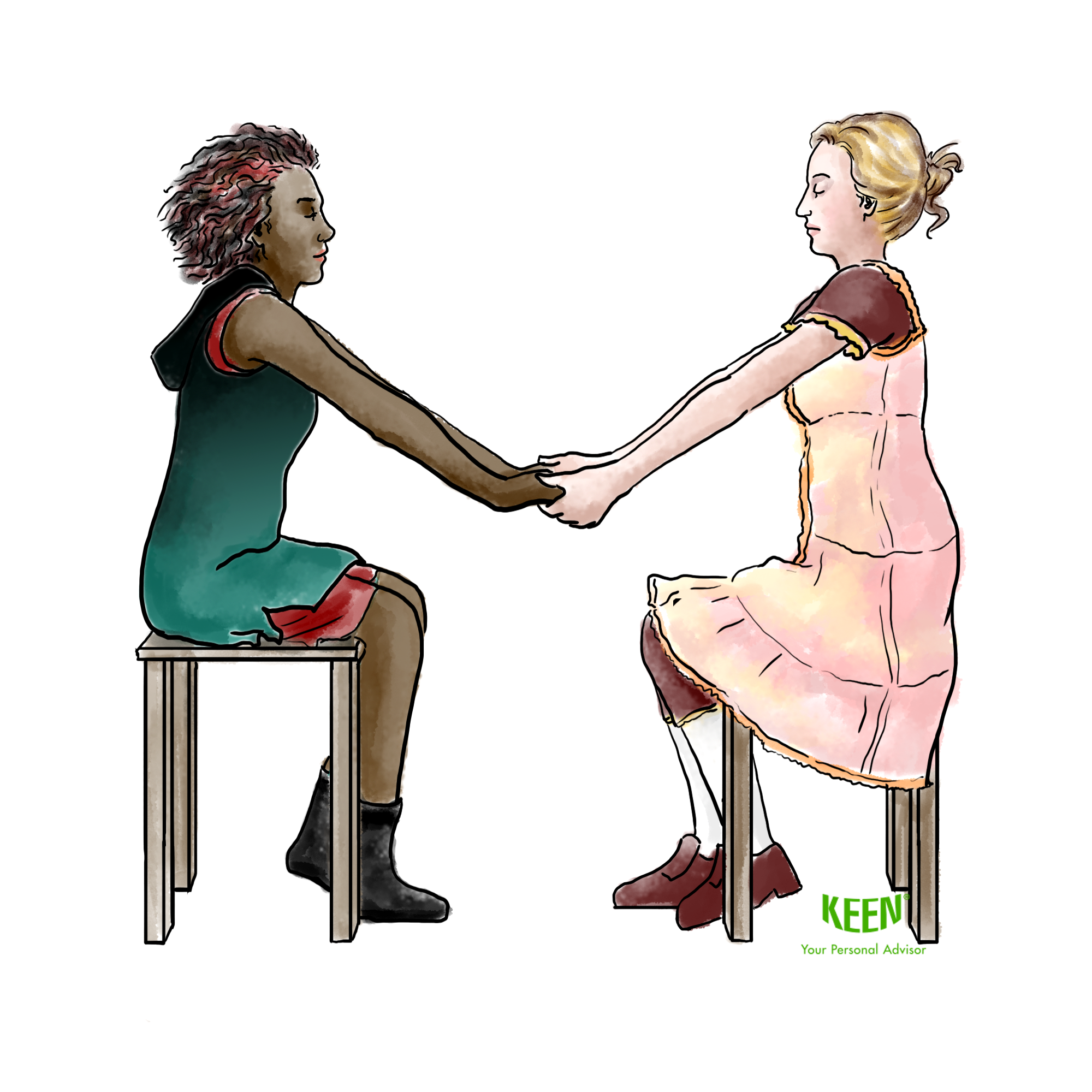 Then she introduced the concept of being an “empath” (being easily affected by others’ moods), and that’s when I really started to listen. Empaths are very sensitive to the world around them, can pick up on other people’s feelings, and are generally “clued in” to emotional climates. But…that describes me, and it sounds normal, not psychic, I thought to myself.

Towards the end of the class, we paired off to practice “reading” for each other. As I took my partner’s hands in mine, I could hear my negative judgments babbling and I pushed them down, determined to give this a try. Quieting my thoughts, I searched for signs of my partner’s energy as best I could, eyes closed. Gradually, I got this sense that she was struggling through a tough transition in her life, and felt that the right thing to tell her was: “I’ve been there. You have support and you’re going to be OK.” She burst out crying, exclaiming, “I really really needed to hear that.” She hugged me with deep gratitude.

Was it magic? No. Did I “psychically read” her? Who knows? The important thing is that I took her in, connected with what I perceived to be her experience, and offered a helpful message. In other words, I was empathic towards her. I met her where she was emotionally, demonstrated that I understood, and showed her compassion. The teacher, Ms. Codorniu, commended me on my efforts. But I felt confused—what did being empathic have to do with psychic “superpowers?” Codorniu agreed to explain it to me further over the phone. She began by explaining, “Being psychic is the same as being intuitive. At the heart of it, we are all intuitive. To be intuitive is to be alive. We are made of energy, and our bodies are vehicles of expression, able to both transmit and receive energetic messages. A ‘psychic’ is someone who is conscious that they are sending and receiving energetic information.” But if we are all intuitive, why aren’t we all aware of these unseen messages? Codorniu points to the fact that our society doesn’t “cleanse and release” well: our addictions (to drugs, shopping, eating, information, technology, work, or what have you) distract us from our intuition. “We try to stuff our feelings or run away from them, which makes us anxious or even physically ill,” she elaborates. When we file away unhealthy feelings instead of processing them and cleansing ourselves, we shut down. We stop being able to feel compassion, and we lose the ability to connect emotionally. I’ve known this from psychologist friends, books such as The Gifts of Imperfection by Brené Brown, and from personal experience. But I never before connected this with a shutdown of psychic intuition.

Being empathic, as it turns out, is much more than just the ability to understand and share the feelings of another. According to The Spiritual Power of Empathy by Cyndi Dale, “empathy encompasses thoughts, perceptions, sensations, and almost every other sort of awareness we are blessed with” (Dale, 2). From behavioral and neurological studies, scientists have found overwhelming evidence that shows how important it is for humans to connect. As Dale writes, “Infants lacking bonding will often fail to thrive” (Dale, 3), but it’s not just newborns that need connection—we all do. Our ability to empathize is what facilitates human bonding, acting as “the single most important vehicle we have for accessing love” (Dale, 5). As Dale describes, our bodies are uniquely coded for empathy, from our neurological connections to our endocrine systems: “empathy is hardwired in each of us, but we have to choose to develop and use it” (Dale, 50). We’re empathic beings, made of energy, wired for connection, and who (often unknowingly) receive unseen information from others and the environment. Leigh Ann Loggins, a well-respected intuitive known in the business world, points out: “Everyone knows what a ‘gut instinct’ feels like. Every human being has an inner GPS. But some people practice and hone it, allowing it to grow and exercising it like a muscle.” For Loggins, connecting with her intuitive abilities has increased her faith in God, giving her a sense that she’s not alone. But this wasn’t always the case. Similar to myself, Loggins didn’t always have the highest opinion of psychics: “I used to be a director in the corporate world. If someone had told me that I was going to be a psychic, I would have thought they were insane. I thought psychics were scam artists. But then over time, I started to notice that my intuitions about acquaintances’ lives were true. That’s when it started to feel like a calling to help people.”

It’s no small wonder that Loggins was initially reluctant to give credence to her abilities. There are many misconceptions about what it means to be psychic, perhaps the biggest being that psychics should have perfect lives. Says Codorniu, “Just because I’m psychic does not mean I know whom to marry and how to win a million dollars. I’m human, after all! The information I receive isn’t coming from me, it’s coming through me, and I am not exempt from the confusion and normal cycles of life.” Another misconception is that psychics are demonic and manipulative. Loggins cautions, “Psychics aren’t all-knowing. You get in trouble when you put power into someone else’s hands.” Codorniu elaborates, “There are dark psychics because there are dark people, not because being psychic is dark. This is called ‘light work’ for a reason; it’s supposed to be empowering, loving, and non-judgmental. Take what serves you and release what doesn’t. You should feel expansive after a reading.”

Both Loggins and Codorniu emphasize how important your own intuition is when consulting psychics. Seeking guidance from a psychic is like consulting a life coach or a therapist. Their job isn’t to solve your problems or tell you the future, “it’s about getting confirmation on what you already feel in your gut,” as Loggins reaffirms. She goes on to explain: “There’s no such thing as fate. You create your future, based on your own choices and free will. I see a projected picture about what people are in the process of creating, but this can be changed.” A good psychic is like a forest guide who walks with you through the woods and reminds you that you already know the way. Marla Dawn, an advisor on KEEN.com, describes her work as “helping people understand something that they’re not seeing, or helping them see things from a new perspective.” Along the same lines, Codorniu explains, “My work does not give you anything you don’t have already. I facilitate you remembering your true self.” 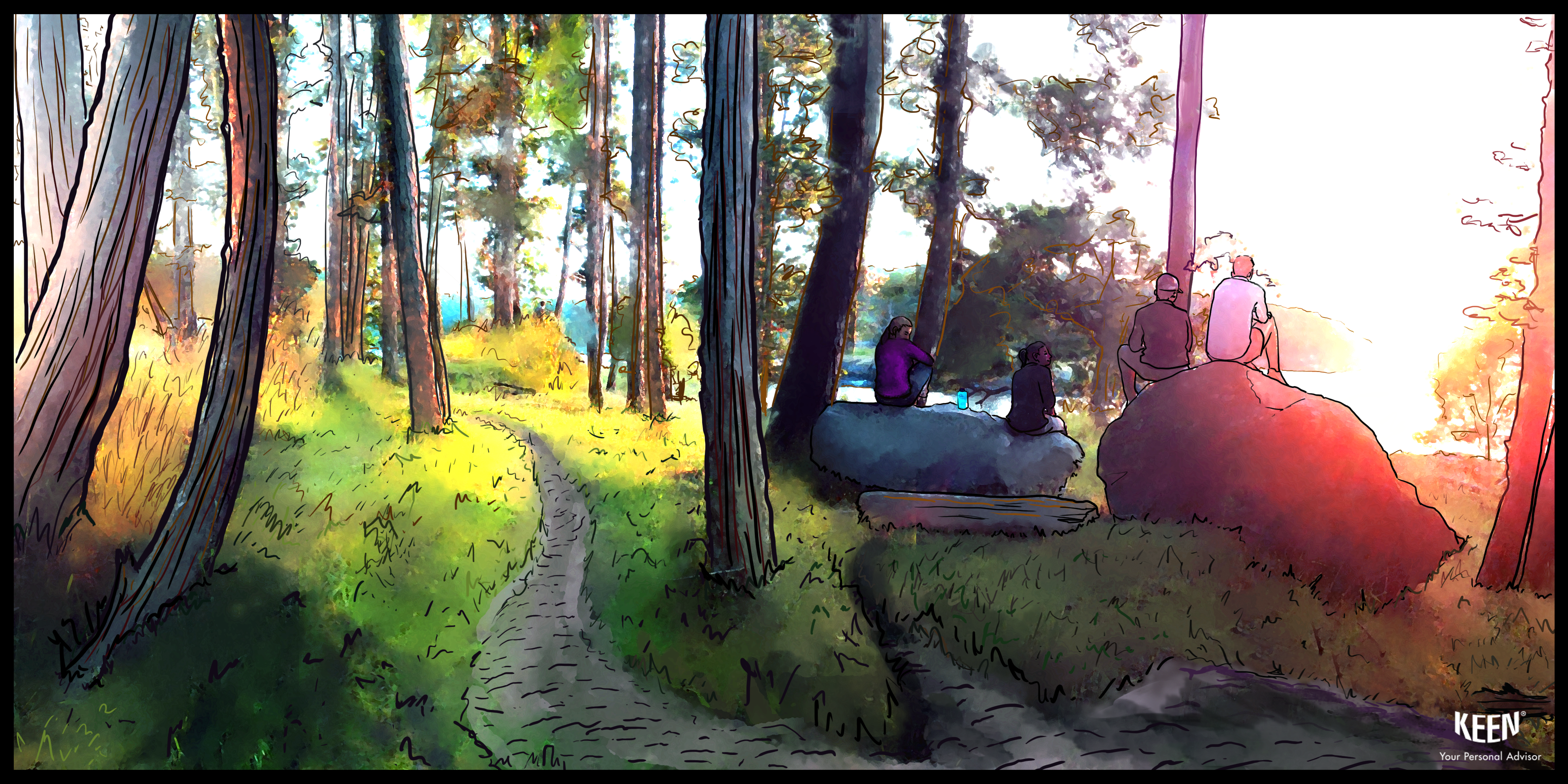 We All Have Superpowers

What I have come to learn is that the term “psychic” is not synonymous with speaking to the dead or peering into a crystal ball. Though highly intuitive people do have unique gifts such as mediumship, at its core, being psychic is really about being empathic, which is scientifically and innately human. “No one is excluded from intuition,” Loggins says. “We’re all born with it. People say to me, ‘You’re so gifted’ but it’s not a gift at all—we all have this ability. I just choose to specialize in it, much like someone in IT chooses to specialize in technology. We have skills that we each develop and are very good at what we do.”

Psychic ability seems scary because we believe that it’s only reserved for certain people, but we all have the capacity to use our intuition and tap into unseen energy, which can be as simple as knowing that the person next to you could use a hug. Joshua, another advisor on KEEN, known as “Joshua’s Guiding Light,” points out: “You may not realize that you’re using psychic abilities, but any time that you can sense how another person is feeling, that’s exactly what you’re doing.” We’re all empaths on some level, but practicing psychics are like professional weight lifters who know exactly how to use their muscles of empathy. When we pick up information on the people around us in a mindful, healthy way, we are more likely to feel compassion, connection, and a sense of belonging. Tapping into our intuition is just as necessary to cultivating our sense of joy and peace of mind as stopping to smell the roses. The flowers are always there, just waiting for us to notice. And I plan on smelling them a little more often.

If you’re looking for a professional empath to consult, talented advisors on KEEN.com specialize in everything from relationships to career choices to lost loved ones.