What Does the 5 of Spades Mean in Cartomancy?

Home /Tarot/What Does the 5 of Spades Mean in Cartomancy?

Cartomancy is a divination system much like tarot cards and Lenormand that uses a poker deck to decipher one’s future. Cartomancy is also used in astrology as each card means something on the astrological chart. Known as a popular game played in the royal courts, cartomancy goes back to the 1300s. It was not until the 18th and 19th centuries during the Spiritualism boom that made a massive comeback. Unlike tarot, cartomancy readings are straightforward. The poker deck used in cartomancy is not as intuitive and is not rooted in magic or the subconscious like the tarot is.

The questions you would ask the cards would be more direct and not as deep as you would ask in the tarot. Each suit pertains to something and each card has a separate meaning. Spades represent the future and challenges. Hearts represent feelings, the home, and relationships. Clubs are all about good fortune. Diamonds always deal with finances. The way each card is laid out will form a sentence with another card.

Single Card
This is a simple yes or no type of reading. Very simple and direct answers are advised for this. Think of this also as a way to ask how your day will go.

This is a past / present / future spread, although it deals with more in depth divination you will most likely just get hints and facts, nothing more. You might get one small detail or piece of advice from this.

This spread will be a very detailed view of the past and will give you more descriptive markers to look out for. The cards go in the same order as they would in a tarot celtic cross spread. In a reading like this, you will most likely get physical descriptions and timing so make sure to take lots of notes!

Of course there is always a chance your reader will pick up on more as these cards can be a gateway to something more in-depth that needs translation from a psychic advisor.

This suit is mysterious and intense. It holds many secrets and although those secrets come off as negative, they are merely pieces of advice you should take if you want. Spades can speak of truth, betrayal, and legal matters. This suit also covers grief, loss, loneliness, and obsessions. This suit may have the seriousness of a strict parent but it also is the suit that is not afraid to show you what it is you need in order to get your life together. For my astrological buffs, think of this suit as having big Saturnian energy.

The number 5 is the middle of the road. It is usually this number that gets you to either jump off the platform or retreat. The number 5 itself can lead to frustration as you may have difficulty coming to a decision or you are just realizing how lost you may feel. This number is not here to let you down. It is simply the push and pull and will let you know that you are feeling stuck.

What does the 5 of Spades mean?

The imagery that goes along with this card is a hand holding out a knife. This can denote a literal meaning such as surgery. This can also talk about cutting something or someone off. This card also be frustrating because it is the point you reach before you surrender. This is the meltdown. The point before you take action after suffering a loss.

We have discussed in other articles how reverses do not really exist in some of these older systems. Many readers believe that a reversal is a shadow aspect of that card. Something you might be in denial of or are avoiding. Of course, there are always some readers who will look into this more closely and it always depends on what cards are surrounding it.

Wrapping up the 5 of Spades

Today we learned a little bit about Cartomancy. We talked about its history, usage, and overall system. We saw that unlike tarot, it is more of a literal oracle and not too deep at first glance. We learned that the number 5 acts like a sort of crossroad and is the prerequisite for you to take action. Depending on the surrounding cards it can mean anything from suffering a loss to actual surgery. The severity of this card is not to be underestimated, but know that it is surrounded by other cards that are rooted in your situation.

Keen has many experienced advisors who practice Cartomancy. Schedule your own psychic reading today and get 3 minutes for free!

Sonia Ana Ortiz
Sonia Ana Ortiz is a tarot reader of 27 years. She was raised in Miami and taught Spiritualism in Kardecian fashion by her mentor for a period of 10 years. She has written for Bust, Vogue, Cosmopolitan, and Shondaland.
How To Manifest Love into Your Life
Dive into the Cartomancy Meaning of 6 of Spades 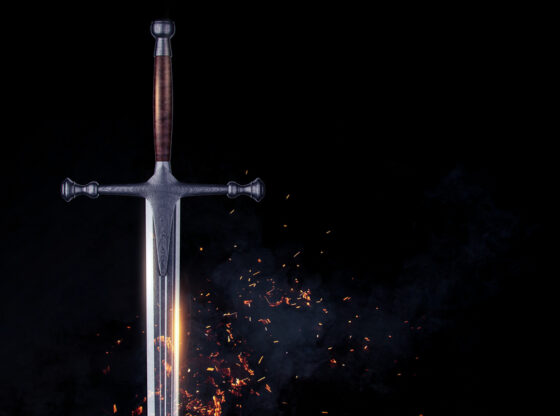