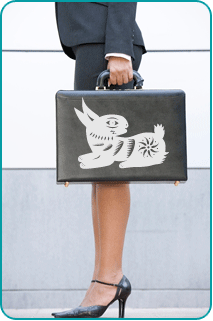 The Chinese zodiac is an annual cycle of twelve signs named after animals. When the Buddha ascended out of the material plane, twelve animals came to bid him farewell. He gave each animal a rulership over a particular year. The order was assigned by who turned up first to greet him. The Rat was the first to make it to his feet. The Ox followed and then came the Tiger. Soon the Rabbit made its way there. As of February 2, 2011, we are in the year of the Rabbit, the fourth animal in the Chinese zodiac.

Like Western astrology’s twelve signs, Chinese zodiac signs determine our personalities and influence the year’s events. In addition to love and relationships, Chinese astrology is a great indicator of where things are going in our career pursuits. If you know your Chinese animal, read below to see how this current year of the Rabbit will affect your career path.