Using the Past to Predict the Future

Home /Love/Using the Past to Predict the Future
Love | 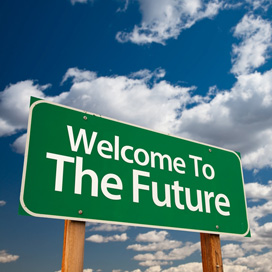 Gaining perspective on our relationships, both past and present, can be difficult. For one thing, being intimately involved in a friendship or love affair generally means we lack the benefit of objectivity — a neutral, detached or outside perspective. We’re too close to the action and emotion, operating too much out of instinct and habit, to have a clear view of the dynamic unfolding between ourselves and the other person. Furthermore, many of us gravitate toward certain types of people and relationships without considering why — what it is about that personality type or relationship dynamic that draws us in again and again.
If your relationships tend to be mutually fulfilling and long-lasting, you may not feel the need to look into your past or try to predict the future of your connections. But if you have noticed a pattern of unhealthy or unsatisfying friendships or love affairs — perhaps you don’t feel heard or respected by the other person; perhaps you have to do more than your fair share of work to keep the connection afloat; or perhaps you just aren’t having much fun — take it as a sign that it’s time to look more closely into what is occurring and why.

Often, the best place to begin looking is the past. While many people might argue that we must leave the past behind and continue progressing into the future, sometimes there are issues from our pasts that must be understood, processed and set to rest before we can truly move forward. Once you gain a clearer view of your past relationships with family members, friends and lovers, you can become more realistic about your present and future connections with other people. That, in turn, will enable you to predict the future of your relationships more accurately, almost as soon as you become involved in a new one.
Following are some signs that can signal a relationship that may not be fulfilling or successful in the long run. As you read, consider these signs in light of past friendships or love affairs that went sour. Which, if any, of the following signs describe that relationship? Take note of them to determine whether they can provide a clear picture of why the relationship did not work out.
Once you have completed this retrospective work, it is helpful to consider these same signs again, only this time, review them in light of a newer friendship or romance in which you’ve become involved. If the same red flags pop up in your current relationships that affected your connections from long ago, this could be a sign that you have unwittingly developed an unhealthy pattern. Eventually, you will begin to remember these signs on your own; they will take root in your mind as red flags that remind you to maintain a certain distance and proceed with caution, rather than jumping wholeheartedly into a new connection without considering where it might lead.

Signs that your former friend may have had issues with anger, jealousy or depression:

Signs that your former friend was overly self-absorbed or failed to treat you with enough kindness or respect:

Signs that your former friend was overly clingy or needy:

Signs that your former friend was afraid of commitment or emotional intimacy:

Signs that your former friend simply wasn’t interested in a relationship with you, or was actually unavailable:

Once you have considered all of the above warning signs in light of past and present relationships, it is also quite beneficial to consider them once again, only this time, with respect to yourself and your own behavior. After all, every relationship is a two-way street. Perhaps you were more responsible than you realized for the way past friendships or love affairs ended. Even if the other person is largely to blame for what went wrong, you also participated in the unhealthy connection, putting up with some amount of mistreatment and unhappiness before the relationship finally ended. While none of the above red flags should be taken as a definitive sign that the relationship will be unhealthy or unfulfilling, gaining clarity on what happened will help you predict the course of future relationships more accurately. This, in turn, will assist you in devoting your energy and emotions to those connections that stand a solid chance of being healthy, harmonious and fulfilling.

Some signs that your current friendship or love affair is a healthy and fulfilling one that stands a good chance of lasting long-term:

Keen Editorial Staff
Keen's Editorial Staff is made up of world-class writers, astrologers, psychics, and advisors with diverse experience and spiritual sensitivity.
Surviving the Blind Date
Budget Conscious Ways to Renew Your Spirit