What is He Thinking?

Home /Love/What is He Thinking? 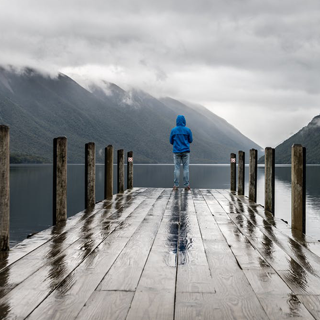 Inside a man’s mind…

As you may have noticed, men and women are very different. The physical differences are obvious but what about disparities in motivation, thinking processes, and emotional landscapes? Ever wonder what he’s thinking? Perhaps you’ve asked yourself this question while feeling deeply confused or even intensely angry. This is a question women have been asking, and may continue to ask, for centuries.

Differences demand attention. In order to coexist, you need to understand one another and differences in your personalities must be bridged. On the other hand, if you knew all the contents of his head, life would eventually be pretty boring. These challenges become the foundation for a lasting and fulfilling love relationship.

What are your intentions? Why do you want to know? How are you asking? Are you shaking your head in amusement as he does something stupid? Men think about more than food and sex. They also think about work, getting ahead at work, sports and getting ahead at sports. They think about household bills and politics and art. The male mind is complexly simple whereas a woman is simply complex.

In general, men think in a directed way, often about one thing at a time, while women can cover many topics quickly and can see the larger picture. Men think like a missile, homing onto a target. Women will wonder why we are at war. Men like to compete and declare a winner. Women compete as they manage and provision the battle scene. Men think in years. Women think in decades. Men and women are physically and biologically distinct. These differences may be honored, humored or rejected but they are the essence of life itself.

As you dance through your life, various stages in your relationship can be defined with a male impulse that is described below. This thought will cross your man’s mind. In some it will be strong. In others, it may be a fleeting consideration.

When a relationship first begins, men like the chase. This is a primal impulse. Men like to hunt. At this stage, you must listen lightly. He wants something of you and he will say anything to get it. Early in a relationship there are a series of firsts, goals that must be accomplished. First Base, the first kiss, is always a big moment.

A woman makes the home. The man settles the homestead. He likes to secure things. Putting up a fence. Creating boundaries. Procuring necessities. He is engineering and settling his ownership. Once a relationship has been established, a man likes to find security. He will be quick to defend it.

A man with a family is motivated to keep the ball spinning in the air. A family is a busy organization with a cast of characters all moving in a different direction. The family is his foundation. It becomes the glue of his life. It is his pride and joy.

We place a value on everything. His memory of accomplishments and survival will prove to be a highly valued property that you can revisit endlessly. Men like to take stock, to determine the worth of everything. It is later in life that men will value and honor you the most.

These stages in life offer a clue into the mind of a man on a general scale. For example, infidelity highlights many aspects of the male species. What was he thinking when he cheated on you? He was not thinking. Naturally, women can see the long view, while the male mind thinks in shorter terms. Men think about now and their first impulse. You contemplate and see the bigger picture. However, just as women have been able to compete in the working world and adapt to a more directed way of being, men also must learn to adapt to a bigger picture and learn to take care of the future as well as the present.

Family is another situation. In the most traditional model of family relationships, he provides and you nurture. Women bear the brunt of the labor because men tend to think like children. Men create crazy quests and engineer schemes. Flights of his fancy will soar, while you stay grounded and practically minded.

Love is a long dance between the sexes. Sometimes it’s rock and roll. Other times, a slow dance. As a couple, like life, you move and change. Most of the time, we do not know what we are thinking, let alone the mind of our mate. Will he ever understand you? No. Will you ever know what he is thinking? No, but you can get closer.

Keen Editorial Staff
Keen's Editorial Staff is made up of world-class writers, astrologers, psychics, and advisors with diverse experience and spiritual sensitivity.
What is True Beauty?
Which Zodiac Signs Are Faithful?