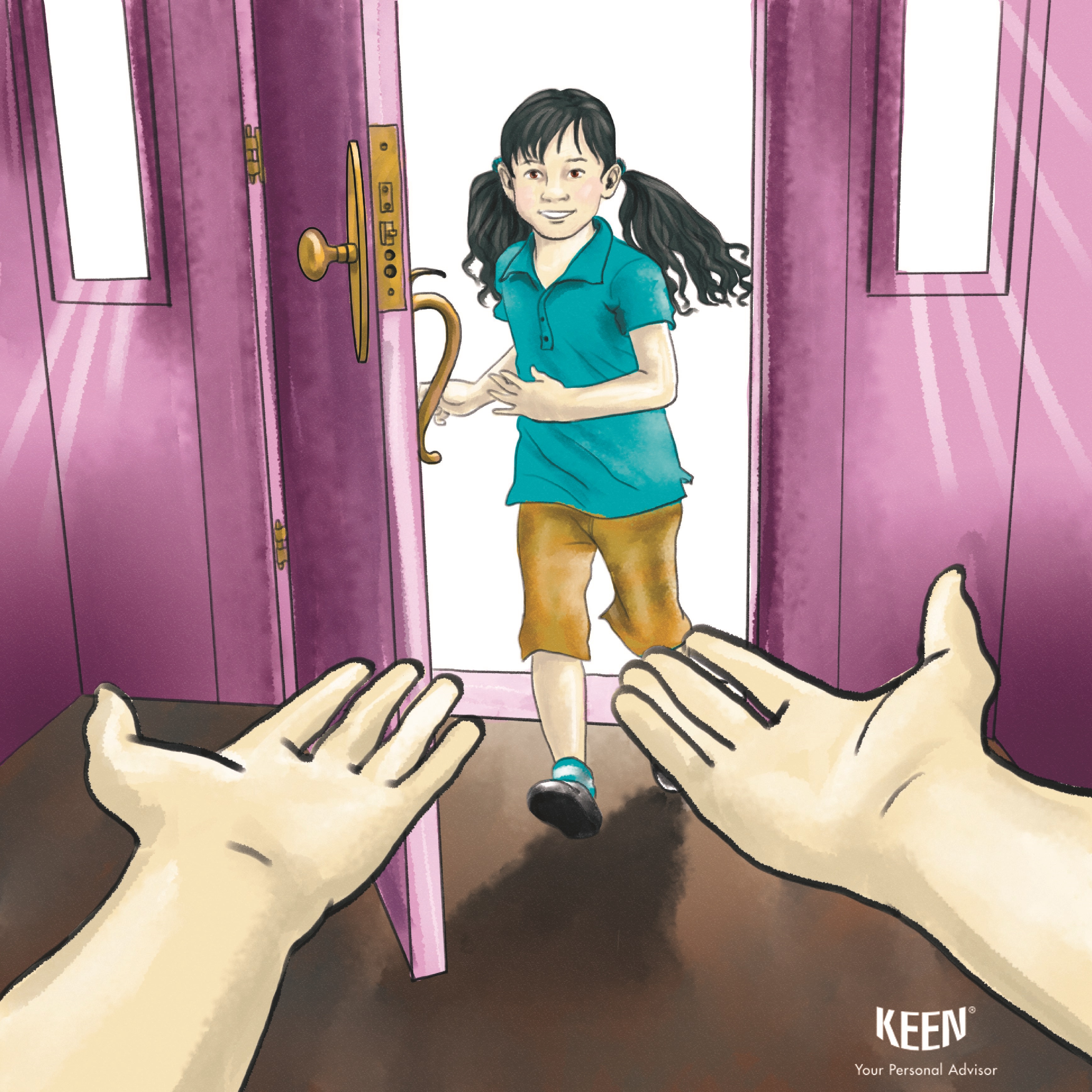 I want to tell you stories of loss. I want to tell you stories of mothers who have lost their children in very different senses but with the open wound of a life that wasn’t lived. One involves a daughter who disappeared one day after school. It was every parent’s worst nightmare: each tick of time pushing your further away from when life was normal and predictable. The questions, the lack of sleep, the slowly-dropping illusions that protected you from reality. For too many mothers around the country, this nightmare is a waking reality. For Sandra, who called us to talk about her missing child, wanting to gain insight into why this could have happened, the pain was a constant, even after all these years. She just wanted to be able to hold her daughter once more.

The other story involves a grown son who is very much present in life, but absent in the life of his mother. He long ago rejected his mom and dad and their values, and while there is a tentative and email-based relationship with the father, there is none with the mother. Her name is Dee, and she called us to tell her tale. “I know,” she said, “that there are people who have it worse. I know my Marcus is alive and safe. I know there are people who will never see their children again. But I feel like I’m one of them. I feel like I’ve lost my child forever.”

Dee called us because she wanted help reconciling with her son, or at the very least, understanding what went wrong. That lack of understanding is one of the wrenching pains of loss. When a child disappears, we can’t understand how this could have happened. It seems an unnatural up-ending of the order of things, a tear in the fabric of innocence. In the same way, when we lose a family member to drugs or to a terrible spouse or simply to the wounds of time, we can’t always understand why, and it haunts us.

We’re haunted not just by the past, but by a kind of shadow future. We’re haunted by a life that could have been. Mothers who have called us with the pain of loss talk about imagining a different path, one where their child was alongside them, living happily. A life that most mothers dream of when their baby is squalling its first breaths. When life doesn’t turn out that way, many turn to us. Understanding life is a one of the gifts that psychic wisdom and spiritual teachings convey to those who listen. And understanding loss and trauma is the way to help it heal, and possibly to make it better.

Psychics and the Missing

When people think of psychics and the missing, we tend to think of psychics who help police find kidnapped or disappeared children. We have even had advisors here on Keen who have helped with that. If that works, that is great — at the end of the day, the more people searching and raising awareness is always a good thing. But there is a different kind of reunion we have in mind, one that might not have the immediate and joyous catharsis of return, but one that is healing in its own way.

Sandra didn’t call to ask us to find her child. She called because she had heard that talking to a psychic could help her understand the universe more, and why it worked the way it did, and how to walk her way through its often brutal and unforgiving nature. What she wanted more than anything was to feel her daughter again.

We spoke of her daughter, who had disappeared at the age of nine. In doing so, we made a spiritual connection. It was in this speaking, and in the probing of the connection between mother and daughter, that Sandra began to feel the void being filled. We explored what her daughter meant to her and why she missed her so much, and we looked into that shadow future, the mystery of what never was, and envisioned the life they could have had. In doing so, in blending the world, we made it more real. Sandra was allowed to touch it, even briefly, and to live for a minute in that world.

There is, of course, no final peace, but at the end of our session, she felt that the hole she had always felt would, at least, be a little warmer. The loss she knew wouldn’t go away, but she knew that she could always connect to the future she wished she had for herself and her daughter. And she was able to do so by exploring the possibilities inherent in the spiritual world.

For Dee, who had an estranged son who seemed to hate her with an irrational passion, the pain was different. There were so many different ways things could have gone, and the emptiness in her heart was compounded by mistakes — real and imaginary. It was bordered by guilt and recrimination, which kept her from reaching out. She was also blocked by fear: fear that if she did, she’d be rejected again. At this point, her future relationship was a cat in a box: It was neither dead nor alive; it existed as a possibility.

With Dee, we talked about this possibility and about what she really wanted. We looked into the potential futures, which could be marked with growing sadness or could have a heightened collapse of the final rejection. Another future could be one of happiness and peace. It was most likely somewhere in between. Healing relationships takes time and work, especially when there is a gulf of years between happiness and the present.

Dee’s loss was very real, but by exploring these potential futures, and using a Tarot reading to help her examine her thoughts on different possibilities, she began to live less in the world of imagination and more in the real one. Her choices were made clearer. She knew that standing still would be like balancing on quicksand. She just had to move one way or the other.

That’s the power of spiritual wisdom and psychic advice. It lets us see the world the way it must be and the way it can be, not the way we want to imagine it. We see truths that might not otherwise have been revealed. We see lives that may have been and can reconcile them with the life we have now. It allows us, in a way, to find strength and purpose in the loss and to no longer be controlled by it — to move past it.

Loss gives us a tangled maze, a garden of forking paths. We can grow enmeshed with the grappling vines, and shut ourselves out from the light above, or we can work our way through. We can find our version of peace if we have the strength and courage to explore the secrets of the universe, that, like the sense of loss, are as vast as time and small enough to live in our hearts. We can explore these together.

If you’re dealing with a loss of any kind, spiritual guidance can help. Call an advisor on Keen today.

Keen Editorial Staff
Keen's Editorial Staff is made up of world-class writers, astrologers, psychics, and advisors with diverse experience and spiritual sensitivity.
How Psychic Advice Helped World Leaders, and How It Can Help You
Psychic Medium Michelle: Helping People Through Shared Connections