How Psychic Advice Helped World Leaders, and How It Can Help You

Home /Psychic/How Psychic Advice Helped World Leaders, and How It Can Help You
Psychic | 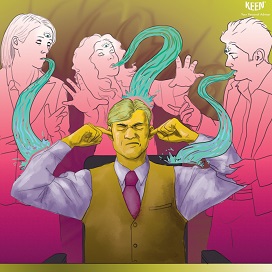 It was late last Wednesday evening when I received a call from a young man, Marcus, who had decided to consult a psychic for the first time in his life for love advice. He had recently gotten out of a relationship he thought was going well — his former girlfriend had blindsided him by breaking up with him but had been vague about the reasons why. He was hesitant to call me, as people often are when first starting down the road of spiritual guidance. He said he’d always prided himself on being a skeptic. So when he called, I asked him what convinced him to do it.

He said he was convinced to give a psychic service a try after seeing firsthand evidence that it could truly affect a person’s life for the better. Several of his friends and family members had consulted with psychics, and they had seen great results. They had discovered more about themselves, and through that process, had bettered their lives. Psychic advice had helped them make smarter decisions, and it paid off for them.

Another factor, Marcus told me, was that he’d done some research and found that a lot of famous people consulted psychics, including global leaders before making major, world-changing decisions. If issues of war and peace could be influenced by spiritual wisdom, he decided, so could his lonely heart. He gave some pretty impressive examples of 20th-century leaders who had consulted psychics to help them lead their countries and the world. After the call, I did some more research to learn more about how and why these world leaders consulted psychics, or how that compares to how advisors here on Keen help people, like Marcus, every day.

The first example of a world leader who used psychic wisdom is Winston Churchill, who led the U.K. through the trials of World War II. Churchill consulted with psychics and astrologers for nearly every decision he made. In fact, he was known to be somewhat clairvoyant himself. During the Boer War, he was separated, and somehow “guided by some form of mental planchette (a spiritualist tool),” he knocked on the only house in 30 miles that was sympathetic to the British, and he was saved. This experience stayed with him his whole life, and he relied on his psychic intuition, and that of others, to help lead the world against the greatest evil ever known. Now, Marcus hadn’t discovered clairvoyant abilities of his own (at least, not yet), but it helps silence skeptics by knowing such a respected figure had used spiritual wisdom as a guide. There are, of course, other leaders whose experiences relate more clearly to Marcus’s.

U.S. President Franklin Roosevelt, Churchill’s main ally in saving the world from Hitler, believed in the power of psychics to help him with international relations and decision-making during World War II. There is a rumor that he was so shaken by the surprise attack on Pearl Harbor that President Roosevelt wanted people who could help him see ahead and guard against threats in the future. This was similar to why Marcus was calling. He wanted a deeper understanding of what had happened in his relationship. Were there things that he just didn’t see? Knowing this could help him ensure his next relationship was more successful by avoiding what went wrong in this one. While you might be reluctant to compare Marcus’s experience with President Roosevelt’s, having a deeper knowledge of what is happening around us is a huge gift of psychic wisdom and one that can be applied to many life situations.

Finally, of all of the U.S. Presidents, Ronald Reagan was the most in tune with psychic wisdom. Indeed, when he was first inaugurated as the Governor of California, he had the ceremony at 12:10 AM, which his astrologer told him was the right time for a successful term. Ronald and his wife, Nancy, consulted with their psychics and astrologers for nearly every major decision, including the right time to bomb Libya in 1986. They realized they had success when working with psychic advisors, so they continued to consult them, taking it very seriously. That’s similar to the reasons that Marcus called. While he hadn’t yet directly experienced the positive effects of working with a psychic advisor, he knew the success that others had and wanted to make a serious attempt of his own.

As a former skeptic, Marcus wasn’t alone in not initially believing in the power of psychic wisdom. Many people don’t understand that it connects people throughout history, from Assyrian kings to Egyptian peasants to Roman emperors to Chinese farmers. It also connects Presidents and regular people like Marcus, and me and you. It’s a way to make sense of the world, no matter what the issue. For Marcus, our session resulted in opening his eyes to aspects of his past relationship that he’d like to change in future ones. We discovered that he wasn’t always the best listener and sometimes had difficulty putting another person’s needs before his own. These things, likely, played a part in why his girlfriend had decided to part ways. Knowing this now, though, Marcus could be more aware of his tendencies in his next relationship.

Of course, people use psychics for different reasons — for spiritual healing, to know when to retire, to find love, or if the invasion of Europe should be in France or through Italy. We all face decisions and obstacles in life. When people like Marcus are trying to understand themselves and an aspect or issue of life that is important to them, they consult with people who have helped guide humans in all walks of life to love and prosperity for thousands of years. They turn toward psychic advice.

No matter what the issue is you’re trying to tackle, advisors on Keen can help.

Keen Editorial Staff
Keen's Editorial Staff is made up of world-class writers, astrologers, psychics, and advisors with diverse experience and spiritual sensitivity.
The Top 3 Mistakes to Avoid When Talking to a Psychic
Psychic Wisdom Helps Mothers Deal With the Pain of a Lost Child