Making Peace with a Guilty Conscience 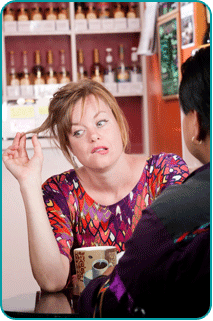 We all regret having done something to hurt someone. Yes, it was a mistake that went against the grain of what it is to be a loving or honest person. Chalk it up to emotional immaturity at the time, being selfish, letting your anger get the best of you or thinking the person deserved it somehow. Now you are burdened with a guilty conscience and feel undeserving, regretful and even punished.

A guilty conscience is definitely punishing, sometimes brutal. The guilt and shame seems to bleed into many areas of your life especially social situations where you ordinarily seek the trust of friends. In addition to not being able to look in the eye the person you hurt, all eyes seem to be on you and you may feel judged, unwelcomed and under suspicion by others. With the person you hurt and betrayed you resort to avoidance, thinking there is nothing you can do to make amends. It sometimes becomes less about how you hurt them and more about how hurt and ashamed you feel inside. Sometimes it makes you all the angrier at them, because now you feel punished. You are suffering from a guilty conscience.

Your conscience serves you. Without a conscience you would be deemed soulless and a sociopath, someone who breaks the rules of society and has little regard for anyone. Your conscience, superego in psychoanalytical terms, can be rational, understanding that you are after all human and as a human being you make mistakes, lose your cool or neglect someone you love from time to time. Or your conscience can be irrational, perfectionistic, ridiculing and punitive. We tend to judge our actions based on how much we love ourselves and by how much we derive our self-worth from the approval of others. When we have a healthy conscience we value good above all, consider the well-being of others as well as our own, can differentiate between good and bad and make choices that are for the greater good of all.

A moral compass is set early in childhood and as you grew up, your moral conscience was there to guide your decisions and interactions with others. As a child, when you did something to hurt someone else you were likely scolded or even punished by your parents whose job it was to instill in you a sense of right and wrong. As an adult, you have an internalized parent that either rewards or punishes you. Sometimes this internalized parental authority judges you too harshly and you find yourself feeling guilty for the most infinitesimal mistakes.

When guilt consumes your thinking and overrides your love for yourself, you may be suffering beyond the scope of what is reasonable. If you have done what you can to make up for your transgression and learned from your mistake, give yourself the credit you deserve. Let go and let live.

How to Deal With the…

How Meditation Can Help With…

How to Cleanse Your Aura

How to Manifest Your Dream…