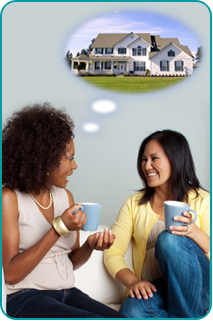 The universe manifests the reality we create with our words. The words we speak and write are pieces of energy that go out into the cosmos and are reflected back, amplified and materialized as reality. Your thoughts, expressed as actions and words serve as the basic building blocks today for the actual experience of tomorrow. So, what reality would you like to create?

As you seek a more spiritual and fulfilling life, you will find that the words you speak can help you control the world around you. Your life can have a greater purpose when your speech is intentional and carefully chosen. Thought becomes deed through language. When we describe something, we seek to confine and possess it with the definition. The words we use reflect a real image in the mind’s eye of the thing we most want. When these words are said on purpose they make an imprint on us and on the people who hear them.

Here are the four patterns of purposeful linguistics to use in your spiritual practice. You can create the reality you want by speaking this way.

The excited phrase “You’re never going to believe this” is not an effective way to create positive spiritual energy. This phrase rejects faith, but you should be inviting faith to the table. No matter what news is being shared, small negative phrases and sentences pepper most peoples’ speech. Speaking in completely positive words is difficult at first. With a little effort you can enjoy the amazing power to control reality by avoiding all negativity at the source of its creation: the spoken word.

When you are asked a question and your usual answer would be “no” or “I don’t think so,” it is just as easy to answer with an explanation of what you want. When asked if you want to go out to eat, you can simply answer,”I want to stay home and cook dinner” if that is what you prefer. The lack of negativity in that phrase creates great energy about what is about to happen and creates the rest of the evening.

Positive Affirmations work best inserted into daily life as conversation starters. A Positive Affirmation such as “Opportunity is everywhere” can be stated as a fact when you are sitting alone in a room or at lunch with friends.”Love is the most important ingredient” can be offered as a gift to those around you. Simply speaking these affirmations creates completely new realities that emphasize the best elements of the known and experienced universe.

Mantras work much like Positive Affirmations but are repeated ceaselessly. The power of the mantra is that the same phrase repeated over and over works on a cellular level to construct the universe you want. If your mantra is in a foreign language, you may empower the universe to create a world beyond your verbal imagination.

A great mantra has a rhythm to the way it is pronounced. One example of this is “Om Mani Padme Hum,” a Tibetan mantra that is roughly translated as celebrating compassion. This is a mantra that is chanted thousands of times daily in meditation sessions around the world, in tense times and in pleasant times. It rolls off the tongue almost effortlessly as it sends energy into the universe to be amplified in the creation of a new, compassionate existence.

Everyone exists in the present but we spend most of our time discussing the past or the future. Keeping your linguistic choices confined to the present is a powerful way to immediately create the reality you desire. Instead of saying “I wish I were born rich” or “I want to be rich one day,” say instead “I’m rich.” You may not be able to go on a five-day shopping spree but you immeditely tell the universe that you expect a multitude of material blessings because this is the ordinary routine for you.