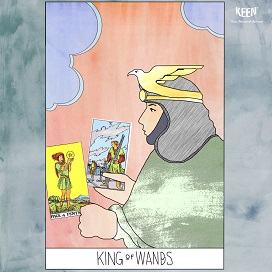 Every family is different. It can be fascinating to flesh out the family tree, as well as determine how your ancestors fit into the larger timeline of history. Tracing family roots, once a painstaking project of research, has now been made much easier by the availability of a myriad of online information and resources. In fact, these days, you can actually determine your unique ethnic heritage all the way back to your family’s earliest origins, via the process of ancestral (or autosomal) DNA testing.

It may be fascinating to find out that you’re one-sixteenth Native American, or that there’s a good chance you’re a descendant of the Hapsburgs. But while such information can be useful in determining inheritance and genetic health concerns, such data isn’t usually something that has a direct impact on your day-to-day interactions with parents, siblings, and other relatives with whom you must deal.

The psychological temperament of a family profile not only holds the most sway over the choices we make in every sphere of our lives, from love to career to travel, but our family makeup also colors our judgment with regard to how we value our self-worth and the worth of others. To truly get a clear picture of the part we play in our family dynamics, and how each of our actions ultimately affect the family as a whole, the family portrait must be looked at as the sum of both genetic legacy and learned behavior. Only by examining “nature” (what we inherit) and “nurture” (what we learn along the way) are we able to grasp the big picture.

Getting to the Real Root of the Family Tree

John, who could proudly trace the roots of his Massachusetts family back to the American Revolutionary War, to a distant relation who fought as a Minuteman at the Battle of Bunker Hill, had more pressing family battles on his mind when he came in for a consultation.

The eldest of three now adult sons ranging in ages from 23 to 31, John recalled his as a fairly idyllic childhood. His dad owned a construction company and his mom stayed at home raising him and his brothers. “I guess that doesn’t happen much anymore,” he sighed, “but we were very happy.” So, when I asked him to pull a card from the deck to represent his childhood, it was not surprising he selected the Ten of Cups.

Unfortunately, since his dad had retired and passed the business down to the boys, the picture had been a lot less pretty. Squabbling and bickering over the best way to run things had escalated into major fighting and drama. No one could agree on anything, and as a result, the business had suffered. “Things are so bad,” said John, “we’re talking about selling up, taking a cut, and walking away, but it would break Dad’s heart.”

“All right,” I said, “let’s see if the cards can shed some light on where you’re going wrong and how you might fix things.” I asked him to think about his two brothers and what their roles were in the current situation, then to randomly pull two cards from the deck.

The first card he handed me was the Five of Swords. “It appears that one of your brothers cares more about winning and being right than he does about the implications of his actions,” I said. “He’s so busy trying to prove a point or come up with the next big thing that just runs over everyone in his way.”

John confirmed that his middle brother, Jason, did indeed seem to have a chip on his shoulder and was constantly trying to outdo his brothers.  Much of the current tension was due to dealing with the consequences of Jason’s rash decisions. “He’s always running off half-cocked, spending money we don’t have, or promising things we can’t deliver,” John noted sadly. “We’d talked about buying out his share of the business, but Dad wouldn’t hear of it.”

The next card John handed me was the Page of Pentacles. “This one is more of a dreamer. He enjoys the end result, but doesn’t necessarily understand the work he—and everyone else—must put into the business in order for it to succeed. But, he’s more someone who doesn’t know better, than someone who is intentionally making things more difficult.”

It was true: John’s youngest brother, Anthony, was more interested in being the drummer in his rock band than showing up on time for work. He liked being able to spend his share of the profits, but didn’t really want to share in the responsibility for bringing those profits in.

“It looks pretty hopeless,” John admitted. “Maybe we should just close it down and walk away while we’re still speaking to each other.”

“Well, before you do that,” I said, “I want you to concentrate on one more thing. Think about your dad, and what he brought to the table. What did he provide that’s missing now?” After a moment’s thought, John picked a card at random: the King of Wands. “This is someone who did not take ‘no’ for an answer,” I said, feeling the emanations from the card. “He was a decisive leader, and yet, very creative, and also very inclusive. He had a way of making people invested in his vision by making them feel that their contributions were truly appreciated.”

I suggested that for the company to have any chance, John would have to take over his father’s guiding role, but he would have to do it in such a way that his brothers wouldn’t resent him. “Each of us has a role to play in our family,” I said. “If you can be the leader without being the boss, you still have a chance of making things right.”

“So, it’s like I’m the captain of the ship, but unless the crew is motivated, we’re not going to get anywhere?” he asked. I told him that was pretty much it, in a nutshell. “Okay,” he said. “Let’s see if we can get this family boat of ours  back on course.”

The next time I spoke with John, he told me things were much improved. “The first thing I did was sit down with my brothers to air our grievances. Jason told me he felt like I never took him seriously, and Anthony said he didn’t realize how much we actually depend on him. Things are a lot better. It’s still a work in progress, but at least we’re headed in the right direction.”

If you have a family issue that you just can’t seem to resolve, why not let a trusted KEEN advisor show you how to get you and your kin back on the same page?

Keen Editorial Staff
Keen's Editorial Staff is made up of world-class writers, astrologers, psychics, and advisors with diverse experience and spiritual sensitivity.
Getting the Most From a Reading by Tuning Into a Simpatico Tarot Card Reader
How Michael from San Diego Used the Tarot to Reconnect with His Inner Child