Should I Move? The Tarot Helps With the Decision to Change Cities

Home /Tarot/Should I Move? The Tarot Helps With the Decision to Change Cities
Tarot | 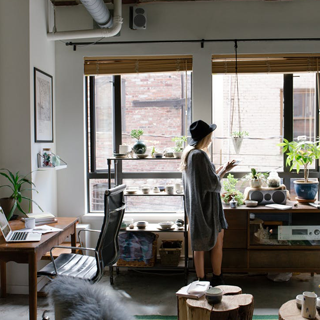 When people think about changing cities, they do so for one of two reasons: to leave where they are, or to start somewhere new. Those seem like the same thing, but they aren’t: We usually only imagine one or the other, initially. The problem comes when we start thinking about the other side. You may want to leave your hometown, but starting over is scary. Conversely, you may want to try a new part of the country but hate the thought of leaving behind family, friends, and that brunch place you love so much. Moving is one of the biggest decisions we can make, tying together memory and desire, swirling together our past and future. It’s why so many people turn to Tarot cards for advice on making one of life’s most important decisions.

Recently, I received a call from Jason. Jason was in a city he liked, one where he had a lot of friends and was sinking in roots. It wasn’t his hometown—but he never liked his hometown anyway. He now lived in St. Louis, a city he grew to admire and one where his career began to bloom. The food was excellent—Jason was a big BBQ guy—and the people were friendly. He even began to like the Arch, though he wasn’t sure why it symbolized Westward expansion.

Then, Jason’s company offered him an opportunity to move to Chicago. The company was expanding there and wanted him to be part of the new office. It wasn’t exactly a huge forward move—there was a salary increase, but that was mostly due to the cost of living changes. His career would, in theory, be roughly the same whether he stayed or left.

Of course, we know that is never actually the case. Being in a new place means new opportunities and challenges, which could move you up or down. Staying in a place means the same thing. Maybe you stay, but in a month, a new boss comes in who you hate. Maybe your colleague in the new office quits and so you get promoted, something that wouldn’t have happened if you stayed. Every choice we make has a huge impact down the line, rippling through infinite possibilities.

Moving highlights the impact of our choices by opening up a vast new world of possibilities. It’s why it is one of the hardest decisions we can make. It isn’t just about careers. You could be walking down the street in your new city and bump into someone, and then a year later you’re married. Or the same thing could happen in the town you’re at now, but wouldn’t, if you leave. You can meet new friends, or your children could be miserable. We don’t know. This kind of confusion can easily lead to paralysis.

There are many ways the Tarot can help you make a decision. One that I have always liked is the Knighthawk five-card spread, which helps with binary choices. In this, there are five cards—two representing the positive and negative outcome of one choice, two for the other, and one deciding, independent factor.

But for Jason, I decided to do a two-path spread. This involved laying out six cards, three in each row, with each row representing one of the choices. The top was St. Louis and the bottom was Chicago.

The first card drawn on this path was the Five of Pentacles. This wasn’t a good sign—it is often associated with poverty and financial insecurity. This could mean that things might not go right at work, or it could mean other things—a car accident that costs a lot of money or health issues. There are some interpretations that read as if this negativity can be a way to open up opportunities, but it is still a troubling sign.

The second card was the Five of Swords. This often means defeat, dishonor, and shame. This seemed directly in line with the first card.

The third card drawn was, interestingly, the Ace of Wands. The Ace of Wands is associated with creativity, new projects, and careers. It means breaking away from something that you have been doing and forging a new destiny. Brought together, this path could be read as trying something new, and failing, or having problems but using those to build a new and exciting life.

The first card drawn in Chicago was The Empress. The Empress is, not surprisingly, a signifier of security and well-being, particularly financially. It is also associated with a stable marriage and relationship, and possibly pregnancy. Jason, who was single at the time of our reading, was attracted to both of these interpretations.

The second card was even more promising. The Seven of Wands signifies career advancement, success, and the courage needed to achieve those things.

The third card, the Six of Cups, had an interesting divinatory meaning. It highlights how the future is determined by the past. Decisions that you have made, people you have known, relationships that have come before, these will all come into play. It could mean something as common as, “I trained in sales, and now sales is an important part of my job” to, “Meeting someone you knew from way back when who also moved to Chicago.”

On the surface, it seemed like an easy decision. Chicago seemed better. But Jason had some decisions to make: Chicago seemed like the smart choice, but it also was maybe too safe. St. Louis seemed to have more of a chance of going sideways, but maybe the unbeaten path was a road to more happiness.

That’s the heart of Tarot. It won’t tell you exactly what is going to happen. It won’t tell you “Chicago means a promotion, a happy marriage, and better pizza” (although you don’t need spiritual guidance for the last one). It shows you the paths and possibilities, and lets you choose what you value most.

Need guidance in making a big life decision? Advisors at KEEN.com can help.

Keen Editorial Staff
Keen's Editorial Staff is made up of world-class writers, astrologers, psychics, and advisors with diverse experience and spiritual sensitivity.
New Beginnings: Online Dating Tips For Women Starting Over in Love
Tarot: Finding Happiness as an Introvert