The Mars Manhunt: Mars in Virgo 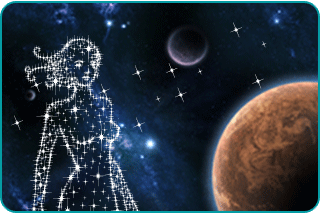 Mars is the zodiac’s ruler of all things masculine. In ancient times, the Romans named the planet after their god of war. In the contemporary era it rules the times we need to take action in our personal lives and act with aggression or confrontation to get what we want. But most of all, it rules men. All men. And the location of Mars in the zodiac at any given time can have unique influences on men born under different signs. One can be taking charge of problems while the other is needlessly fighting a battle long passed.

Where do you fit into all of this Mars mania? If you are on a manhunt, understanding how Mars will be affecting a specific guy in your life will make it easier to plan a seduction or will signal you to take a few weeks off until Mars moves on to a zodiac sign that aligns better with him.

Mars has been in Leo for quite a long time. It will make a move into the zodiac sign of Virgo on the morning of June 7. All of the leonine intensity, self-centeredness and fear of criticism disappears in favor of the Virgo love of preparedness, team player approach and willingness to give and receive constructive criticism. Look for these issues to appear everywhere action-oriented situations and proactive responses happen to be. People of certain zodiac signs will not respond well to this shift in cosmic energy, while others will finally find a motivating force to their liking. Is the zodiac sign of the harvest sacrifice one that welcomes Mars and motivates your man? Or will it be a cruel summer of aggravation until Mars moves on to Libra on July 29? Will the action push him away from you every time you try to get close? Find out the zodiac sign of the man you like and read how his forecast could affect the two of you.

The red planet rules the sign of the Ram and when it makes a move, the early effects are always apparent in an Aries man. Look for playtime to be over with your guy, as he gets quite serious about a work-related matter. This focus will at least assure you he is not looking around at other girls.

Look for your Bull to be in a playful, loving mood, with romance on his mind and poetry on his lips. If your man has children, they will dominate the time period of this Mars visit. If you have a role in his children’s life, things will go well as long as you give them respect and are playful instead of domineering.

The tension overtaking a man born under the sign of the Twins will involve his residence. Think twice before letting a cute guy crash on your couch while he “gets back on his feet.” Gemini is tense and his physical location is being challenged by forces over which he has little control.

Your crush on a Crab will be matched by some publishing or media interest in him and his story. Will it all go to his head, or will it just take up the time you had intended to be spending making him yours? Follow him over the Internet to find out when that window of free time will appear.

Mars leaving Leo may bring about a comedown in the Leo man’s energy. This could manifest as the blues, the blahs or classic couch potato blandness. Your Lion will be easy to seduce if you want to take on a subservient role. Expect an obsession with finances to make him less than generous through June and July.

Mars in his sign will make him appear manly and attractive. You won’t, however, be the only girl to notice this. That is the problem with Mars being in the sign of the man you most want – any girl who likes all things masculine will suddenly like him. Work quickly to make him see the big picture.

Is there a way to get him excited about the two of you? He may be dealing with some details and wrapped up in a favorite hobby or obsession. Joining him on his quest for satisfaction, be it through stamp collecting or mountain bike riding, will be the way to his heart.

Mars is the ancient ruler of the Scorpion and when it makes a move, this rigid zodiac sign responds as if in a crisis. Scorpios are best avoided June 7 through 10, but move in quick once the dust settles. Scorpio men will be attracted to group activities, so take him out to the crowd.

Pinning down a Sagittarius man is something with which you may have a difficult time at any point in the year. If you have not made inroads in dating him by now, Mars visiting the Archer is a point of no return in his ongoing life transformation. He is moving down a different path.

If you can get close to a Capricorn man before he leaves on a summer vacation, you will be the one for whom he pines … unless of course he chooses to bring you along for the ride. Establish firm boundaries for the relationship. The Goat will respect that, but he might be so hot that you will ignore your own rules.

Find yourself an Aquarian man while Mars visits Virgo, as his cold nature will be at its hottest and most passionate. There may be no long-term guarantee with the Water-bearer, and his need for adulation could be exacerbated by Virgo’s picky nature, but the passion will be off the charts.

Partnership desire is boiling over inside the Pisces man. Look for the Fish to be possessed with a one-track desire to hook up and stay hooked up. Move as quickly as possible; if he is stable and employed, you might be pulled in the direction of moving in. If you two are a match, why wait?

Keen Editorial Staff
Keen's Editorial Staff is made up of world-class writers, astrologers, psychics, and advisors with diverse experience and spiritual sensitivity.
The Mars Manhunt: Mars in Retrograde
Turn-ons by Zodiac Sign