9 Rules for Dating a Dad 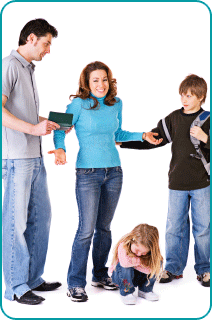 Many great, available men are seen as less than desirable partners because they have children from a previous relationship. While there are hassles and roadblocks, to categorically dismiss a good man with whom you have great chemistry because he has kids may be doing yourself a great disservice. When women complain that, “all the good ones are taken,” you can bet that they have eliminated men with children as qualifying for their definition of “good.” And that is bad.

Here are nine tips for dating a man with children from a previous relationship.

Keen Editorial Staff
Keen's Editorial Staff is made up of world-class writers, astrologers, psychics, and advisors with diverse experience and spiritual sensitivity.
The 8 Most Romantic Things You Can Do for Him
Appreciating the Love you Have