Psychic Help in the Journey to Parenthood

Home /Psychic/Psychic Help in the Journey to Parenthood
Psychic | 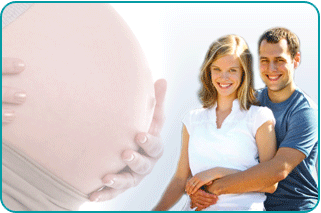 You have spent a considerable amount of time attempting to become pregnant and have had your heart broken over and over again when these attempts have failed. Finally you decide that it is time to see a physician. With the advances of medical science there are numerous procedures for assistance in fertility. However, there are situations when the physician just cannot discover the whys of your inability to conceive. He may only be able to give you advice on circumstances that may be more conducive to successful attempts. Don’t give up hope as a psychic will be able to leverage metaphysical tools to help in your journey towards parenthood.

Our physical existence is guided by the manifestation of metaphysical balance in the universe. The order of the universe never deviates from its intended path. The natural progress through the seasons follows an age-old formula governing the movement of celestial bodies throughout the universe. These movements of progress are influential on the events on earth and the progression of our lives. The decisions that we make – careers we choose, mates we fall in love with, timing of children and aging – all of these happen in the time proscribed by the metaphysical universe.

From the beginning of time on earth, man has looked to the heavens for guidance in planning for the future, taking action in the present and explaining the events of the past. One of the oldest rites to be celebrated was that of fertility. Anthropologists have discovered throughout the entirety of the world, from the largest landmasses to the smallest of islands, evidence that all people have been concerned with the prospect of fertility. In the earliest of times, the fertility rites were primarily for the continuance and success of agricultural endeavors. In Middle Eastern religion the primary thrust for the fertility rites were agriculture plenitude, animal proliferation and the increase of human population. Astral religion is an all-encompassing term given to any of the ancient religions that believed in the personification of sky and celestial bodies. These religions believed that the planetary deities directly interacted and influenced any activities occurring on earth.

In early astrology, it was believed that the gods of the planets, through planet positioning in the sky, directly influenced the events on earth. Later beliefs included along with event influences, the idea that personality traits were also shaped by the position of the heavenly bodies at the time of birth. The positions of these deities were studied and celebrated for the success of the following seasons. Beltane, the festival that takes place the first of May in anticipation of the fruitful summer ahead, was celebrated by the early Celts in Ireland, Scotland and the Isle of Man. Beltane soon spread to Wales, Brittany and Cornwall. Maypoles, bonfires, dancing and the banging of wooden staves on the ground were to awaken the Earth from its winter slumber and summon the return of bountiful crops. People danced around maypoles in a symbolic representation of the union between the Goddess (earth) and the God (sun) creating a sacred circle of abundance. Couples jumped over the flames from the fires to bless their union, ensure fertility and good fortune. Ancient Babylonia developed and used the lunar fertility method, according to manuscripts found in the area. The premise is that conception is most likely to occur when the moon is in the same position as it was at the moment of the birth of the hopeful woman. This concept has proven reliable as a woman ovulates each month in the same moon phase as when she was born.

The question of fertility has been a part of astrological belief through the centuries and has been shown to be successful in agriculture, animal and human propagation. Today, there is reliable data that the use of a trained psychic can aid in the success of a viable pregnancy. There may be no better guide for the search into problems conceiving than a skilled psychic. An experienced psychic has the knowledge, education and most importantly, the finely honed intuition for reading celestial movements. By reading the movements of the planets and how they coincide with the prospective mother’s and father’s birth charts (also known as natal charts), a psychic may guide them toward the optimal time for pregnancy to become a certainty. A natal chart is one of the many tools a psychic may use to discover the unique arrangement of planetary alignment at the time of birth for each individual and the spheres of influence that will guide their lives.

In preparing and reading a natal chart, the psychic will request the involvement of both partners in search of compatibility and to resolve possible conflicts that may occur due to differences in planetary alignment of the different birth times. At the time of every individual’s birth, the planets, sun and moon are in unique positions. According to each positioning, the event occurring (conception, birth, marriage, etc.) will be shaped by the position of each other planetary body. Because of this, two individual spheres of influence need to be charted and studied in the search for confluence of these spheres to provide the optimal joining which can result in a successful pregnancy. The psychic will also study the positioning of the planets, sun and moon as they move into the realm of convergence and offer guidance in how the influence of other planets can alter success positively or discover mediating factors for any possible difficulties. A detailed natal chart will encompass the exact time of birth, including the minutes, the date and the exact location. From this information, the exact positioning of celestial bodies and the zodiac signs of significance along with the twelve quadrants or houses, the psychic will begin the research. Through the study of this total astrological natal picture, the psychic, using their experience and ability to intuitively discern the slightest fluctuations, will be able to direct any couple into the areas of greatest probabilities.

A gifted psychic will also be able to use Tarot readings to advance the probability of success in becoming pregnant. Through readings of the cards the psychic will be able to discover the situations that may have caused problems conceiving in the past. They will also be able to explore the ideal circumstances for conceiving in the future. In Tarot readings, the psychic energies of the client can directly effect the layout of the cards to be read. The querants (couple seeking guidance) are active participants in Tarot readings and with the guidance of the psychic will be able to interpret the meanings of the readings and how they relate to problems with infertility. Tarot readings look at not only future events but also cause and effect for past situations and offer ways to correct happenstance to favorably shape present and future outcomes. There are specific cards, The Empress for one, that are representative of fertility. These cards facilitate the reading, but their absence allows the psychic to use interpretations of extraneous factors. Again, the psychic will want to work with both partners for a better understanding of how the fertility issues are affected by each individual.

When confronted with the possibility of infertility and after unsuccessfully consulting a physician, a wonderful alternative to begin the journey towards a successful and fruitful pregnancy is to start with a psychic. Their experience and natural intuitiveness make for a relaxed and caring personal involvement. Their abilities to research and understand the situations revolving around the inability to become pregnant will aid in finding the necessary attributes, whether they be the alignment of the sun, moon and planets or behavioral modifications, that will enhance the state of becoming happily with child.