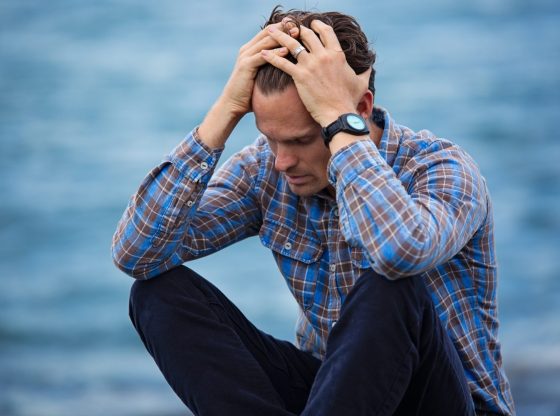 Love and fear are opposites. Not love and hate – hate comes from fear. So, why do men fear love?

In a lot of ancient cultures, love is characterized as a God, or a Goddess. Why? Because nobody can control it. When you’ve got it, you’re stuck with it. Like the flu. But the answer is right here – control. Now, nobody sits a young boy down and gives him a speech about how he’s supposed to be in control because he’s a man. But that’s the message men get. Emotion is for women. Maintain control at all costs. Well, love makes you feel out of control. So it conflicts with the programming. That’s the primary reason men are afraid of love.

A second reason that men fear love is that it plays havoc with one’s emotions. Men aren’t raised with emotion or given the knowledge, insight and benefit of the experience of older and wiser men. Women on the other hand, generally are provided with all of these things – women have no problem discussing their feelings with each other, and are given the benefit of the experience of those who are older and wiser than themselves. This seems to be a cross-cultural phenomenon; so one particular race, religion or philosophy can’t be blamed.

Popular wisdom has it that, “men are mental, women are emotional”, which is really an oversimplification. Men do have emotions, but are discouraged from showing them and letting them control their actions. Love is one of the strongest emotions – so of course it’s going to conflict with the male imperative to “stay in control.” There are many men who are comfortable splashing around in the shallow waters of meaningless relationships because they don’t conflict with the programming. A relationship that actually engages a man’s emotions … well, that’s a challenge, and a scary one at that. In fact, it’s so scary that a man may actually be in love for quite some time before the realization hits him – usually like a ton of bricks. So suddenly there’s this huge, formless force bearing down on him, and this initiates the fight-or-flight response. There’s a lot of individual variation as to how strongly this reaction sets in, but set in it does.

Fear is something that’s managed, not overcome. The fight-or-flight response is sometimes called the fight-or-flight-or-freeze response. Think “deer in the headlights.” That’s the “freeze” option. Moving in spite of the fear is managing the fear. For instance, if a man is fearful of love, he tells himself to move forward with the relationship in spite of the fact that it scares him. The love outweighs the fear. Eventually, when the sky fails to fall, the fear gradually disappears. You can’t hang around waiting for the fear to magically go away; it has to be challenged. The flight or freeze options are dropped in favor of the “fight” option – and what he’s fighting is the fear.

When a man is overwhelmed by emotion, he will quite often disappear from the radar and retreat to his cave. That’s because he’s instinctively feeling the need to withdraw from the fray in order to elicit a calming antidote to the stress of the relationship. He may go fishing, he may go out to a bar with his buddies to blow off steam, and he may just sit in front of the TV and watch some mindless sitcom. These actions take the pressure off and renew his ability to cope. If we use an analogy here, you might say that when it comes to dealing with emotion, men have a coffee cup to fill, while women have an Olympic-size swimming pool. Once the coffee cup is full, it’s full, and has to be absorbed into a man’s life experience before he can go back for more. Women often say to me, “Everything was great – we were communicating regularly, spending time together, nothing bad happened – so why did he drop off the planet?” The answer is, “So he can process.”

The length of time a man spends in his cave varies considerably. Some guys have it down to hours, some need days, and some need more. This tends to put a woman in a place where she’s left thinking that the guy doesn’t care, he’s lost interest, there’s another woman, etc. The more time that goes by, the more likely she is to become convinced that the guy’s just gone … until he suddenly emerges from the underbrush acting like everything’s just fine.

So he’s processing – why does that mean that he can’t just pick up the phone and say, “Hey, everything’s fine, I’m still alive?” Because it interrupts the process. And also because there’s probably not a man on the planet who believes there’s such a thing as a short call with a woman. There’s a conviction that, “Hey, I’m ok, we’re ok” will be answered with, “Then how come I’m not hearing from you?” and that a heavy talk will ensue. When a man’s processing, that’s the last thing he wants.

Processing information about relationships for a man is largely subconscious. Keep the conscious mind otherwise occupied, and the subconscious takes care of the rest. Women on the other hand tend to process life and live it at the same time – in a sense, multitasking. That just makes it more difficult for a woman to understand why something that comes so naturally to them seems to be impossible, or at least very difficult, for a man. If there’s an answer here for a woman, it’s simply this: patience.

Other Articles by “Steven Craig”