Past-Life Regression Removes Relationship Blocks to Move On in Love 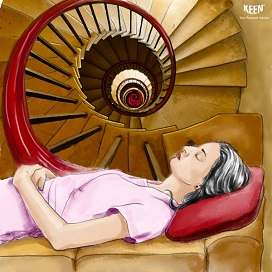 We often have patterns in our lives that don’t make sense. Despite therapy or other forms of healing we do, our problems persist. This is often because the answer to why is buried deep in our past-life karma.

Leah came to me for a reading because she was feeling depressed about her romantic situation. We had worked together a few times before, so I knew that she had been dealing with a difficult breakup. When she updated me on her current problems, she revealed that since we’d last spoken a few months ago, she had since been through two frustrating dating scenarios.

“Let’s settle in for our reading and see what guidance comes,” I suggested.

“Okay,” Leah replied. I could tell she was fighting back tears. “I am just starting to feel like I have to be alone. Like maybe I just have bad karma!”

We took some deep breaths, and then I began the reading, asking what was in Leah’s highest good for our session. The answer was clear: She needed to remove a connection from a past life that was causing a relationship block, which was preventing her from moving forward in love. Though we had never done a regression before, and Leah wasn’t even sure she believed in past lives, she was willing to give it a try.

What Happens in a Past-Life Regression?

Regression to a past life takes different forms depending on the technique used. In the context of a psychic reading, I have the client step into an elevator after we’ve clarified the issue we want to resolve. I count down the floors 10 to one, giving gentle instructions for relaxation as I count. As we arrive at level one, I instruct the client to prepare to “see” the “destination” where we need to go. The doors open, and I start asking questions. For example, I might start with simple queries like, “What are you wearing? Where are you? Are you a man or a woman?” From the general we’d move to the specific: “What’s happening? Who is with you?” The story unfolds from the perspective and memory of the client; I’m just the guide. Often, the client will have a profound emotional release, which helps to clear the block.

Alternatively, I can see the past life myself. I use this technique for clients who have trouble letting themselves go into a deep trance or are a bit hesitant. As I receive information, which comes for me in the form of seeing in my mind’s eye, like watching a movie or sometimes hearing the details, I ask questions of the client. In Leah’s case, because she was unsure about the process, this is what we did. This type of regression is usually less emotionally cathartic for the client but is perfectly useful all the same.

My journey with Leah brought me to a village that I felt to be somewhere in Russia. Surprised, Leah confirmed that she had Russian heritage. She loved her Russian grandparents but wasn’t drawn to the country or culture. I saw that she was fairly young, dressed in black, and with a group of other women. It was after a funeral. Leah’s husband had died. The women were a powerful, protective group of widows — all ages — in the village. Leah had no other family; to be protected and let into the circle of these women, she had to vow that she would not marry again, despite her young age. Leah said “yes” to this vow. I traveled to the end of this lifetime, where she died peacefully but with some regrets. The group of widows supported and cared for her at her deathbed, as she had done for others before her.

As I related the story of Leah’s past life to her, she started sobbing quietly.

“I don’t know why I’m feeling so sad. But it was the right choice for me then, I feel it!”

“Are you willing to release this vow, now that you are in a new lifetime, with different resources and needs?”

“I think so,” Leah replied. “Yes, though it feels sad to leave this group of women, I’m ready. I want to marry and have children.”

I then guided her through a ritual to thank and release the widows and her vow. As we came out of the reading, Leah’s face was peaceful and relaxed. She felt a weight had been lifted from her. I explained that she might feel some emotion later and to let it flow. As all the energy of that past life was releasing from her field, she was bound to, at least, need more rest, if not a good cry. We agreed to touch base in a few days.

Leah’s release of this karmic contract that no longer served her needs allowed her to radically shift her energy from, “I have to be alone,” to, “I’m ready to be in lasting partnership.” Three months later, she became romantically involved with an old friend from college who she met again “by chance” at a conference. While they are taking it slow, it is the healthiest, most promising relationship she has ever had.

Leah still isn’t sure she believes in past lives (though she has had a shift in her interest in Russian culture!). In the end, whether you believe that Leah’s subconscious was working metaphorically or with an actual remembered lifetime, the results were still beneficial.

Although it’s possible to do regression work on your own, and even through dreams, the best way is to work with a professional who can safely and compassionately guide you. Because of the potential for deep emotional release, having an experienced companion is ultimately the most helpful. A psychic advisor can focus the experience and help you integrate the impressions and feelings. And, as in Leah’s case, the psychic can do the “seeing” for you.

For help with moving forward through past-life regression, call an advisor on Keen today.

Keen Editorial Staff
Keen's Editorial Staff is made up of world-class writers, astrologers, psychics, and advisors with diverse experience and spiritual sensitivity.
Tarot With Jane: Tarot Readings to Help Others Navigate Their Life
Juno: The Key to Finding Lasting Love From Your Astrology Chart