Everyone has a field of energy that surrounds them at all times. This layered combination of physical and spiritual bodies, called your aura, looks like an oval-shaped field of colorful light to those who can pick up its frequencies. But what does your aura say about you? Well, that depends upon what color it is. There are ten different hues, and each one reveals something different about your energy field. Let’s take a closer look at the magenta aura, a color that stands out among the crowd.

What Is An Aura?

Your aura is a field of energy that surrounds your body. It works a lot like a magnet does, drawing in the emotions and other vibrational energies from the world around you. When it draws in negative energies, your aura can suffer a loss of luminosity. The color of your aura is always significant because it tells you which chakra is the most dominant, which personality traits are most likely, and where you tend to focus your time and energy. Different emotions and actions create different shades of physical and mental energy.

The magenta meaning is a bit complex, as the color is a combination of red and blue frequencies — it’s smack dab in the middle of the two on the color spectrum. Those with magenta emissions in their aura have a keen understanding of the physical world (red) and an innate talent for intuitive thinking (blue.) This super combo means those with a magenta aura about them would excel in some form of creative work.

The magenta aura stands out amongst the crowd, claiming the best qualities of reds and blues with a flair for originality and independence. A magenta is not your average person, and they tend to refuse to allow themselves to slip into the routine and predictable patterns that other aura colors seem to follow.

Individuals who are blessed with this aura color take their creative drive and utilize it in every aspect of their lives. To some, they may come off as rebellious and even combative, but their main goal is always to be unique and unafraid to do so.

When looking at the magenta aura meaning, these individuals represent a pleasant contrast to those who journey through life in expected and socially acceptable ways. Of course, their moments of stand-out behavior are not always beloved by everyone they meet. However, this is a distinctly positive aura color that generally harbors no ill will towards others and simply wishes to march to the beat of its own drummer.

How people with a magenta aura are accepted within society largely depends on whether or not their environment fosters the spirit of unrestrained creativity and is tolerant of those who differ from the norm. Thus magentas may find themselves more at home in large, urban environments as opposed to smaller, more tight-knit communities where cohesion is king. A magenta can be described as original, creative, and independent, yet without an ounce of egotism.

Stubbornness is very common in those with a magenta aura, as is the need to shock and surprise the people they interact with constantly. The combination of those two traits can leave magentas with smaller social circles composed of more tolerant individuals.

Another common trait is an innate fearlessness about taking risks and going beyond boundaries. People with a magenta aura tend to care little for approval and acceptance, often causing them to lack natural restraint.

The magenta aura is an energetic force, which can drive those blessed with it into a feeling of  restlessness. For them, there is always something to do, to create, or to challenge. Magentas possess a raw optimism that any force cannot dampen outside of their own. Life is about new experiences discovered and created in an endless cycle that brings on low moods when these goals can not be achieved. Magentas are eccentric, and they love it, funneling their high energy into creative pursuits and warding off any hint of repetitive or boring activities.

Magentas are generally viewed as fun and highly entertaining people. Individuals with this aura color are very outgoing and full of vibrancy that lights up the spirit of everyone around them. Their upbeat nature is a magnet for interest, friendships, and an adoring crowd. For those with a calmer personality, a magenta may be a little too high strung and rough around the edges to be enjoyable.

Long-term intimate relationships with a magenta can be a very satisfying experience on both ends when personalities complement each other. Those with a love for humor and a consistently optimistic personality are often the best option in this pairing. People who need to have a sense of control over their partner or who prefer predictable conformity should steer clear.

Stubbornness within the relationship is a source of many problems as Magentas often aren’t willing to compromise regardless of the importance of the matter at hand. Don’t expect to ever have a dull day with a magenta as your partner, even if it means causing a little mischief or outrage.

How you feel about a magenta as a co-worker or employee will largely depend on the job in question. Magentas are adored for any career where innovation, high energy, and creativity are not only accepted but rewarded. Repetitive office tasks and manual labor can swiftly become a nuisance due to their needs for intellectual stimulation not being sated. They will generally excel in individual tasks but struggle when forced into team or group work due to very independent personalities and a drive to do things with their unique flair.

Interested In Seeing If You Have A Magenta Aura?

The magenta aura is full of surprises, and the large majority of them are welcome ones. They thrill those around them with fun-loving and brave personalities and will never let a frown go unfixed. The endless craving for independence Magentas have is both a blessing and a curse, when paired with traits that can make them unbearable to some less tolerant individuals. Still, their uniqueness by far makes up for any negative traits they possess.

Does this sound like you or are you still wondering if you have more of a blue or red aura versus the dynamic in-between hue? Take the guesswork out of wondering colorful hue surrounds you by getting a professional aura reading with one of our professional Keen psychic advisors. Remember, your aura is constantly changing, so you never know what other colors and deeper truths can be revealed.

How to Cleanse Your Aura
What is a Mutable Sign? 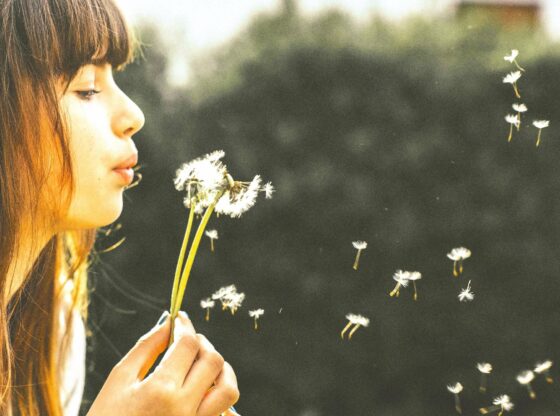 How To Deal With Factors…

How to Cleanse Your Aura 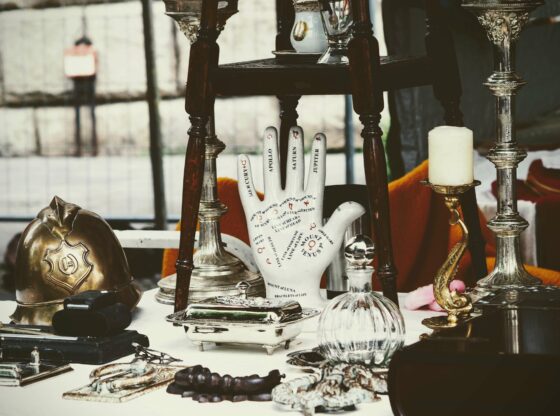 What Were the Salem Witch…

How to Make Peace with…