When Carla from Kissimmee Wonders, “Will My Daughter Ever Marry?” the Tarot Reveals a Surprising Secret

Home /Tarot/When Carla from Kissimmee Wonders, “Will My Daughter Ever Marry?” the Tarot Reveals a Surprising Secret
Tarot | 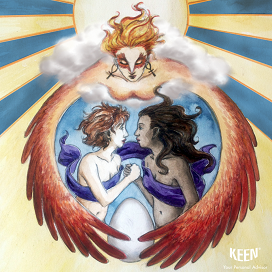 When questions of love arise, the tarot is often consulted to shed insight on the romantic conundrums we face, to offer potential solutions, or conversely, to reveal that romance may not be in the cards after all. There are so many variable and mutable factors that impact our destinies, yet a tarot reading can still provide guidance.

I first spoke with Carla from Kissimmee about a year ago. Her own life was not at issue. A long-time divorcee, Carla had recently gotten reacquainted with her high school beau, who also happened to be free, and they planned to be married the following summer. But as happy as she was for herself, Carla couldn’t help but worry about her daughter, Krista.

After a string of failed romances, Krista seemed to have decided that she was better off without a husband. At 35, she was dedicated to her career, her volunteer work at the local animal shelter, and a small circle of friends. The idea of Krista spending her life alone and unfulfilled weighed heavily on Carla, especially since her daughter had always been so adamant about wanting to have children.

“The odd thing,” Carla confided, “is that she doesn’t seem overly concerned. I don’t want to be a nagging mother, but I have reminded Krista on several occasions that if she’s planning to have a baby, she should probably do it soon.”

“Has she considered adopting?” I asked.

“We talked about it, but I don’t think that’s what she wants,” Carla explained. Carla raised Krista in a single-parent home, and it was really tough for both of them. “Sometimes, we didn’t know where our next meal was coming from. I think she’s too pragmatic to want to bring up a child of her own without being in a solid relationship first.”

“All right,” I told Carla, “let’s see what the cards can tell us. You concentrate on your daughter. I want you to picture the journey she’s taken to bring her to where she is now.”

The card I pulled to represent Krista’s journey was The Moon. On the card, a crustacean emerges from the sea. It’s a true “fish out of water” scenario. The path it seeks to tread is guarded by two barking dogs, and in the distance a pair of watchtowers. Above, the Moon, her eyes closed, seems never the less to comprehend all that flows on beneath her. “Krista is an unusual person,” I began. “She rarely makes the obvious choice. She will often try several things before she finds the path that is most comfortable for her, but her intuition is very strong.”

“That sounds right,” Carla agreed. “Krista has always marched to the beat of a different drummer.”

“Then it’s not surprising that she sometimes ends up in places that others might not,” I ventured. “Now, I want you to focus your thoughts on Krista fulfilling her life’s purpose. See her surrounded by her heart’s desire.”

The Three of Cups depicts a trio of  women, possibly representative of The Three Graces of Greco-Roman mythology. They are dancing together, cups raised, in a loving, inclusive circle. Around them, strewn on the fertile ground, are fruits of the harvest. It’s a celebration of friendship and true kinship. “I think Krista may have already found the person she’s destined to be with,” I told Carla. “I believe she’s actually quite happy.”

“She doesn’t have a boyfriend … She hasn’t had one in about four years,” Carla protested.

“Carla,” I said, “I want you to envision Krista with the love of her life. Really try to think about her happiness, not your idea of what will make her happy.”

While the Ten of Cups revealed that Carla’s estimation was correct, it also opened the door for possibilities she might not have considered for her daughter. In this card, a rainbow arches over a scene that includes a loving happy couple, and their two children, happily at play. It is the fulfillment of all things familial. “Your daughter does want children, and to be happily in love,” I said. “But I think she may be a lot closer to achieving that goal that you realize.”

It’s true that the Ten of Cups appears to represent a traditional male/female couple, but the faces of the figures are turned away from the reader. I had a hunch that while Krista’s idea of love might run to conventional lines, her choice of lovers might not. “Does Krista have one special girlfriend she always hangs out with?”

“Yes,” Carla admitted. “She and Joanie are practically inseparable. I always joke that the two of them should just get married.”

“The truth is often said in jest,” I remarked, “and I think you may already know what it is. Have you considered that Krista and Joanie are a couple?

“Picture it now,” I told her. The next card I pulled, The Lovers, seemed to confirm my theory. Though this card does depict the lovers as a male/female couple, to me, it’s more representative of energy than actual gender. Like the yin and yang, each partner completes the other to create the whole.

After I explained this, Carla was silent for a moment. I thought perhaps she’d hung up the phone. “That makes a lot of sense,” she finally said. “Now, I just have to find a the right way to ask Krista what’s going on.”

“Perfect love is in the eye of the beholder,” I told her. “If Krista’s vision doesn’t match yours, will that make a difference to you?”

“It will be an adjustment,” Carla admitted, “but I love Krista, and if she’s in love with someone that makes her happy, I think I can learn to love that person, too.”

The next time I spoke with Carla, she told me that Krista and Joanie were living openly as a couple. “She says it’s too soon plan the wedding,” Carla said, “but they’re definitely going to adopt a baby once they’re married, and I can hardly wait to be a grandmother.”

Is there something unexplained going on in the life of someone you love? Let a KEEN advisor help you get to the bottom of the mystery and sort out a happy ending.