Love in the Dumps: When to Throw in the Towel

Home /Love/Love in the Dumps: When to Throw in the Towel
Love | 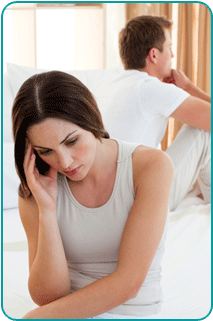 No matter how much love you give or how much time and energy you put into a relationship there are instances and incidents that signal it is time to give up. But there are gray areas too; things that might appear to be reasons to leave can actually be building blocks toward a better partnership.

Is an argument between you two a signal to end it all, or a chance to finally set ground rules for what works better? Every disagreement between you and a lover can shed light on where you two can take things. Sometimes you two can grow together, but at other times you just grow apart and it is time to end the relationship. Read below for the seven things that indicate it is time to throw in the towel.

There is no excuse for it at all. Throw in the towel immediately and get the police involved. Think of his next victim if you have reservations. The first violent arm squeeze, a slap that he tries to blame on stress, or anything else that is physically aggressive crosses the line. Throw that towel over the cliff and do not look back.

If he is in a grouchy mood before breakfast once a month or so, it can be forgiven. If he regularly taunts you with mean names, cusses you out or rages at you about little things, it is a sign of much bigger problems. Your best bet may be to leave. If you can tolerate the occasional outburst, explain that you will not tolerate being spoken to in that manner. After you have informed him of this, leave for a little while.

You must do this every time. You must not accept his excuses. You must explain to him that you will not accept verbal abuse and your follow up must be to always calmly confront him and leave for a while, even if plans have to be altered or cancelled. If he cools this pattern down, try to work with him in counseling to save the relationship. If his verbal abuse is more than just a bad habit, dump him.

You can classify manipulation as emotional abuse most of the time. Does he get you to do lots of things that you really do not want to do? Does he make you feel bad when you are not doing what he wants? While some couples go through the trial and error of misunderstandings, do you find yourself constantly acquiescing to his demands without ever having a say?

It is difficult to admit you might be in a relationship with a manipulator. You must begin to spot his manner of laying out a manipulation ahead of time and assert what you want. Many manipulators become abusers of one sort or another when the games they play suddenly no longer work.

Does the man in your life have a problem with something that has stopped him from really being himself? Be it drugs, alcohol, gambling or pornography, his abuse of something other than you is abuse nonetheless. If he will not get treatment, you must throw in the towel. Excuses are not a means of loving you, they are a method for living in denial and a plea for you to pretend that what is happening is not really happening.

If you think he might be cheating on you, he is probably headed in that direction even if he isn’t yet fully engaged in an affair. As you cannot be there to see if he is practicing safe sex, let alone if the other woman has any sexually transmitted diseases, don’t wait around to be the guinea pig. Throw in the towel.

Does the man in your life have a special girl besides you? Does he justify having an intimate and time-consuming friendship with another woman by pointing out that they do not have sex? If it bothers you and undermines the trust you have built together, then it should not be tolerated.

Feel free to throw in the towel if your guy has a special someone with whom he shares his time, feelings and effort. You cannot be the third wheel in your own relationship. Let the lovebirds finally have an excuse to go all the way. Throw in the towel and go find a fulltime lover.

Do you pay all the bills and most of his expenses? Have you been doing this for more than a month? Enough said – Throw in the towel.

Of course, it is easy to point the finger at your partner but you must also self-examine. As you read this list, consider whether you too might be exhibiting some of these behaviors. If so, perhaps it’s time to shape up before you end up sabotaging your relationship.

Other Articles by Advisor “Jane Wilcox”

Keen Editorial Staff
Keen's Editorial Staff is made up of world-class writers, astrologers, psychics, and advisors with diverse experience and spiritual sensitivity.
When Money Gets in the Way of Love
Attracting the Right Lover