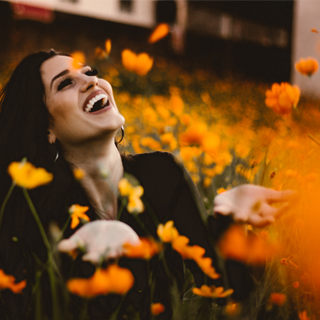 Every living thing – from plants to humans to animals – has an aura around it. It’s a type of energy field that determines how we perceive life and influences our personality and relationships.

Auras come in different colors, each with their own meaning and traits. Today, we’ll be looking at orange auras and their meanings.

What Does an Orange Aura Mean?

The orange aura is one that thrives on pure excitement. Orange auras are a true combination of the raw energy of a red aura and the blissful optimism and fun-seeking of a yellow aura. This is also a very sensual aura which shares a true passion for all things sexual and intimate.

Orange aura people tend to live life in the fast lane, surging from one exciting high to the next without ever taking a break. While extremely sociable, the orange aura’s need for continuous excitement may not lead to much time invested in deepening friendships.

However, this makes bonding with people with orange auras rather straightforward: either be exciting or join them in their exciting adventures. Those with orange auras inherently benefit from the best of red and yellow auras, including higher than average levels of creativity and intelligence. With the positives also come the negatives, frequently complex and intense because of the combination.

What Does an Orange Aura Say About Your Personality?

Having an orange aura means a life of being a daredevil, or thrill-seeking individual. Oranges thrive on excitement and are never more alive than they are when tackling a challenge.

As a positive, this manifests itself as bravery and determination to succeed no matter the odds. When risky behaviors are added into the mix, however, problems often arrive. A feeling of youthful invincibility reinforced by the common saying “you only live once” can be detrimental and even deadly with a lack of reasonable restraint.

Luckily, the number of positives for the orange aura far outweigh the negatives despite them being more hard-hitting. Those with an orange aura are natural magnets for people and new friends with their vibrant personalities, even if they do not seek them out. Individuals with orange aurascan make good leaders due to their ability to tackle any challenge that presents itself but may struggle with the interpersonal aspect of the job.

Vitality is another important trait for people with orange auras. They work hard to maintain fitness and understand how weakness or illness can affect their more physically challenging goals. Individuals with an orange aura are almost never lazy and are always on the lookout for the next draw of excitement.

The Different Shades of Orange Auras and What They Mean

Did you know there are different shades of orange auras, and each has a slightly different meaning behind it? That’s right: While you may be an orange aura person (or know one), to really understand what that means, you also have to know exactly what shade of orange you are.

Here are some common shades of orange. What does your specific shade say about your personality and behaviors?

Those with the burnt orange aura are highly ambitious and seek change in their lives. People with this orange shade tend to appreciate practicality while at the same time have a tendency to be selfish.

Peach auras are usually found in public speakers, creative types like writers, and educators – teachers, professors, and tutors. Those orange aura people whose shade is peach often possess a uniquely powerful ability to communicate thoughts and ideas to others.

This uniquely autumnal shade of orange belongs to people who have a good eye for small details and self-discipline – a boon for orange auras, who typically do not possess the power of restraint.

In friendships, those with an orange aura are seeking a partner in their adventures. Even if thrill-seeking is not your thing, being supportive of their exploits is a sure way to win their loyalty and friendship.

A supportive friend’s advice is also likely to be heeded when things get a little too risky to attempt, and this can be the difference between safety and harm. Orange auras can occasionally lean toward protectiveness of friends they view as vulnerable, their bravery driving them to your defense. While this is not a bad trait, it can sometimes interfere with your ability to forge personal relationships, particularly romantic ones.

If an orange aura person has caught your eye or you have caught theirs, you should be prepared for a wild ride. On the receiving end of affections, expect a near endless pursuit as the orange aura does not allow for submission to a challenge. The thrill and excitement of chasing what they truly desire can lead to truly passionate experiences.

It is important to avoid rushing into serious relationships with orange aura people, as passion may cool once the draw of the new experience is over. The abundance of sexuality and sensuality that is integral to an orange aura person will keep things spicy both in and out of the bedroom.

As orange aura people constantly seek new experiences, you should be open to trying new things or communicate any reluctance before their mind gets hard set on it.

In any relationship, regardless of aura, negative traits will be exhibited at some point. In people with orange auras, these typically manifest in selfish actions combined with their risky behaviors.

An orange aura individual may lose sight of what is important, such as family, if allowed to become obsessive over a particular dream or hobby of theirs. Attempts to guilt neglected loved ones into silence with claims of “not wanting me to have fun” should not be tolerated as they are a sure sign of worse things to come.

Unfortunately, addiction is very common with those who possess an orange aura and can destroy friendships and relationships. No matter the relationship type, you should attempt to be the balancing factor in their no-holds-barred world. Talk with a relationship psychic at Keen for more insights into how orange aura people interact with others.

Orange Auras in the Workplace, Career, and Professionalism

Orange aura people are a very productive bunch who will usually function well in any position. When treating their tasks like a personal challenge, you can always expect them to meet deadlines and use their resourcefulness to get things done.

They possess a generous amount of creativity that can be funneled into innovation, something highly valued in today’s technological world. As a manager, a person with an Orange aura will be reward-focused as opposed to leveling heavy criticism or penalties. It is often hard for them to view the world as others see it and thus expect offered rewards to be more than enough for everyone to perform to the best of their abilities.

As a rank-and-file employee or coworker, you can usually expect those with an orange aura to pull their weight. In situations where it is difficult to measure personal performance and success, orange auras may struggle without a sense of a goal to achieve.

They tend to function best in a career that offers them a degree of excitement or risk, such as firefighting or joining the military. These occupations allow their famous courage to shine through and, while risky, are positive ways to sate their drives. Orange auras, overall, function well in almost any situation, as inadequacies are often considered a personal challenge.

The orange aura is a powerful and exciting aura, made famous by daredevils and many heroes who have risked their lives to save others. The aura fuels an unquenchable thirst for the thrills of life, as well as the physical joys of passionate relationships.

Get Started with an Aura Reading Today

For those seeking adventure, an orange aura person is the best friend you could possibly have at your side. While balance and restraint are not words orange aura people like to hear, it is ultimately the best choice to keep life safe and your loved ones happy. Get an online spiritual reading from a trusted Keen advisor to learn more!