The Power of Your Name 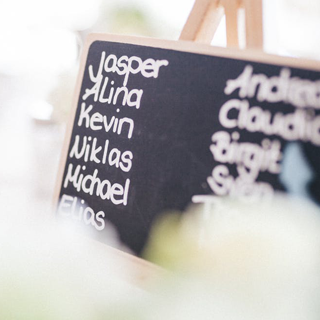 Words have meaning and names have power.

In many cultures around the world, names have deep meanings. However, over the years many cultures lost the connection of the meanings somewhere along the way.

At the time of my spiritual emergence, I finally embraced my Greek “given name”, Ariadne. Not only did I want to shed the shame and pain that my childhood name created for me, but also I wanted to feel empowered to step forward into my destiny. Ariadne means, “Most Holy”, but a fact more poignant is that in Greek mythology Ariadne was the goddess of the labyrinth. As an archetype, Ariadne, represents the wisdom in womanhood and the thread she carries, knowledge and intelligence. If you are not familiar with the myth, Ariadne used her magical thread to help the solar hero Theseus traverse the labyrinth safely on his quest to slay the Minotaur, a half man/half bull creature housed at the center. Ariadne’s labyrinth represented the maze of the subconscious, the place where dreams are made out of the legacy of our souls and creative imagination. The archetype was brought to life in the 2010 movie Inception produced and written by Christopher Nolan. In it Ariadne, played by Ellen Page, is the Architect, hired by Dom Cobb (Leonardo DiCaprio) for the specific job of manufacturing a world of dreams. With her wisdom and knowledge, Ariadne helps Cobb psychologically to resolve his grief and guilt. With my namesake, Ariadne, ruling my subconscious, my destiny was to become a dream expert, helping dreamers to enter the labyrinth of their souls to unravel the meaning of their dreams and to explore the deeper aspects of their psychology. I have my mother to thank for seeing who I truly was to become.

Historically, names have served as a fingerprint of one’s identity. For centuries the early Romans had only one name, a given name or “praenomen.” Later, three names (tria nomina) were given. The “nomen” or middle name designated the gens or clan. The last name called “cognomen” designated the family. The practice of adding a fourth name, the “agnomen,” was to commemorate the individual for some accomplishment. When the Roman Empire declined, family names became confused and single names once again became custom.

During the Middle Ages, people were referred to by a single given name and gradually the custom of adding another name was a way to distinguish one from another. By the 12th century, the use of a second name had become widespread.

What’s in a Name?

Not only do the syllables of your name hold a resonance of sound that is powerful to the ear, but also your name has a meaning that defines you. While your surname remarks on heredity, your given name is the stamp of your personal identity. There is a treasure in your name and that treasure is its meaning.

The meaning of your name may mention innate attributes and qualities you are meant to draw out of your personality as well as offering clues to your nature and your destiny.1 Your name may describe you as “fertile field”, as with Sharon; “endowed with song”, as with Aaralyn; or declare you the “lion of God”, as with Ariel. Your name’s meaning reverberates who you are or are meant to be.

You might wonder what possessed your mother and father to choose the name they did. Unfortunately, many parents recycle names to honor someone else, like a grandfather or grandmother, rather than tuning in as my mother did to honor the child with the name of their soul.

English names have roots, origins and many versions.

How to Discover the Power and Meaning in Your Name

A simple search through a baby name database on the web will result in several meanings along with the origins for your given name. There are a host of sites that can help you with your search. One of the most popular is Meaning-of-Names.com. However, you may want to begin your research by asking your parents why they chose the name they did. They may have associated the name with someone famous, a fictional character, or a distant relative that you will want to thoroughly research.

1. The most powerful name I have ever run across was Anastasia Angelica Anthrodapoulos, meaning: “resurrected angel of man”. Therefore, her initials were AAA.↩

Keen Editorial Staff
Keen's Editorial Staff is made up of world-class writers, astrologers, psychics, and advisors with diverse experience and spiritual sensitivity.
The 5 Most Common Dreams
The Art of Letting Go