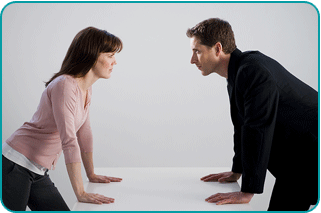 We all hear a lot about letting go of anger, curbing our temper, and learning anger management techniques. On the spiritual path, sages and gurus remind us that everyone and everything is to be forgiven and that peace and tranquility is what we all need to strive for. Anger is deemed counterproductive, useless or even destructive to our spiritual well-being and happiness. It is considered a “negative emotion” that we should reject in others and deny in ourselves. With such advice, it is no wonder that most of us shrink with guilt after our feathers get ruffled and we speak out in anger at someone we love.

But Is Anger Really All That Bad?

The notion that anger is bad needs a bit of reframing especially in spiritual circles. In truth, a little anger is good and has a function that benefits human consciousness. Used positively, anger makes us healthy, wealthy and wise and is one key to happiness.

The subconscious demonstrates that it is healthier to express anger than to keep it bottled up inside. Many dreamers report dreams in which they were boldly confronting someone with anger, telling them off when in real life they found it impossible to be as confrontational. The function of such a dream is to creatively resolve internal conflict in the best way possible—through the expression of anger.