Critical Thinking as a Spiritual Practice 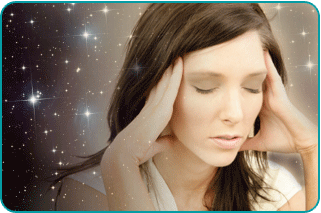 Awakening spiritually brings you out of a cocoon and into a whole new world of enlightening experiences. Your heart is awakened and your soul is reborn. Heaven seems not that far away after all. With awakening, there is an innocence about you and the world looks just as innocent, somehow less dangerous. Spiritual teachers will tell you to continue to expand your mind, banish your ego and let the currents of a creative pulse with infinite possibilities carry you. In this way, you can awaken further to the miracle of you. But at some point your feet need to touch the ground to integrate your experiences before you can push off again to further explore states of higher consciousness.

Mindless bliss is not the ultimate state of higher consciousness. Love is. Yet droves of spiritual seekers pour into meditation and consciousness-raising seminars, paying hundreds or even thousands of dollars to self-proclaimed gurus who promise spiritually enlightening experiences. The mind-altering experiences and consciousness-raising activities can have a hypnotic effect, causing many to abandon reason in favor of bliss. In October of 2009, one such event in the high desert of Sedona, Arizona proved lethal. Sixty people were crammed into an incorrectly constructed sweat lodge and for two hours sat in suffocating heat. Eighteen were hospitalized and three died of heat stroke. The tragic event was well publicized and the leader, James Arthur Ray, has been charged with three counts of manslaughter for what many consider callous and irresponsible behavior. From the testimony of participants, there were significant warning signs that participants were losing spiritual ground rather than gaining it. During one exercise or “game”, Ray played the role of God and instructed participants to pretend that they were dead. For one participant the “game” had a toxic effect reducing her to tears. When asked why she didn’t get up and leave, she said, “I didn’t want to ruin the game for everyone else.”

All That Glitters Is Not Gold

Some New Age tenets, such as “you can create anything you desire without limitation just by aligning your thoughts and envisioning it”, seem too good to be true. And they are. Common sense, experience and the empirical evidence should tell you that the universe works in more complex and mysterious ways. Why then do New Age consciousness types stubbornly adhere to tenets that don’t measure up under testing? Some are merely following the pack, others have been personally persuaded, and still others are comforted by a newly found faith. But the vast majority believes, because the notion glitters.

On the spiritual path, “spiritual gold” is mined through a long and even heroic journey into the terrain of the soul through which the individual is alchemically transformed, redefined and refined through countless tests. The consciousness of the initiate expands to touch the divine and to realize the creative potentials held within. The gold that the initiate emerges with is not material in nature, but is something far more precious—humility and enlightened wisdom.

As your intuition sharpens and those hunches prove true more often than not, you will be propelled to use your clairvoyant eye more and more. However, basing all your decisions entirely on the intuitive function can result in being pulled into a rabbit hole with Alice and having a tea party with the Mad Hatter. In other words, you can become and appear a bit daft. Balancing the intuitive function with the critical thinking and sensate functions is crucial to the process of discernment.

What Is Critical Thinking?

On the spiritual path critical thinking is often equated with being judgmental, overly critical or negative, all New Age taboos. However, as defined by Robert H. Ennis, author of The Cornell Critical Thinking Tests, “Critical thinking is reasonable, reflective thinking that is focused on deciding what to believe and do.” Critical thinking requires clear perceptions, analysis, inductive and deductive reasoning, interpretation and evaluation to guide the decision making process.

Here are some necessary components to the critical thinking process that can be applied when testing spiritual tenets: