The Things You Do for Love

Home /Love/The Things You Do for Love
Love | 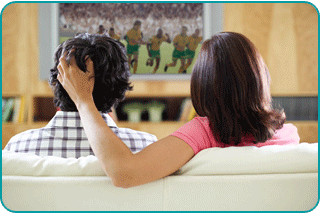 When it’s love a woman is after, she will do just about anything to lasso a man’s heart. Some women believe they need to meld into the kind of woman they imagine their love interest is looking for. A woman might put on an endearing mask and do things that would be deemed out of character, thinking she’ll win a guy’s affection.

As a woman, you want to stand out as better than the rest and you’ll spend an inordinate amount of time doing the things to bring his focus on you. Though you may try to shape-shift into an altogether different kind of person to please him, underneath it all you are still you and ultimately it’s your qualities he will embrace or reject.

On the outside looking in, the lengths a woman will go to snag a man may seem a bit extreme and even humorous. Here are some of the things a woman will resort to when she believes her authentic qualities are not enough:

Go to places you wouldn’t ordinary be caught dead in.

To be with him you’d go to a dive, play pool and drink beer despite your refined qualities and Vassar diploma. Sure, you’d prefer an elegant candle-light dinner for two at a 5-star restaurant. But the lava lamps are amusing, especially when they shine against the tequila bottle with that little worm inside. And you don’t mind the musty smell, the sawdust on the floor and the bartender who speaks gibberish. Why? You are with him at “his” favorite place. If you consistently lower your standards to honor his comfort zone, soon you’ll tolerate anything. Love is an environment you create between you.

In the name of togetherness, you put on a football jersey, memorize NFL statistics and root for his favorite team. Every time the offense tackles you grimace, close your eyes and feel pain in your bones. But you realize football is a religion and women only “rise from the fall” by joining in. So you echo his cheers, mimic his groans and settle in for a few hours of brutality. You vow later to light candles for the injured. Love tolerates no brutality.

Get a tattoo to match his.

Yes, you want him to think of you as his soulmate. So, you get a tattoo to match his or one that is complementary and have it inked on a discrete spot. When it’s revealed he’ll think, “What are the odds of that?” He’ll naturally claim you are “the one”. Playing a cosmic joke just to be cute is one thing, but tricking a guy into thinking you are his destiny, may force fate to reveal the truth in way you won’t like. Love is etched in the heart not on your skin.

Spend two hours in front of the mirror so that you look adorable.

Pigtails in the morning, hair draping over your shoulders in the afternoon, hair up in the evening, you change your look to suit his mood. There is nothing wrong with wanting to put your best face forward, but never allowing him to see your blemishes or hair mussed only proves that you believe beauty is only skin deep. If it is love you are after let him see you “au naturel”. Loving eyes see no imperfection.

Put up with a boyfriend’s rude friends.

Yes, crude, sloppy and unruly is the way you’d describe his friends. And their disgusting “women jokes” make you choke. But they are your love mate’s choice in friends after all and confronting their rudeness might upset the apple cart. So, you bite your tongue and serve them plenty of snacks. Occasionally, you even laugh along as they Insult womanhood. Yes, it would be nice if he would confront them, but he only smiles and winks at you. If he truly loved you he would stand in the fire of their disrespect and ask them to stop. True love never tolerates disrespect.

Yes, nice girls say only nice things, flatter their man, and sing his phrases. No, you don’t want to say the wrong thing. So, you put on a smile and tell him you had the perfect day at work when in truth it was the worst workday in your history. Maybe your mother told you a man doesn’t like a complaining woman or one who is opinionated. So you stick to the pleasantries until you can trust he can handle a complaint or two. Love isn’t always about saying pleasant things. Nor is love oozy and sticky. Love is powerful and says it all.

Drive across town for his favorite pizza when you are in the mood for Chinese.

There is nothing wrong with going out of your way to please a guy. But when you drop everything and hit the Los Angeles freeway during rush hour driving 20 miles in the pouring rain for his favorite thick-crust pizza, don’t you think you are going overboard? Proving your love for him shouldn’t be that much work. You want to wet his palate for you not for pizza. Love is food.

Overspend on his necessities.

Maybe your motto is: “Bar no expense to make him happy.” Sure you’ll consider his expenditures on your credit card a loan. And why not cosign on a car loan because his credit score is 300, the lowest score possible. And just because he always seems to have forgotten his wallet when you go shopping doesn’t mean he’s dishonest and a leach. You’re sure he will reciprocate as soon as he finds a decent job. If your guy thinks your bankroll is his “destiny”, he’ll consider it his “privilege” to sap you dry. Remember! “Money can’t buy you love.”

Befriend his parents thinking they hold the key to his heart.

You make it a strategy to befriend his parents. Your thinking is that if you can win their affection, he’s in your pocket. So you spend more on them at Christmas than on your own parents, drive his mom anywhere she wants to go, paint her toenails to match yours and rethink her wardrobe to give her a boost. Finally, you tell her you always wanted a big sister. And dad? You let him think you need his fatherly advice at least twice a week. The funny thing about it all is that you do like them. Therefore, it is easy to schmooze them and slide into the security of knowing you won their hearts. But this strategy may backfire if your guy thinks you have teamed up with his parents against him. Love needs few reinforcements.Ultimately, if it’s love you want then love for yourself comes first. Consider your needs before you consider his. Rather then moving into his life bring him into yours so that he can see a woman’s world is soulful. Then feed his soul not his habits.

Other Articles by Ariadne Green

Keen Editorial Staff
Keen's Editorial Staff is made up of world-class writers, astrologers, psychics, and advisors with diverse experience and spiritual sensitivity.
Should You Wait for Someone You Love?
Are Pets Ruining Your Relationship?